On 14 April 2015, a night RNAV(GNSS) approach to Hiroshima by an Airbus A320 was continued below minima without the prescribed visual reference and subsequently touched down 325 metres before the runway after failing to transition to a go around initiated from a very low height. The aircraft hit a permitted ground installation, then slid onto the runway before veering off it and stopping. The aircraft sustained extensive damage and an emergency evacuation followed with 28 of the 81 occupants sustaining minor injuries. The Investigation noted the unchallenged gross violation of minima by the Captain.

On 14 April 2015, an Airbus A320 (HL7762) being operated by Asiana Airlines on a scheduled international passenger flight from Incheon, South Korea to Hiroshima as OZ 162 touched down before the beginning of the runway after making a night non precision approach which had been conducted in visibility conditions which had rapidly deteriorated from VMC to IMC. About half way down the runway, it veered off to the left before eventually stopping. An emergency evacuation was conducted and minor injuries were sustained by two of the cabin crew and 26 of the 74 passengers. The aircraft and ground lighting and an antenna located in the undershoot area sustained substantial impact damage.

The aircraft in its final position [Reproduced from the Official Report]

An Investigation was carried out by the Japan Transport Safety Board. Data from the FDR and 2 hour CVR were successfully downloaded in support of the Investigation.

It was noted that the 47 year-old Captain had accumulated 8,242 total flying hours including 1,318 hours on type. The First Officer had accumulated 1,588 total flying hours of which all but 290 hours were on the A320. It was also noted that the flight during which the accident occurred was the first time the two pilots involved had flown together.

It was established that the flight had been uneventful until part way through the approach at destination. It was noted that the runway involved (28) was situated on the side of a hill slope with flat terrain around 1,000 below preceding the landing runway threshold and that because of this, it was not unusual for fog to form and drift onto parts of it when light winds from the direction prevailing at the time of the accident caused damp air to rise from the river valley to the south of the runway - see the illustrative diagram below. 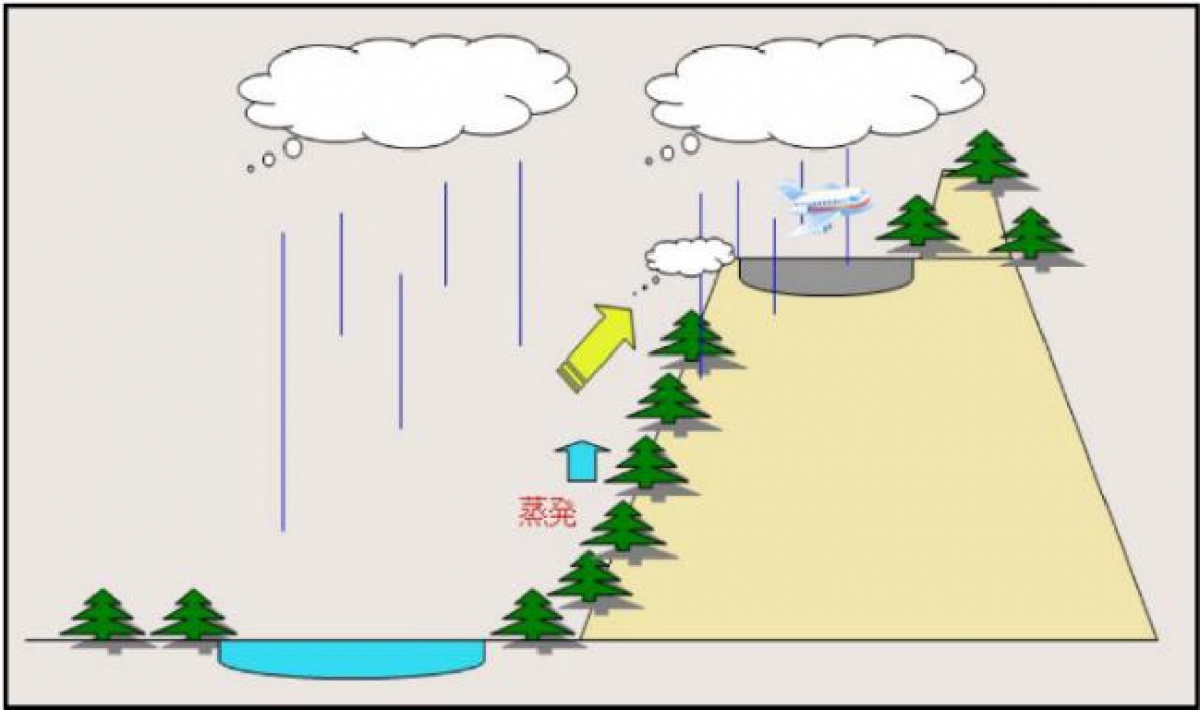 The aircraft was cleared for a RNAV(GNSS) - i.e. Baro-VNAV - non precision approach to runway 28. The applicable procedure specified a minimum RVR of 1,400 metres and a minimum height for the acquisition of visual reference as 433 feet above the landing runway threshold (Height Above Threshold - HAT). The runway had been clearly visible as the aircraft had passed approximately 1,700 feet above the HAT and the aircraft had been stabilised in accordance with SOP, but soon after this the forward view of the runway had begun to progressively deteriorate. As this began to occur, ATC advised an RVR of 1,700 metres and one second later, an RVR of 1,400 metres was found to have been recorded, although no further update was passed to the aircraft. With the aircraft passing approximately 1,000 feet HAT, the Captain, acting as PF had disconnected the AP and the FD and continued flying manually. Below 700 feet HAT, with the forward view continuing to slowly deteriorate such that it was not known whether the PAPIs would have been visible, recorded data from the FDR showed that the aircraft had begun to deviate slowly but consistently below the 3° vertical profile specified in the approach procedure. Twelve seconds later, the First Officer remarked that "it looked a bit ambiguous due to cloud" and the Captain subsequently followed with "For now, in sight, so I will continue to go." By this time the recorded (but not notified) touchdown RVR had dropped to 550 metres. The automated '100 above' call - at which point the First Officer recollected afterwards having been able to see the runway - occurred 5 seconds later but was followed by him saying (in Korean) "wow, getting invisible in a second". By the time the MDA for the procedure was reached and the automated "Minimum" call occurred, the aircraft was found to have been the equivalent of 1 dot low on the procedure vertical profile (half scale deflection indicated). In response to this call, the Captain immediately announced "continue". The First Officer followed this with "ah (in Korean), runway not in sight," and the Captain responded (in Korean) with "wait a second". By this time the recorded (but not notified) touchdown RVR was 450 metres. The Captain then repeated "wait a second" (in Korean) and instructed the First Officer to begin reading out the radio altimeter heights which he began to do in Korean, calling "500" 7 seconds later, then "400", "300", "200" and "100" at intervals of around a second - an indication that the aircraft was passing over the sharply rising terrain present a short distance before the runway. At the "100" call, the Captain announced "no runway, go-around" and the First Officer responded "Yes (in Korean) Go-around".

As the aircraft was rotated to a go around pitch attitude and TOGA thrust set, the automated radio height call of "40" was annunciated with the rate of descent rate down to "almost zero". The rear of the fuselage struck surface approach lighting located 360 metres from the landing threshold of the runway and almost immediately after this the aircraft landing gear and engines collided with 6.5 metre-high runway 10 localiser antenna. Thereafter, the aircraft slid onto the 3,000 metre-long 60 metre-wide runway before exiting it to the right after about 1,160 metres and eventually stopping on a south easterly heading approximately 1,480 metres from the threshold, about 140 metres south of the runway centreline and just 20 metres from the southern airport perimeter which abuts a steep cliff. As the aircraft continued to move after the second major impact, the cabin crew "saw oxygen masks dropping from the ceiling (and) as it became dark in the cabin (began) continuously shouting at passengers to brace for (further) impact".

When the aircraft came to a final stop, the Purser found the flight deck door open and asked the Captain "if the aircraft was alright" but in response was told to "close the door and wait outside". (The Investigation found that is highly probable that the PA and interphone systems in the cabin were unable to work and the cockpit door was unlocked and left open most probably due to damage of the electrical systems.) The Purser then heard a "tense call" from the rear-stationed cabin crew and as it "seemed that smoke was coming up in the rear, she decided that emergency evacuation was required" and initiated it. All exits except one of the four at the over wing positions were then used and a staff passenger assisted.

When the RFFS arrived at the site approximately two minutes after the accident, it was confirmed that there was no fire and that "most of evacuated occupants were heading for the International Terminal Building" with the Cabin Crew "providing guidance with a megaphone for evacuated occupants who were near the aircraft". The Purser confirmed that after the evacuation was complete, she had seen three fire engines on the left side of the aircraft but that "neither instructions nor support were provided".

The CVR recording ceased following the second (main) impact and the FDR recording ceased before the aircraft left the runway. The recorded touchdown RVR at the time of the accident was 350 metres and it had been below 1,400 metres for at least 90 seconds.

The impact caused extensive damage to the approach lighting and the ILS antenna and to various parts of the aircraft including its fuselage lower surface, side and tail and to both wings, both landing gear assemblies, both engines and the left hand engine pylon and both horizontal stabilisers.

It was confirmed that the accident aircraft had been fitted with EGPWS and that no annunciation of alerts from this system had occurred prior to ground impact.

The failure of the First Officer to call for a go around at MDA as well as the failure of the Captain to do so anyway were considered to be evidence of inadequate CRM. It was considered that the evident lack of assertiveness by the First Officer might reasonably be attributed to the manner in which the Captain exercised his command of the aircraft.

The Investigation also found that:

Safety Action as a result of the accident and known to the Investigation included the following:

The Investigation determined that the Probable Cause of the Accident was that "the aircraft undershot (the intended landing on runway 28) and the Captain (took action to) execute a go-around but collision with Aeronautical Radio Navigation Aids located ahead of the landing threshold occurred before a climb was established".