On 20 February 2014, an ATR 72-600 crew mishandled their response to an intended airspeed adjustment whilst using VS mode during descent to Sydney and an upset involving opposite control inputs from the pilots caused an elevator disconnect. The senior cabin attendant sustained serious injury. After recovery of control, the flight was completed without further event. Post flight inspection did not discover damage to the aircraft which exceeded limit and ultimate loads on the stabilisers and the aircraft remained in service for a further five days until it was grounded for replacement of both horizontal and vertical stabilisers.

On 20 February 2014, the crew of an ATR 72-600 (VH-FVR) being operated by Virgin Australia Regional Airlines on a scheduled passenger flight from Canberra to Sydney experienced an in-flight upset during descent in day VMC involving a pitch control disconnect and serious injury to the senior cabin attendant. Following recovery, the remainder of the flight proceeded without further event. Following flight completion, extensive damage to the aircraft was not discovered and it continued in service for a further five days before being grounded.

An Investigation was carried out by the Australian Transport Safety Bureau (ATSB). FDR and CVR data was successfully downloaded and used in the Investigation and equivalent QAR data was made available to the aircraft manufacturer.

It was established that the First Officer had been PF. The flight was uneventful until the descent towards Sydney with the AP engaged in VS mode and with “a target airspeed of 235 knots”, when passing 8500 feet QNH a “rapid airspeed increase” was observed. The First Officer reduced the engine power setting and used control wheel steering (CWS) to temporarily disconnect the AP “before manually raising the aircraft’s nose to control the speed”, expecting that these actions would arrest the speed trend. The Captain stated that he had been unsure if the control inputs made would be sufficient to avoid exceeding Vmo (250 KIAS) so he had put one hand on the controls and disconnected the AP in order to raise the nose further.

With both pilots making simultaneous nose-up pitch inputs, the rapid pitch up produced a noticeable increase in ‘g’ loading which prompted the First Officer to immediately reverse his control input to nose down. Both pilots then reported noticing that “the controls suddenly felt different and ‘spongy’”. A series of system status warnings were annunciated as it became apparent that the aircraft was “under control at a stable attitude and speed” - it was reported as “being level or in a slight descent at an airspeed of about 230 knots”.

One of the warnings was ‘Pitch Disconnect’ indicating that the left and right elevator control systems had uncoupled from each other which allowed independent movement of the left and right elevators via the Captain’s and First Officer’s control columns respectively. After determining that neither column was jammed, it was decided that the Captain would take over as PF for the remainder of the flight which was completed without further event.

The upset associated with the occurrence of a flight control disconnect was found to have resulted in the senior Cabin Attendant sustaining serious injury.

Recorded flight data showed that there had been no atmospheric turbulence prior to crew intervention. It showed that “in the seconds leading up to the occurrence, there were a number of rapid increases in the recorded airspeed” with the First Officer making “three nose up control inputs” whilst the AP was temporarily disconnected. Just before the pitch disconnect occurred and “shortly before the First Officer made the third nose up input”, a small pitch up input was made on the Captain’s control column and then, when the First Officer reversed his pitch command, the Captain’s pitch up input “increased at about the same rate that the First Officer’s pitch up input decreased and the elevators uncoupled as per design for prevent jamming of the controls”. At disconnect, vertical acceleration was increasing through +2.8g to reach a maximum of 3.34g one second later and aircraft pitch attitude was increasing. The data showed “peak elevator deflections of +10.4° and -9.3° […] about 0.2 seconds after the pitch disconnect” and that about 0.25 seconds after these peak deflections, the Captain had moved his control column forward until both elevators were in similar positions. It was noted that “due to the data resolution and lack of a parameter that monitored the pilot’s disconnect button, it could not be determined if the autopilot disconnection was due to the load exceedance or the manual disconnection reported by the Captain”. It was noted from the CVR data that the first verbal indication of flight crew awareness of the pitch disconnect was about 6 seconds after the master warning caused by it had activated.

Significant structural damage caused to the aircraft by the “large asymmetric elevator deflections” when near to Vmo (which was not exceeded) was not identified until 5 days later during which time the aircraft continued to be operated on the basis that it was airworthy. Examination of the aircraft by investigators and ATR representatives then found extensive damage had been caused to the horizontal stabiliser (some is shown in the annotated photographs below) which included:

Following these findings, ATR required that both the horizontal and vertical stabilisers should be replaced before release for any further flight.

In the earlier stages of the Investigation, the ATSB was not aware of any other in-flight pitch disconnect occurrences on ATR 42/72 aircraft so that it was considered existing procedural risk controls would be effective in maintaining a sufficiently low probability of a recurrence. However, when ATR responded to a request for details of any other pitch disconnect events of which they were aware, it became clear that there had been at least three other similar events where simultaneous opposing pitch control inputs had led to a ‘breakout’ of the pitch control system in flight. It was noted that two of these events remain under investigation by “other international agencies” so that verified details are not yet available and it appears that the circumstances surrounding the third event are not fully understood. 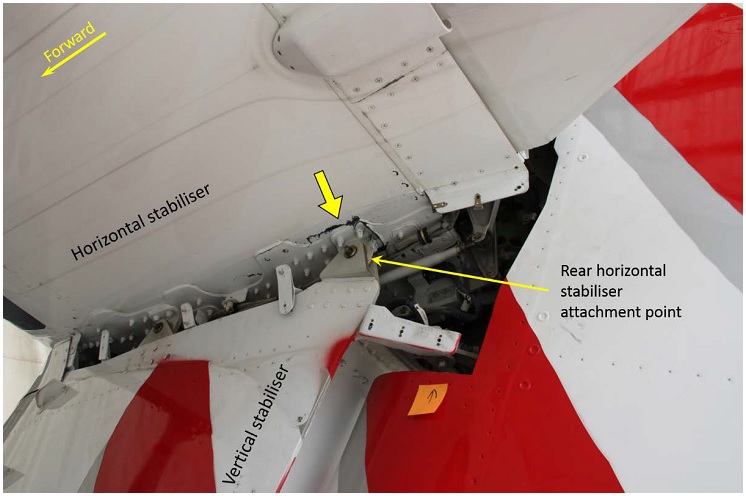 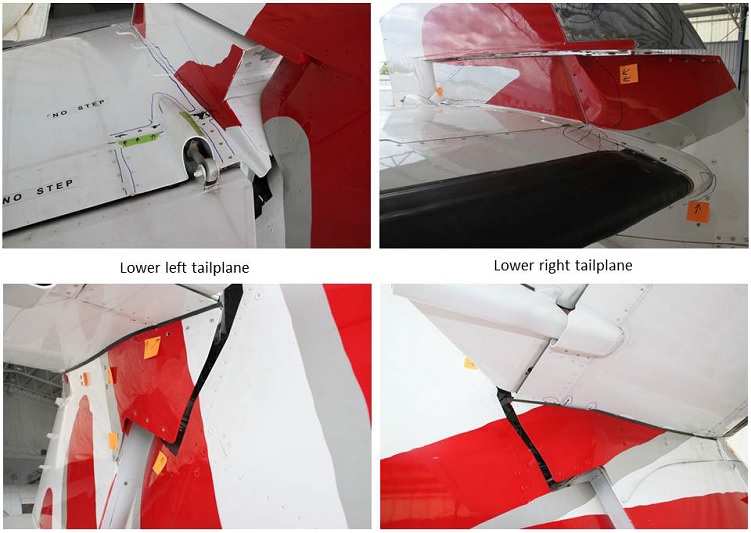 Once it became known that there had been other in-flight pitch disconnect occurrences, none of which had been the result of following the QRH response to a jammed control system, it became clear that the likelihood of an inadvertent in-flight pitch disconnect was higher than had first been considered. It was therefore determined that a Safety Issue existed as follows:

The Safety Issue identified has been deemed to be of sufficient magnitude to warrant the release of the Interim Report on which this summary is based and this was published on 15 June 2016.