On 16 August 2007, a Westjet Boeing 737-700 which had just landed began to cross a runway in normal daylight visibility from which an Airbus A320 was taking off because the crew had received a clearance to do so after an ambiguous position report given following a non-instructed frequency change. When the other aircraft was seen, the 737 was stopped partly on the runway and the A320 passed close by at high speed with an 11 metre clearance. The AMASS activated, but not until it was too late to inform a useful controller response.

On 16 August 2007, a Boeing 737-700 being operated by Westjet on a scheduled passenger flight from Calgary to Los Angeles and taxiing in at destination after landing on runway 24R began to cross runway 24L on which an Airbus A320 being operated by Northwest Airlines was taking off in normal day visibility. It stopped after being instructed to by ATC but the right wing of the departing A320 passed close to the nose of the 737.

An Investigation was carried out by the National Transportation Safety Board (USA) (NTSB). It was found that at the time of the incident, both northern runways were in use for landings and runway 24L also for take offs. The prevailing ground visibility was normal.

It was established that the 737 had exited runway 24R by means of a hard left turn onto taxiway ‘Y’ and had then changed to GND frequency without any such instruction being given. The phraseology used by the 737 flight crew when checking in with GND led the controller to initially assume that the TWR controller had already cleared the aircraft to cross runway 24R and so had responded with a confirmation to continue taxiing to the already-identified gate. Ten seconds later, as the 737 approached runway 24R, its crew called GND for confirmation that they were cleared to cross. Initially, the aircraft identification was missed by the GND controller but when he asked who called and the request for confirmation was repeated, he realised that the aircraft had not been given permission to cross and told it to stop. He subsequently advised that he had not initially realised that the 737 still had to cross runway 24L to reach the terminal area. 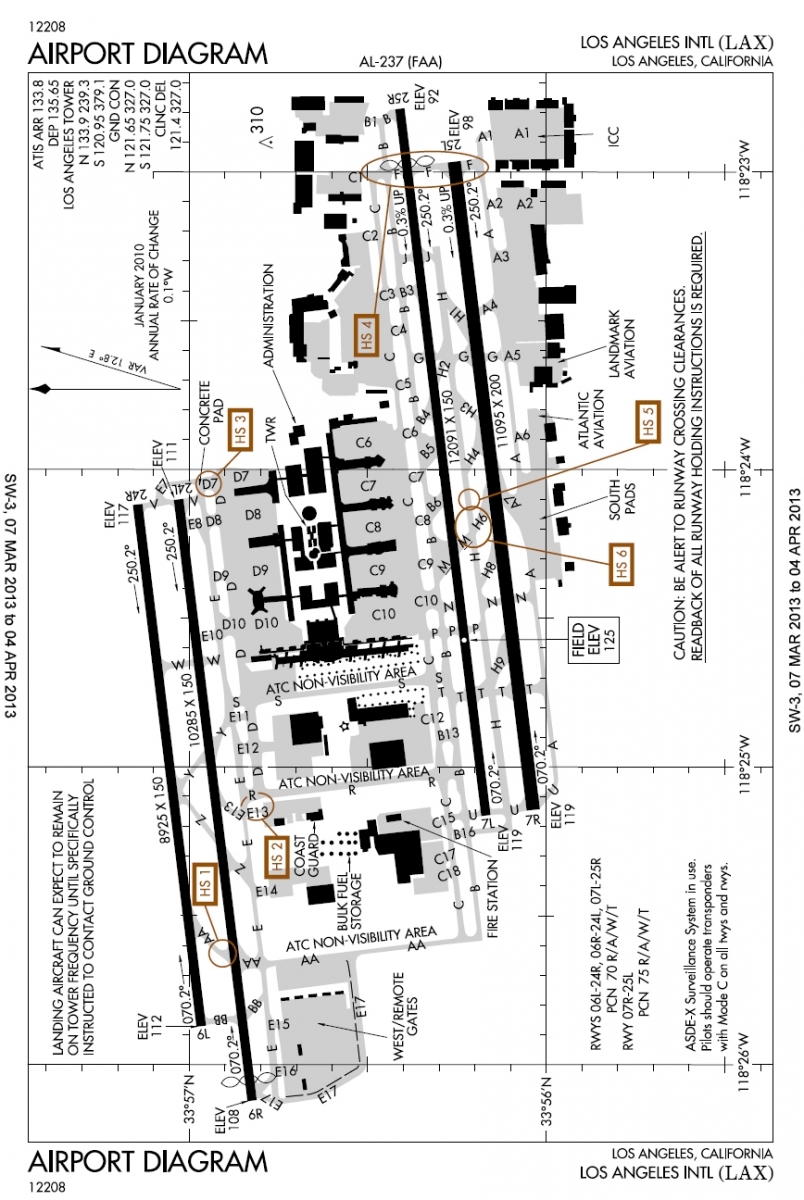 The TWR controller stated that the Airport Movement Area Safety System (AMASS) had activated when the A320 was approaching the taxiway ‘Y’ intersection with ‘runway occupied’ and he had then looked and saw that the 737 had crossed the holding point on ‘Y’ but stopped clear of the actual runway. As he estimated that the A320 was probably approaching V1, he allowed it to continue. Recorded data showed that the wingtip to nose clearance as the A320 passed by at high speed on the 45 metre wide runway was 11 metres, which, given the A320s 34 metre wingspan, and assuming the A320 was maintaining the runway centreline, would confirm that the nose of the 737 had not intruded into the actual runway by the time it stopped.

It was noted that local procedures at the time of the incident permitted a GND controller to retain control over an aircraft crossing an active runway provided that the necessary clearance to cross was obtained from the TWR controller.

The Probable Cause of the incident was formally determined as:

The Final Reports OPS07IA009A and OPS07IA009B of the Investigation were adopted on 30 November 2007. No Safety Recommendations were issued.