On 13 March 2011, a Turkish Airlines Boeing 737-800 stopped climb shortly after take off after misreading the SID chart. After levelling at 450 feet agl, it continued following the lateral part of the SID only until ATC re-iterated the requirement to climb after resolving a temporary loss of contact due to an un-instructed premature frequency change. It was found that the crew had received but apparently not responded to an EGPWS PULL UP Warning. It was concluded that there was an opportunity to improve the clarity of UK SID charts to aid pilots with limited English language skills.

On 13 March 2011, a Boeing 737-800 being operated by Turkish Airlines on a passenger flight from London Stansted to Ankara stopped climb prematurely in day Visual Meteorological Conditions (VMC) soon after take from runway 22 on a CLN 8R SID. After earlier noting a normal take off and initial climb, the TWR controller subsequently observed the aircraft in a steep nose down attitude before it levelled off and began the prescribed SID left turn at that level. Although a frequency change to departure had not been given, the TWR controller was unable to make contact with the aircraft and advised the departure controller accordingly. The latter was eventually able to re-iterate the need to climb and the rest of the SID was flown normally.

An Investigation was carried out by the UK AAIB. It was found that the reason for the failure to climb was the misreading of the SID procedure chart by the flight crew. Such misreading was also found to be the reason for a premature change of frequency to departure which had prevented TWR from making contact with the aircraft when the unexpected flight path was observed, since this UK standard procedure was re-iterated on the SID chart. The Jeppesen Chart used by the crew is reproduced below as included in the Investigation Report. 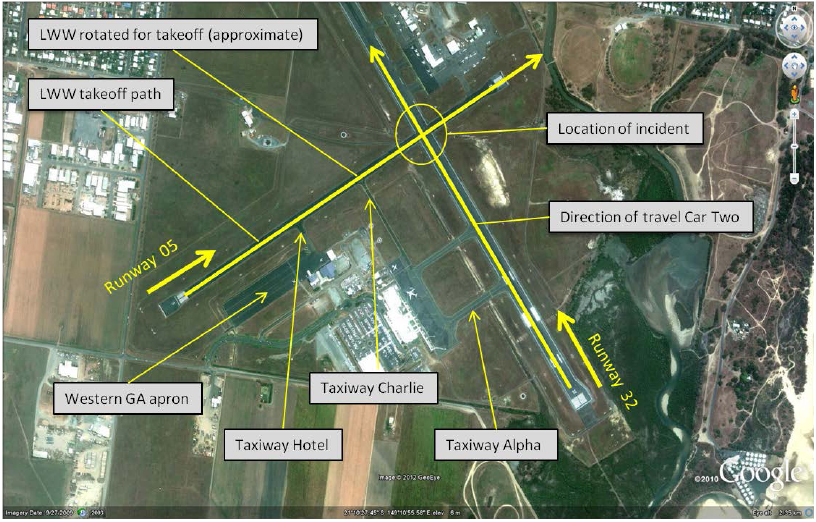 It was advised that the First Officer had been PF and was making his first visit to London Stansted and noted that although the aircraft commander was experienced on the aircraft type, he was on only his third visit to any UK airport. It was determined that prior to take off the First Officer had selected 800 feet as the stop altitude on the MCP and then, soon after take off, had engaged the AP, at which point the aircraft had pitched nose down reaching a maximum altitude of approximately 1050 feet QNH before descending to 800 feet QNH - equivalent to approximately 450 feet agl. Upon being alerted by the TWR controller to loss of contact with the aircraft and its abnormal flight path, the departure controller called the aircraft to request its passing and cleared altitude and after a repeated request, the aircraft was understood to have responded with “now at 8800 feet” - contrary to the radar display reading of 800 feet. A request for confirmation of “8800 feet” produced a response of “altitude eight hundred six sixty now”. A further request to confirm climbing to 4000 feet, the applicable SID stop altitude, received the response “no climbing 4000” and the mode ‘S’ data display showed a change from 800 feet to 3200 feet and then to 4000 feet during the dialogue. The remainder of the SID was flown normally.

It was found that the setting of 800 feet on the MCP had followed an interpretation by the pilots of the chart instruction to make an “initial climb straight ahead to 850 ft” in conjunction with the following two instructions (see chart) as a requirement to level at 850 feet until ATC further vertical clearance was issued with 800 feet being the nearest available setting which would not exceed 850 feet.

The Investigation subsequently learned that the crew had received Terrain Avoidance and Warning System (TAWS) Alerts of ‘Don’t Sink’ followed by the EGPWS Hard Warning ‘PULL UP’ during the incident but the relative timing of these activations could not be established in the absence of FDR/QAR or EGPWS NVM data and there was no mention of any response.

A review of the context for the event noted that the International Civil Aviation Organisation (ICAO) minimum height for commencing a turn on a SID of 120 metres (equivalent to 394 feet) is modified in the UK to 500 feet aal. However, it was found that there were detail variations in how UK AIP SID charts included this requirement in respect of whether it was included as a QNH or aal figure.

Safety Action taken by ANSP NATS since the incident to harmonise London TMA SID instructions in respect of minimum turn altitude to read “no turns below….” was noted.