On 2 October 1996, the crew of an Aero Peru Boeing 757 which had just made a night take off from Lima after maintenance found that all their altimeters, ASIs and VSIs were malfunctioning. A return was attempted but they did not respond to correctly functioning SPS or GPWS activations or use their RADALT indications and control was lost and sea impact followed. The instrument malfunctions were attributed to protective tape placed over the static ports which was not removed by maintenance before release to service or noticed by the crew during their pre flight checks.

On 2 October 1996, a Boeing 757-200 being operated by Aero Peru on a scheduled passenger flight at night from Lima to Santiago experienced control difficulties because of incorrect flight instrument readings. A return to Lima was attempted but when control was lost the aircraft impacted the sea and all 70 occupants were killed.

An Investigation was carried out by an Accident Investigation Board made up of personnel from the Peruvian General Directorate of Air Transport (DGTA). Flight Data Recorder (FDR) and Cockpit Voice Recorder (CVR) data was recovered to assist the Investigation. After establishing that the apparently malfunctioning altimeters and airspeed indicators (ASIs) had been serviceable, it was quickly concluded that the problem with these instruments had been the result of a failure at any time before the night departure to see that all the static ports were still taped-over after release for the flight from maintenance.

The CVR confirmed that the First Officer had acted as PF for the departure. It was noted that the flight crew were experienced in proportion to age and that neither were new to the aircraft type. Post accident testing confirmed that the radio altimeters and relevant aircraft alerting systems including the Stall Protection and GPWS/TAWS had been in normal working order.

It was established that immediately after take off from runway 15, the flight crew had identified a lack of credible altimeter indications. Three minutes after becoming airborne, an emergency was declared to TWR ATC and radar vectors were requested. ATC APP began providing vectors for an Instrument Landing System (ILS) to runway 15 and were immediately asked to also provide the speed of the aircraft and told that the crew were “having problems with the controls”. Two minutes later ATC were advised that the aircraft was at FL120 and flying out to sea on heading 205° and ATC suggested a heading of 350° would be appropriate in order to route towards the ILS LLZ. As vectoring continued, the crew repeated their need for assistance with altitudes and speeds due to “trouble reading their instruments” and advised ATC that “they had cut the engines and were still accelerating”. Soon afterwards, they advised that their speed remained high and asked to be “rescued”, requesting the support of another aircraft, which was arranged.

When asked two minutes later about the malfunctions being experienced, the First Officer stated that none of the altimeters, airspeed indicators or vertical speed indicators were functioning properly and that, after an over speed warning, although thrust on both engines had been cut, the aircraft was still not slowing down. A GPWS alert was then advised and ATC advised that on radar, the aircraft was showing FL105 and making a turn to the west 40nm from the airport (i.e. over the sea). Shortly afterwards, the crew advised ATC that their indicated speed was 370 knots to which the controller responded that ground speed was 220 knots and that the aircraft was on radar at 50nm from the airport heading 270 at an indicated FL 100, which corresponded to the reading on the aircraft altimeter. ‘Too Low terrain’ GPWS Warnings began to be annunciated. Two minutes later, after a total time airborne of 29 minutes, FDR data showed that the aircraft had hit the sea surface at a speed of 250 knots in a near level attitude and bounced into a climb of about 300 feet before a second terminal impact 18 seconds later. 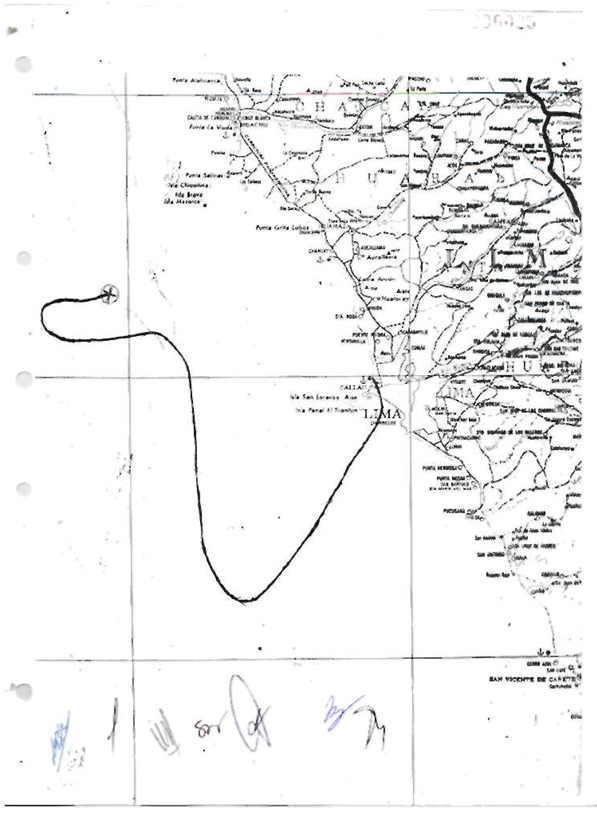 The TWR controller reported noting visually that after becoming airborne, the aircraft had levelled out over the long runway abruptly at a height of approximately 300 feet, before continuing the climb into the 800 feet base of a 2200 feet thick stratus layer present in the vicinity of the airport. The height of 300 feet was noted to correspond to the time when the crew had first advised of altimeter indication faults and when FDR data also showed that failure of both airspeed and altimeter indications had begun to trigger false system warnings.

A review of the CVR data showed that overall both pilots had been similarly confused by the corrupt instrument readings but that the First Officer had voiced more doubts about the wisdom of descent against persistent GPWS warnings. In the presence of almost continuous audible alarms, including the (valid) stick shaker due to the low thrust set because of over speed warnings, the Investigation concluded that the aircraft commander “falters in his commands” and noted that the GPWS Warnings were interpreted by him as false because they contradicted the (erroneous) altimeter indication on the basis that the aircraft reading was several times corroborated by the radar controller.

A significant problem during the whole flight was the persistence of rudder ratio and mach speed trim warnings, which were a distraction and adding to the problem of multiple other alarms and warnings which it was concluded created “chaos which they do not manage to control, neglecting the flight and not paying attention to those alarms which (were) genuine”.

As to the origin and purpose of the tape over the static ports, it was noted that prior to the flight, the aircraft had been parked in the maintenance area where two fan blades of one of the engines had been replaced because of bird strike damage. The hydraulic pump of the right hand engine had also been changed. It was concluded that the maintenance staff did not remove the protective adhesive tape from the static ports after completing their work. This tape was then not detected during the various phases of the release of the aircraft to the line mechanic, in the course of its transfer to the passenger boarding apron or during the pre flight external inspection carried out by the accident aircraft commander.

It was determined that the Principal Probable Cause was:

Contributing Causes were determined to have been:

It was also noted in respect of rescue coordination that in respect of liaison between ATC and the Coast Guard after the accident outcome, there had been a complete lack of coordination in the emergency procedures. It had taken six hours to identify a coast guard search aircraft by which time a Navy aircraft had already found the remains of the aircraft.

A total of 34 Safety Recommendations were made as a result of the Investigation:

The Final Report of the Investigation was issued in December 1996.

Editors Note: The Final Report is an unofficial translation made from the published original report in the interests of safety improvement with no objection from the Peruvian authorities.