On 19 June 2011, an Embraer ERJ145 being operated by Expressjet AL on a scheduled passenger flight departing Gulfport in day VMC came into close proximity with a privately operated Cessna 172 which had just departed another runway at the same airport which had an extended centreline which passed through the centreline of the runway used by the 145. There was no manoeuvring by either aircraft and no injuries to any occupants.

On 19 June 2011, an Embraer ERJ145 being operated by Expressjet AL on a scheduled passenger flight departing Gulfport in day Visual Meteorological Conditions (VMC) came into close proximity with a privately operated Cessna 172 which had just departed another runway at the same airport which had an extended centreline which passed through the centreline of the runway used by the 145. There was no manoeuvring by either aircraft and no injuries to any occupants.

After an initial delay in receiving notification of the event, the National Transportation Safety Board (USA) (NTSB) carried out an Investigation.

It was established that both aircraft had been being flown in accordance with their ATC clearances, the 145 taking off from runway 14 shortly after the Cessna had taken off from runway 18 and that the same controller had issued both take off clearances. Radar data showed that the 145 had crossed 300 feet laterally ahead of the Cessna when both were at an altitude of 300 feet and still within the airport perimeter. No traffic information was issued to either aircraft and it appeared that the E145 pilots had not noticed that the Cessna had just received a conflicting take off clearance. 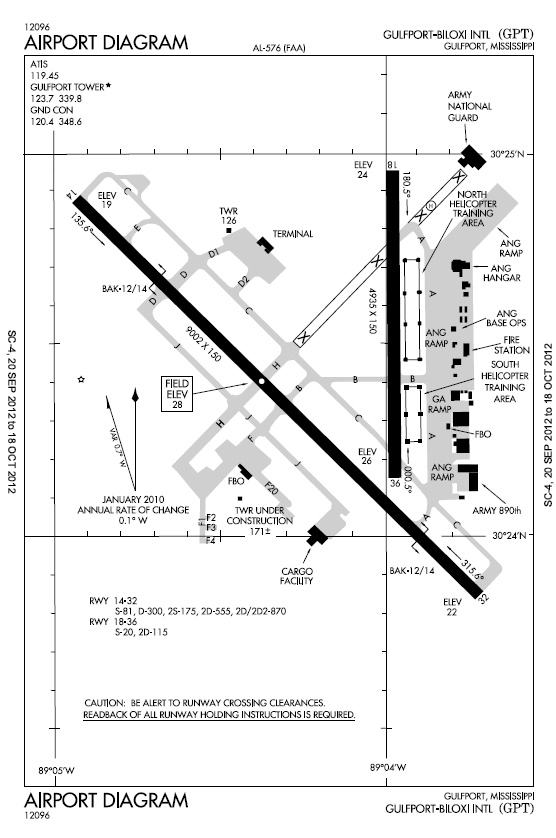 At the time of the incident, the TWR was manned by an approach controller performing radar functions in the tower and a ‘local controller’ who was also the designated ‘controller-in-charge’. At the time the two conflicting take off clearances were issued, an OJTI and a developmental controller were standing behind the controller-in-charge having just arrived in the TWR to take over the position and heard the consecutive takeoff clearances. The OJTI advised the controller that “you’ve got two rolling” but there was no acknowledgement. The developmental controller recalled seeing the 145 pass in front of the Cessna. After the conflict, the 145 crew queried whether the Cessna had been on a go around and were told by the controller (erroneously) that this was the case.

During interview, the incident controller stated that from previous experience, he had anticipated that the Cessna departing runway 18 would take 3 to 5 minutes to get airborne and that the E145 would depart well in advance of the Cessna. He also stated that he did not observe the two aircraft depart as he was assisting the APP controller with a flight progress issue at the flight data input/output (FDIO) terminal. He further advised that when the 145 queried him about the Cessna, he did not understand how the two aircraft could have conflicted with each other and “assumed the Cessna was a non radio arrival at the airport on a go-around.” He “did not comprehend that the Cessna could have departed so rapidly after being issued a takeoff clearance”.

It was noted that Gulfport was a combined APP radar and TWR facility which also functioned as a training facility staffed by two managers, 13 qualified controllers and, at the time of the occurrence, 10 ‘developmental controllers’ who were all required to receive a minimum of two hours OJT each day. The radar room was not open at the time of the occurrence and it was noted that a facility policy required that in such circumstances, a log entry should be made to record the fact and the reason for it. The incident controller (and controller-in-charge) subsequently stated that had the radar room been opened, the available staffing would not have allowed compliance with the mandatory two hour training for developmental controllers but no reason was offered to explain why there was no log entry.

The Investigation found that whilst management were aware that the incident controller had already been withdrawn from OJTI duty and subsequently from TWR duty, he had not been advised of this action and was also still certified to work as a controller-in-charge which by definition allowed him to work any position and, after assigning controller-in-charge responsibility to another controller, perform OJTI duties after hours, on weekends, before management arrived at the facility each weekday morning, or at any other time when he was not under active supervision. It was noted that it had been entirely fortuitous that a situation whereby the incident controller could have assigned himself to the TWR position or provided OJTI had not arisen between the time of the investigated occurrence and the NTSB Investigation.

The Probable Cause of the incident was determined by the NTSB as:

The Final Reports of the Investigation OPS11IA673A and OPS11IA673B were approved by the NTSB on 18 January 2012. No Safety Recommendations were made and any ANSP (FAA) safety action taken as a result of the findings is not recorded.