The term Aircraft Ground Running is usually used to describe the operation of some or all of the engines of an aircraft, whilst on the ground, for the purpose of functionally checking the operation of either engines or aircraft systems. This usually takes place prior to the Release to Service of an aircraft from maintenance. Ground running may be carried out either prior to, during or after the rectification of a defect or scheduled work on an engine or an aircraft system, when this requires engines to be operating in order to assess its function. Although the aircraft may need to be taxied or towed to an approved ground running position under a clearance from ATC, most operators and maintenance organisations do not require pilots to be on board because aircraft technicians can be trained and approved for these duties.

Whilst there are many relevant regulatory aspects of which there must be awareness by persons controlling such operations, there are no general regulatory requirements which apply to the supervision and control of this specific task. Therefore, this article seeks to provide guidance which can inform about risk mitigation.

The Risk to Operational Safety

The risks which may arise from engine ground running relate to the potential for loss of control of the aircraft by those persons occupying the pilot seats in the flight deck. In most cases, such persons will be maintenance personnel holding specific company-issued approval for the required tasks. The consequences of loss of control during taxi or towing are the same as apply to these operations generally and this article is concerned only with the risks arising from the static running of one or more aircraft engines. Unwanted consequences from such static running are mainly related to those arising from the unintended movement of the aircraft during engine running - effectively a loss of control - especially during high power engine running. Damage can occur to the aircraft itself, other aircraft nearby or to airside structures. In addition, there is a risk of injury to ground support personnel who may be in relatively close proximity to the aircraft. 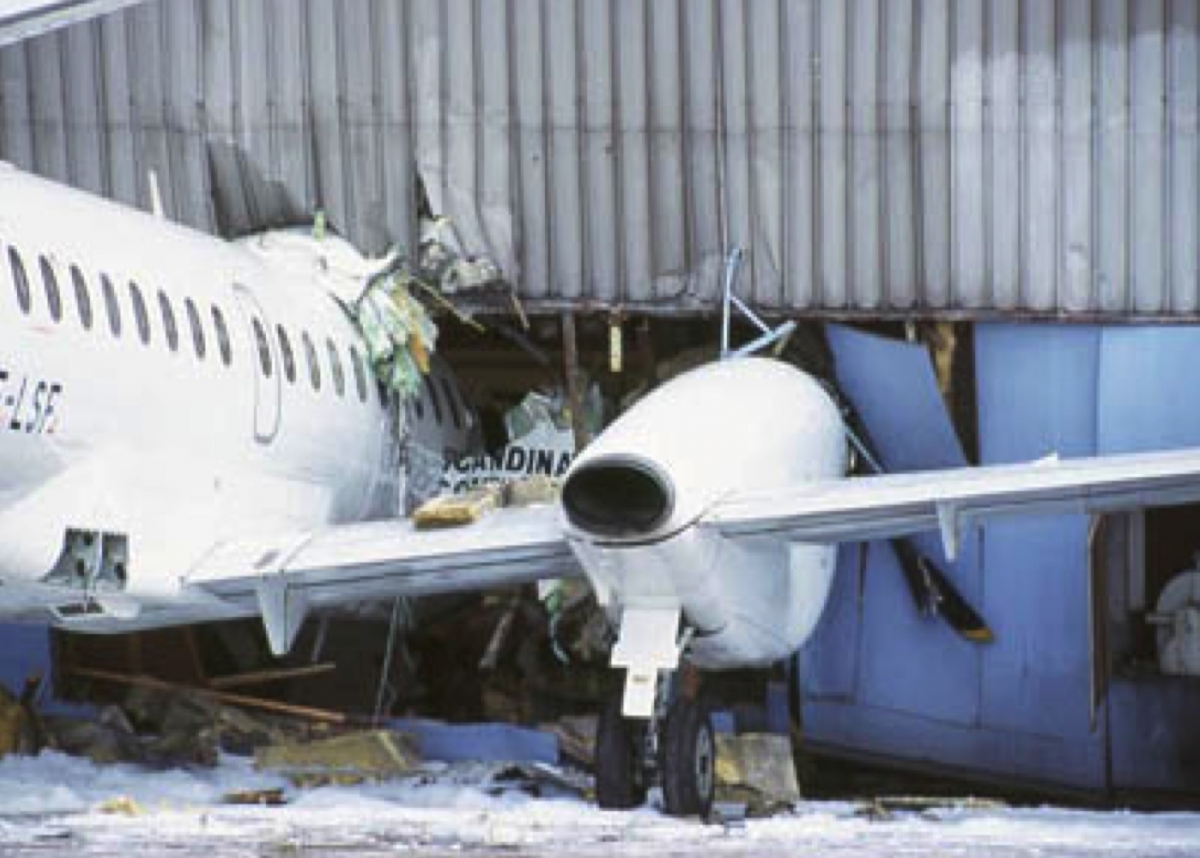 The best form of overall mitigation is to ensure that all persons authorised to supervise or directly participate in engine ground running from the flight deck, who are not pilots or flight engineers currently rated on the specific aircraft type, are in receipt of suitable initial training and that there is a proper system for both initial and recurrent qualification for engine ground running duties. Both initial and recurrent qualification must include practical training and assessment of task competence using either a full flight simulator or an aircraft. Between formal competency assessments, a maximum interval between performance of the qualified task should be specified. If that interval is exceeded, the qualification would become void until remedial action has been competed. In this respect, the task of engine ground running should be seen as part of a broader group of aircraft ground movement tasks which can be carried out under the control of flight deck occupants other than type rated flight crew.

Generic and type specific knowledge requirements and practical experience related to ground engine runs defined in regulations (i.e. in Europe EASA Part 66 Appendix I (Basic Training Requirements) and Appendix III (Type Training Requirements), AMC 66 Appendix II (Aircraft type practical experience list of tasks)) have to be met by the license holders. Only certifying staff, whose competency has been assessed by the Quality Department of the Approved Maintenance Organisation (i.e. Part 145 Approved Organisation in Europe), can / should be issued with “certification authorisation” to conduct ground engine runs. Although the regulations do not stipulate, some organisations use simulators for training their engineers whilst others prefer on-the-job training and expect engineers to carry out engine runs under supervision before they are given the authorisation. All certifying staff must follow the up-to-date ground engine run procedures, which are defined in the applicable Aircraft Maintenance Manual (AMM) as well as the Maintenance Organisation Exposition, which may include additional specific requirements applicable to the organisation. (Ref: AMC.145.A.70)

Key proactive components for safe task completion are clear procedural guidance and a series of Checklists for use during each stage of a ground running task. Standard Checklists, which should be specific to the non-airborne limitation and so cannot just be the flight crew versions, should include:

In addition, response to potential but unexpected occurrences must be covered by appropriate training and, where a rapid response may be necessary, memory actions.

Finally, engine ground running, especially if engine operation above Ground Idle is to take place, is best carried out with both flight deck pilot seats occupied and with clearly defined roles for the person in charge and their assistant. In particular, this allows checklists to be carried out using the challenge and response method.

Although non-injury engine ground running incidents will not normally be subject to investigation under Annex 13 procedures, it is important that, to facilitate any necessary modification to future risk management, all serious incidents are subject to the same standard of independent investigation as would apply to an event occurring when the aircraft was released to service and under the control of qualified flight crew.

On June 2, 2006, an American Airlines Boeing 767-200ER fitted GE CF6-80A engines experienced an uncontained failure of the high pressure turbine (HPT) stage 1 disc in the No. 1 engine during a high-power ground run carried out in designated run up area at Los Angeles for maintenance purposes during daylight normal visibility conditions. The three maintenance personnel on board the aircraft as well as two observers on the ground were not injured but both engines and the aircraft sustained substantial damage from the fuel-fed fire which occurred as an indirect result of the failure.