Airspace infringement occurs when an aircraft enters notified airspace without previously requesting and obtaining clearance from the controlling authority of that airspace, or enters the airspace under conditions that were not contained in the clearance.

It should be noted that VFR traffic cannot infringe class E airspace because, under ICAO rules, neither an ATC clearance nor radio communication is required to enter or operate within it, unless filed national differences call for one or the other (or both). Traffic following instrument flight rules (IFR) can infringe class E airspace when not in receipt of a clearance to enter it.

Although VFR flights do not require clearance to enter Class E airspace, serious incidents have occurred between VFR and IFR flights in such airspace due largely to limitations in the “see-and-avoid” principle. Therefore this type of incident is also being addressed by airspace infringement prevention initiatives.

All classes of aircraft are prone to airspace infringement, but the majority of incidents recorded involve General Aviation (GA). This is unsurprising, as most GA VFR flights are conducted outside controlled areas and zones, and are in general flown by less trained and less experienced leisure pilots; whereas IFR flights are usually conducted within controlled airspace and carried out under the supervision of ATC units.

The following events recorded on SKYbrary involved an incursion into controlled airspace:

On 4 July 2019, the operator of an Alauda Airspeeder UAV lost control of it and it climbed to 8000 feet into controlled airspace at a designated holding pattern for London Gatwick before falling at 5000 fpm and impacting the ground close to housing. The Investigation was unable to establish the cause of the loss of control but noted that the system to immediately terminate a flight in such circumstances had also failed, thereby compromising public safety. The approval for operation of the UAV was found to been poorly performed and lacking any assessment of the airworthiness of the UAS.

On 20 July 2014, the pilot of a VFR Cessna 172 became distracted and entered the Class 'C' controlled airspace of two successive TMAs without clearance. In the second one he was overtaken by a Boeing 738 inbound to Copenhagen with less than 90 metres separation. The 738 crew reported a late sighting of the 172 and seemingly assessed that avoiding action was unnecessary. Although the 172 had a Mode C-capable transponder, it was not transmitting altitude prior to the incident and the Investigation noted that this had invalidated preventive ATC and TCAS safety barriers and compromised flight safety.

On 11 August 2012, the augmenting crew member in the flight deck of an Airbus A340 about to join final approach to Zurich in Class 'C' airspace as cleared suddenly saw a glider on a collision course with the aircraft. The operating crew were alerted and immediately executed a pronounced avoiding manoeuvre and the two aircraft passed at approximately the same level with approximately 260 metres separation. The Investigation attributed the conflict to airspace incursion by the glider and issue of a clearance to below MRVA to the A340 and noted the absence of relevant safety nets.

On 26 July 1999, an ATR 72-200 being operated by Mount Cook Airlines on a scheduled passenger flight from Christchurch to Queenstown entered the destination CTR without the required ATC clearance after earlier cancelling IFR and in marginal day VMC due to snow showers, separation was then lost against a Boeing 737-200 being operated IFR by Air New Zealand on a scheduled passenger flight from Auckland to Queenstown which was manoeuvring visually (circling) after making an offset VOR/DME approach in accordance with a valid ATC clearance.

On 27 January 2005, two USAF-operated McDonnell Douglas F15E fighter aircraft, both continued to climb and both passed through the level of an Embraer 145 being operated by British Airways Regional on a scheduled passenger flight from Birmingham to Hannover, one seen at an estimated range of 100 feet.

On 15 October 2008, following participation in a military exercise over East Anglia (UK), a formation of 2 foreign Eurofighters entered busy controlled airspace east north east of London without clearance while in the process of trying to establish the required initial contact with military ATC, resulting in loss of prescribed separation against several civil aircraft.

On 19 December 2002, a Piper PA-46 Malibu, after takeoff from Son Bonet Aerodrome, penetrated the control zone (CTR) of Palma de Mallorca tower. The pilot was instructed to leave the CTR and the aircraft headed towards mountainous terrain to the north of the island where the flight conditions were below the VFR minimum. In level flight the aircraft impacted terrain at an altitude of 2000 ft killing all three occupants. 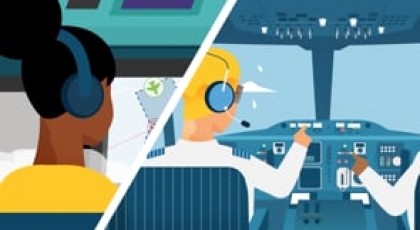 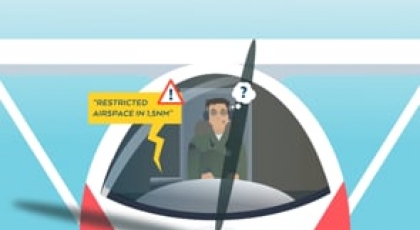