The Area Rule, also called the Whitcomb area rule and the transonic area rule, is a design technique used to reduce drag caused by airflow at transonic and supersonic speeds during transonic flight.

The area rule says that two airplanes with the same longitudinal cross-sectional area distribution have the same wave drag, independent of how the area is distributed laterally (i.e. in the fuselage or in the wing). Furthermore, to avoid the formation of strong shock waves, this total area distribution must be smooth. As a result, aircraft have to be carefully arranged so that at the location of the wing, the fuselage is narrowed or "waisted", so that the total area does not change much. Similar but less pronounced fuselage waisting is used at the location of a bubble canopy and perhaps the tail surfaces.

Originally, the shaping of the Boeing 747's upper deck "hump" was designed to be as small as possible given normal streamlining principles. It was later realised that the drag could be reduced much more by lengthening the hump, using it to reduce wave drag offsetting the tail surface's contribution. The new design was introduced on the 747-300, improving its cruise speed and lowering drag, with the side effect of slightly increasing capacity on passenger flights.

The AIRBUS A-380-800 has several area rule-dictated features - the jet engines in front of (and not directly below) the wings and the shaping at the wing root. 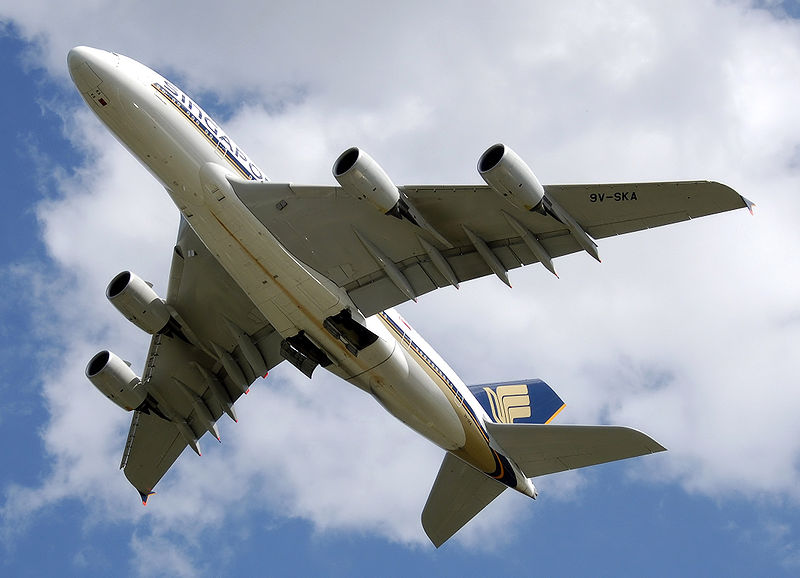