Similar to Mammatus clouds - sinking, moisture laden clouds are carved into bizarre looking shapes carved by wind shear along the cloud base. Where the undulations are in bands, the prefix "undulatus" is used. Asperitas is a newly-classified cloud by WMO’s International Cloud Atlas, mainly because of its shape but also its inner dynamics. 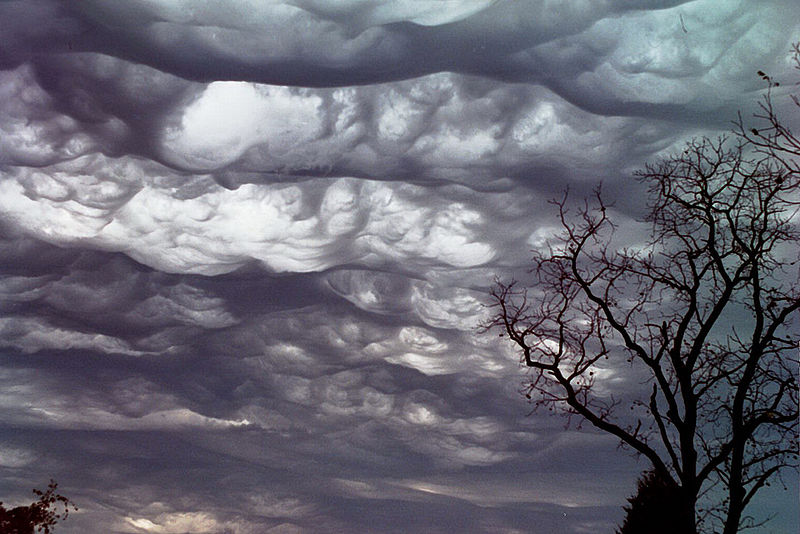 Horizontal wind shear aiding in creating Asperitas may be significant. Examples of Asperitas, and resultant modelling, coupled with local observation including ceilometer observations, found that Asperitas forms below the freezing layer, and hence it is accepted that no ice is found in Asperitas. The rate of change of vorticity, or vorticity advection, also aid in gravity wave formation; the greater the vorticity advection, the greater the imbalance of flow and hence instability with gravity waves.

Ongoing research on the dynamics of Asperitas is crucial to understanding the nature of this new cloud classification, but it is generally accepted that Asperitas is formed by dynamics within the cloud, unlike Mammatus and Lenticularis – both are formed by outside factors including convective systems for the former and mountain waves for the latter.

Although Asperitas is associated with gravity waves and wind shear, limited research in this area suggests that Asperitas does not pose a threat to aviation. The turbulence caused may, depending on aircraft type, be light to at most moderate chop, but it is doubtful that severe turbulence may be encountered in and at Asperitas base. Icing is, as described above, not considered a factor in Asperitas.