Backtrack. To taxi on a runway-in-use, in the opposite direction to the aircraft’s take-off or landing direction. (Source: UK CAA)

BACK-TAXI. A term used by air traffic controllers to taxi an aircraft on the runway opposite to the traffic flow. The aircraft may be instructed to back-taxi to the beginning of the runway or at some point before reaching the runway end for the purpose of departure or to exit the runway. (Source: US FAA)

A basic airport with just a short taxiway connecting the ramp with the middle of the runway will require ATC to arrange for backtracking of the runway by most of the arriving and departing traffic. 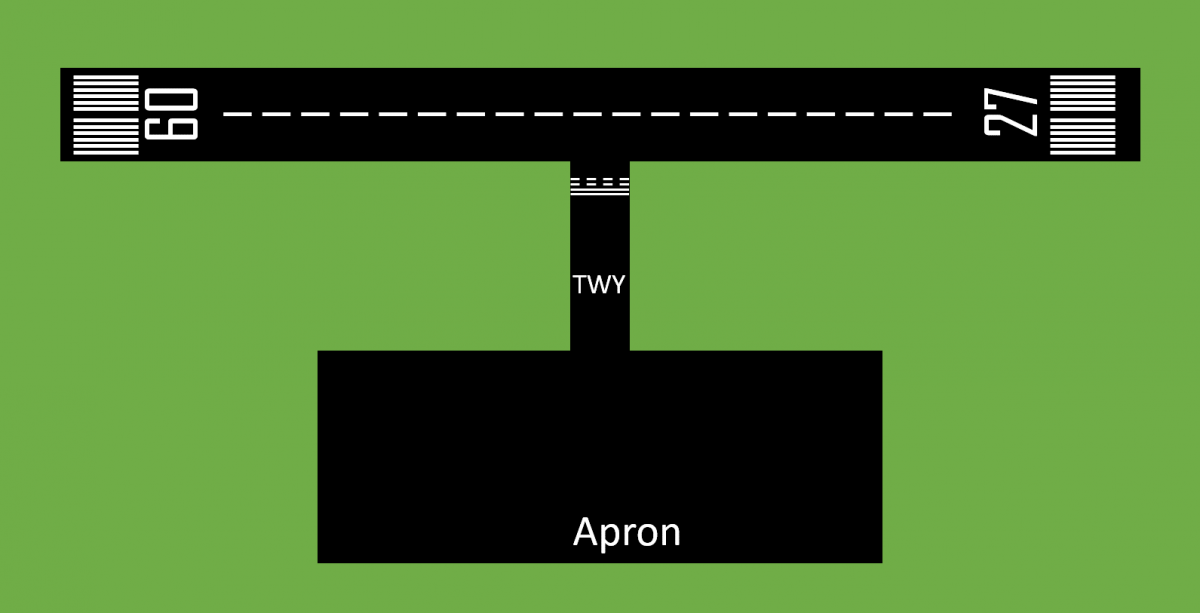 In this example, most aircraft (both departing and arriving) will have to backtrack if they need more than half of the runway. Naturally, this would reduce the runway capacity significantly but such layouts are common only where it is not expected to have a lot of aircraft movements.

The presence of taxiways parallel to the runway with several joining taxiways greatly reduces the need for backtrack and facilitate expeditious operations. Landing aircraft may vacate the runway at a convenient point while the pilots focus on optimal deceleration rather than on trying to use a specific taxiway. Runway vacation normally happens before the last taxiway therefore enabling aircraft departing in the opposite direction to use the full length without the need to backtrack. 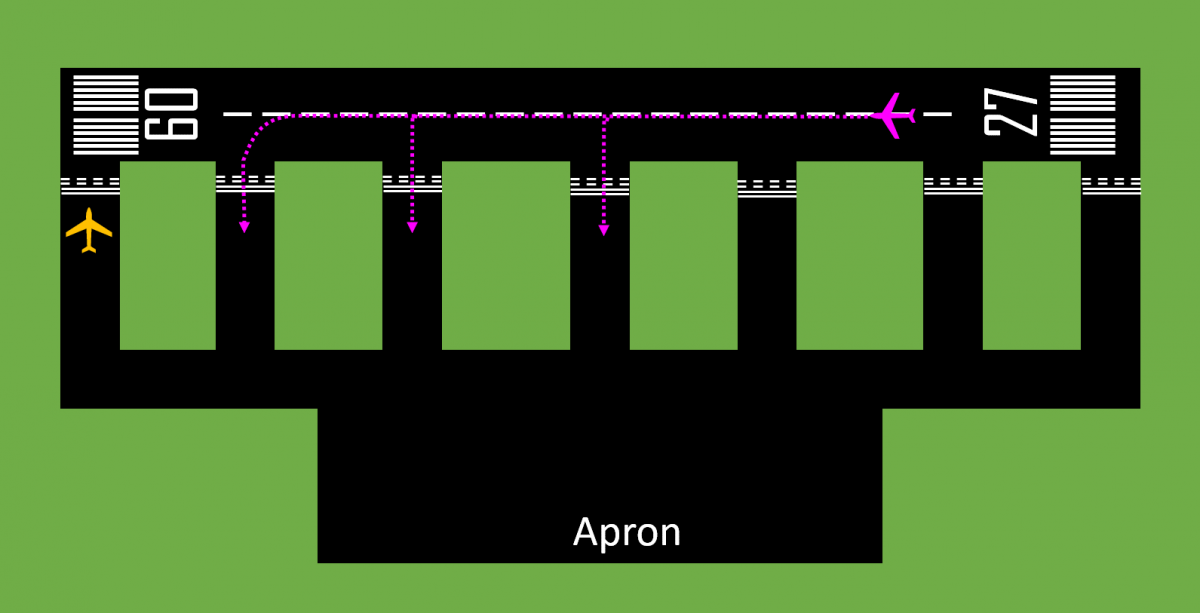 In this example the need for backtrack is almost eliminated. The procedure may still be used in order to expedite traffic (see next paragraph) or in case the landing aircraft is unable to stop before the last free taxiway.

For the purpose of expediting air traffic, aircraft may be permitted to taxi on the runway-in-use, provided no delay or risk to other aircraft will result. The use of backtrack is an example of this procedure. It allows more than one aircraft to be on the same runway (without compromising safety), hence the benefit to efficiency.

The aircraft on the taxiway will wait for the landing aircraft to pass in front of it and will then enter the runway and backtrack. Upon reaching the runway end, it will make a 180 turn and be ready to start the take off roll.

An example of instruction for backtrack:

Backtrack instruction are to be read back by the pilot.

Depending on the controller instruction the pilot may either turn left or right when entering the runway. It is important that this is negotiated between the two in advance as a misundestanding may lead to unexpected aircraft behaviour and the runway being occupied longer than expected

Backtrack may happen on both pilot's and controller's initiative. An example is provided below:

On 18 April 2013, an Airbus A340-300 was unintentionally taxied off the side of the runway during a 180° turn after backtracking the departure runway at Tabriz at night. The Investigation found that the prevailing wet runway conditions meant that the runway width alone was insufficient for the turn and full advantage had not been taken of a wide taxiway at the runway displaced threshold. It was also found that the technique used to turn had not been optimum and that the runway involved was for daylight use only and had a strength rating not compatible with A340 use.

On 20 November 2013, an A320 misunderstood its taxi out clearance at Yogyakarta and began to enter the same runway on which a Boeing 737, which had a valid landing clearance but was not on TWR frequency, was about to touch down from an approach in the other direction of use. On seeing the A320, which had stopped with the nose of the aircraft protruding onto the runway, the 737 applied maximum manual braking and stopped just before reaching the A320. The Investigation faulted ATC and airport procedures as well as the A320 crew for contributing to the risk created.