This article describes the use of vectoring by air traffic controllers to manage the traffic flow and resolve conflicts. It is focused on the en-route phase and describes the general principls, typical uses and associated risks. The article also gives some advice about the practical use of the vectoring method. Note that the advice is based mostly on good practices and experience, and is in no way intended to replace or supersede local procedures and instructions.

Provision of navigational guidance to aircraft in the form of specific headings, based on the use of an ATS surveillance system.

The goal of vectoring is to have the aircraft achieve and maintain the desired track. When an aircraft is given its initial vector diverting it from a previously assigned route, the pilot must be informed about:

After vectoring, the controller must instruct the pilot to resume own navigation, giving them the aircraft’s position if necessary.

The 1 in 60 rule could be used for quick calculation of the necessary heading change. 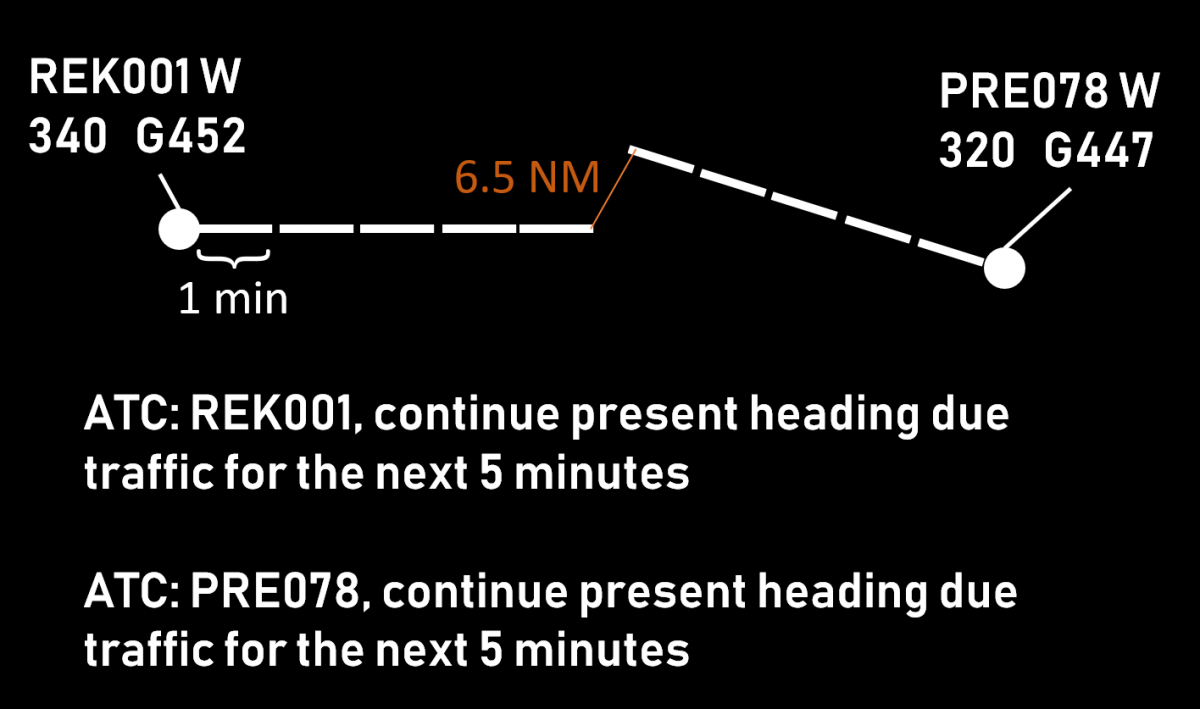 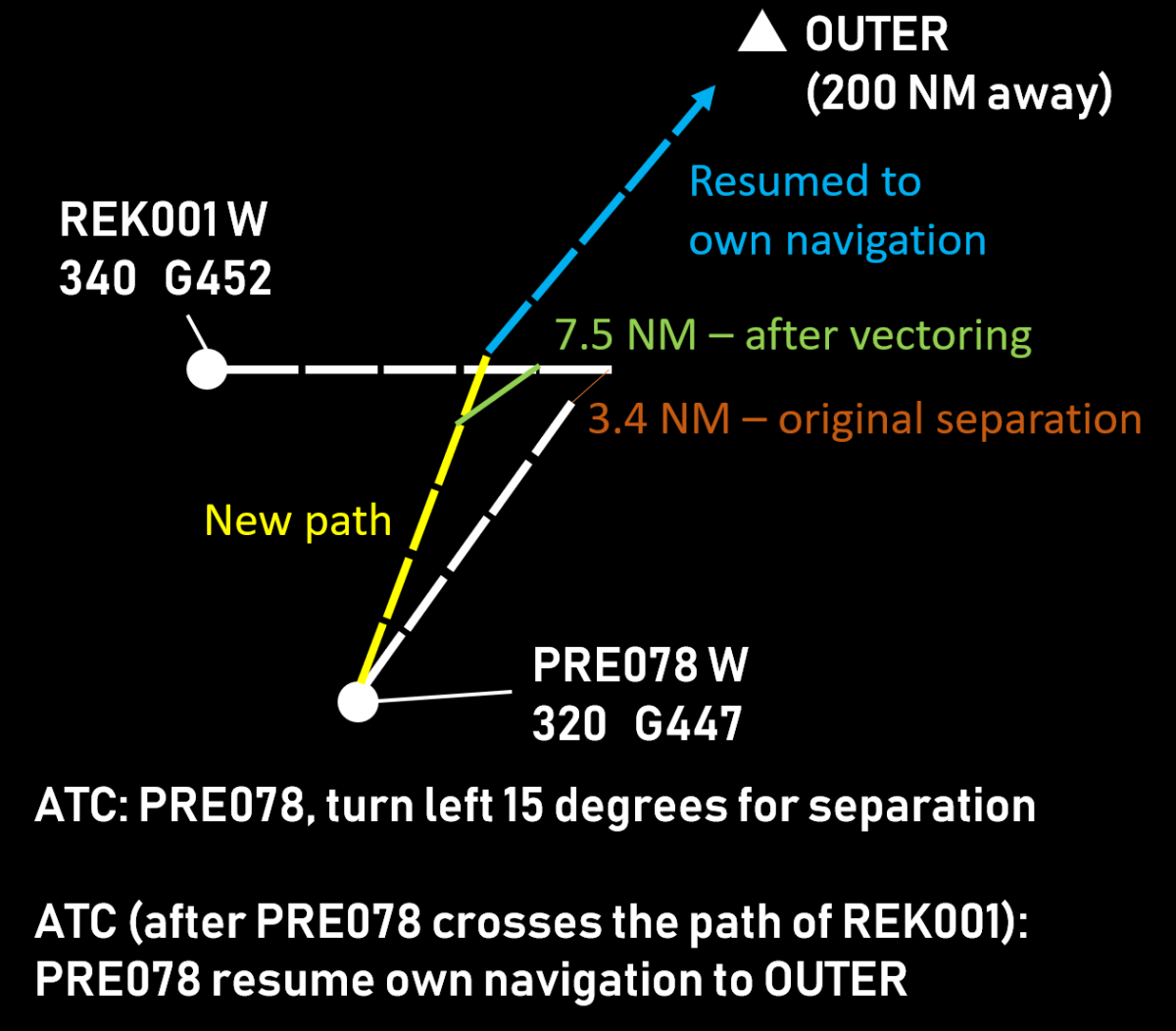 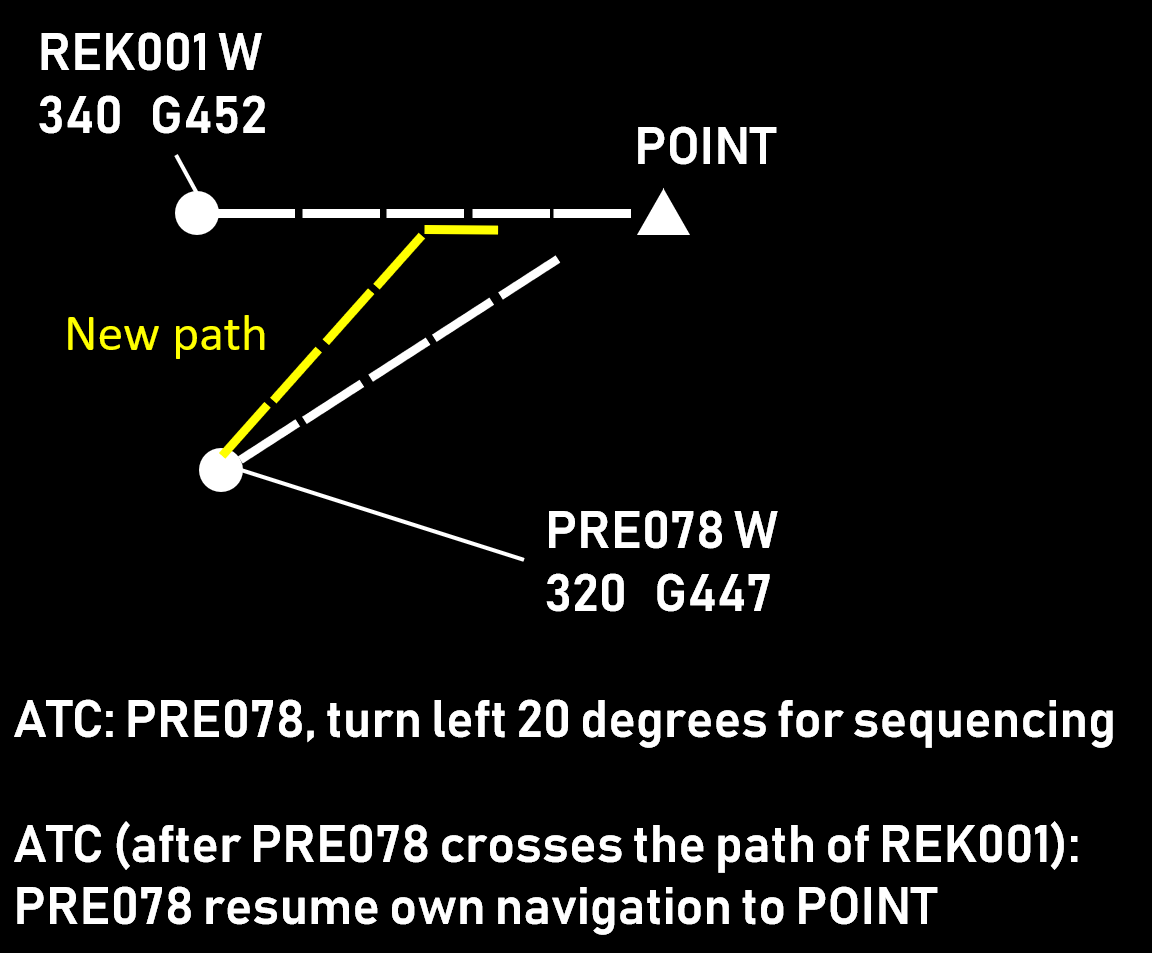 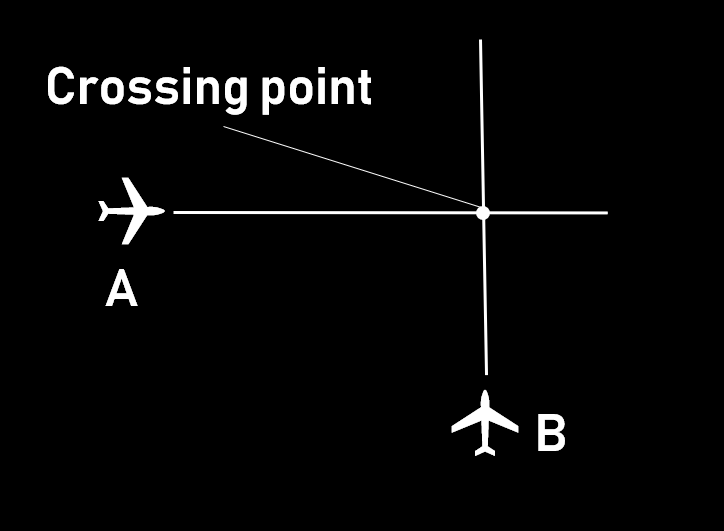 In this situation, the most efficient option for vectoring is to turn aircraft A to the right

After the first aircraft reaches the crossing point, the separation continues to drop until the moment of CPA.