A threshold not located at the extremity of a runway.

A threshold may be displaced either temporarily (due to e.g. construction works) or permanently.

A displaced threshold is marked by: 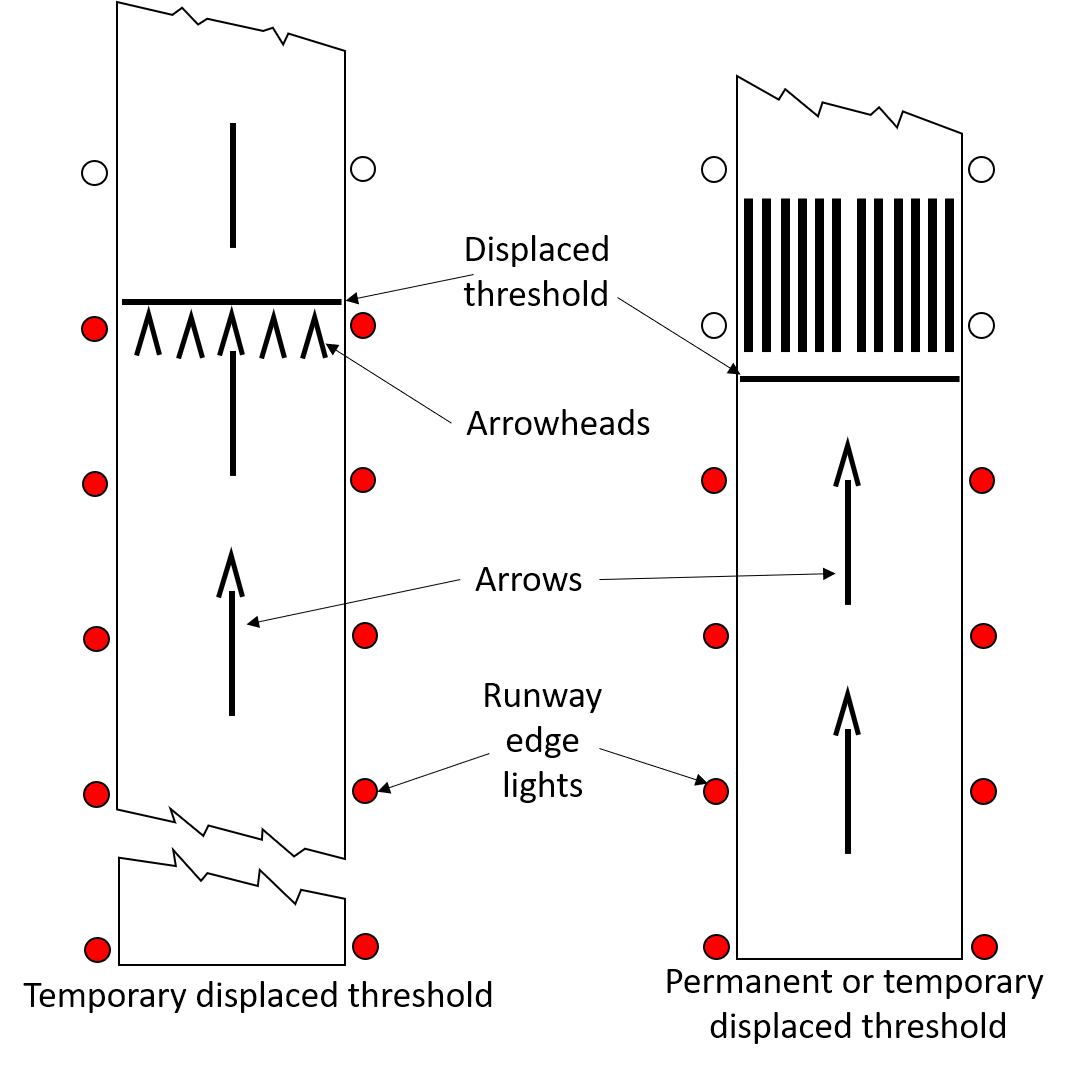 Runway markings and runway edge lights when the threshold is displaced

When the runway before a displaced threshold is unfit for the surface movement of aircraft, a closed runway marking (i.e. a large X sign painted on the ground) should be provided. 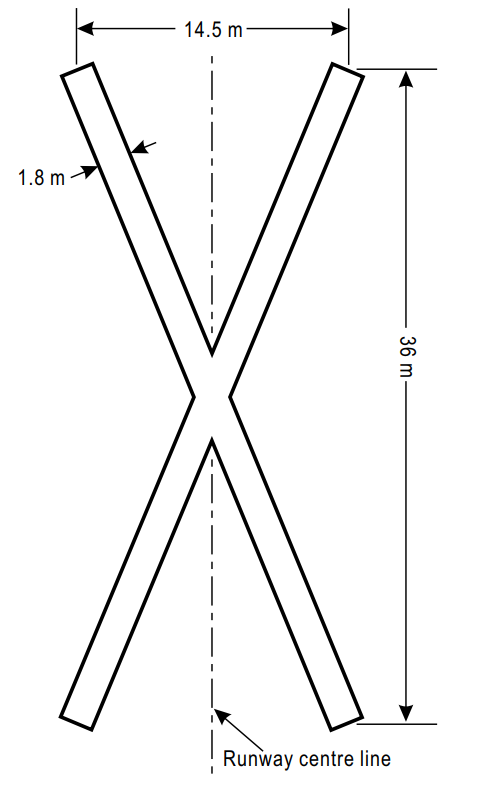 When the surface before a threshold is paved and exceeds 60 m in length and is not suitable for normal use by aircraft, the entire length before the threshold should be marked with a chevron marking.

A number of occurrences have happened that were somehow related to the presence of a displaced threshold and the risks described in the above section.

On 9 May 2008, a Boeing 737-800 made a low go around at Perth in good daylight visibility after not approaching with regard to the temporarily displaced runway threshold. A second approach was similarly flown and, having observed a likely landing on the closed runway section, ATC instructed a go around. However, instead, the aircraft flew level at a low height over the closed runway section before eventually touching down just beyond the displaced threshold. The Investigation found that runway closure markings required in Australia were contrary to ICAO Recommendations and not conducive to easy recognition when on final approach.

On 24 April 2005, an Airbus A340-200 landed short of the temporarily displaced runway threshold at Perth in good daylight visibility despite their prior awareness that there was such a displacement. The Investigation concluded that the crew had failed to correctly identify the applicable threshold markings because the markings provided were insufficiently clear to them and probably also because of the inappropriately low intensity setting of the temporary PAPI. No other Serious Incidents were reported during the same period of runway works.

On 28 March 2018, a Boeing 787-9 crew inadvertently commenced takeoff from the displaced threshold of the departure runway at Gatwick instead of the full length which was required for the rated thrust used. The Investigation found that the runway involved was a secondary one which the crew were unfamiliar with and to which access was gained by continuing along a taxiway which followed its extended centreline. It was noted that at least four other similar incidents had occurred during the previous six months and that various risk reduction actions had since been taken by the airport operator / ANSP.

On 24 November 2014, the crew of a privately-operated Gulfstream III carrying five passengers inadvertently commenced take off at night in poor visibility when aligned with the runway edge instead of the runway centreline. When the aircraft partially exited the paved surface, the take-off was rejected but not before the aircraft had sustained substantial damage which put it beyond economic repair. The Investigation found that chart and AIP information on the taxiway/runway transition made when lining up was conducive to error and that environmental cues, indicating the aircraft was in the wrong place to begin take-off, were weak.

On 21 Nov 2010, a Boeing 737-700 being operated by Arik Air on a non revenue positioning flight from Southend to Lagos with only the two pilots on board carried out a successful take off in daylight and normal ground visibility from runway 06 but became airborne only just before the end of the runway.

On 23 February 2010, a Bombardier DHC8-400 being operated by Flybe for Olympic Air on a scheduled passenger flight from Athens to Chania unintentionally made an approach at destination in day VMC towards a landing on a part of the runway which was closed and only corrected the profile shortly before touchdown to achieve an ultimately uneventful landing on the available part of the runway. None of the 55 occupants were injured.

On 30 January 2006 the Captain of an Airbus A319 inadvertently lined up and commenced a night rolling take off from Las Vegas on the runway shoulder instead of the runway centreline despite the existence of an illuminated lead on line to the centre of the runway from the taxiway access used. The aircraft was realigned at speed and the take off was completed. ATC were not advised and broken edge light debris presented a potential hazard to other aircraft until eventually found. The Investigation found that other similar events on the same runway had not been reported at all.