In aerodynamics, drag refers to forces that oppose the relative motion of an object through the air. Drag always opposes the motion of the object and, in an aircraft, is overcome by thrust.

There are many different types of drag. The most commonly encountered are:

Parasitic drag increases with the square of the airspeed, while induced drag, being a function of lift, is greatest when maximum lift is being developed, usually at low speeds. The diagram below shows the relationship of parasitic drag and induced drag to each other and to total drag. 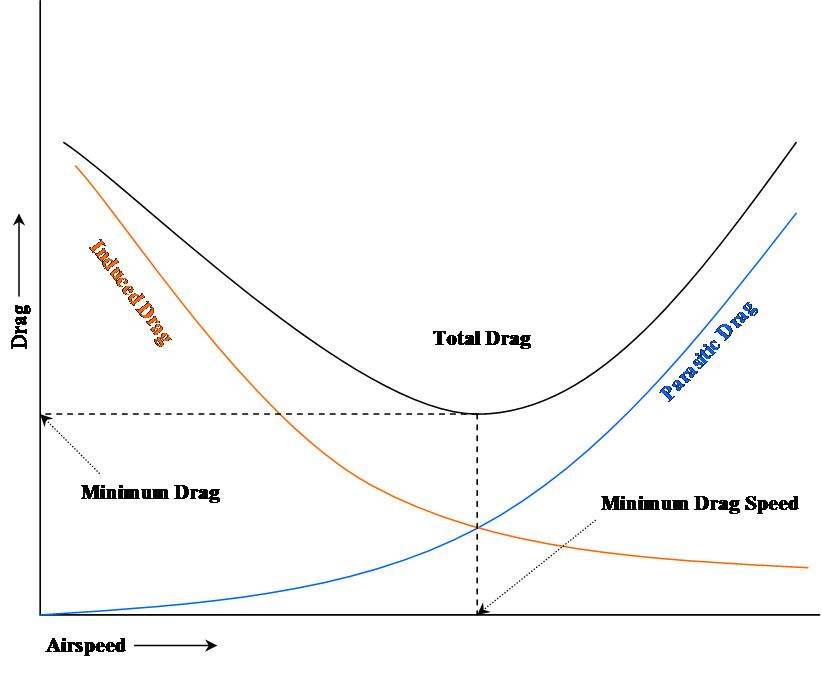 Relationship of Drag with Airspeed

There is an airspeed at which total drag is minimum, and in theory, this is the maximum range speed; however, flight at this speed is unstable because a small decrease in speed results in an increase in drag, and a further fall in speed. The further decrease in speed causes yet more drag and, without the addition of thrust or initiation of a descent, could result in a stall or Loss of Control. In practice, for stable flight, maximum range is achieved at a speed a little above the minimum drag speed where a small speed decrease results in a reduction in drag.