When flight crew are confronted with an emergency or abnormal situation whilst in flight, they normally prioritise their immediate actions in the following order:

For a modern two-crew flight deck, the flight crew distribute the responsibilities between the available crew members. Under normal conditions, one flight crew member (pilot flying) takes responsibility for the flight path of the aircraft while the other flight crew member (pilot not flying or pilot monitoring) deals with all radio communications and actions/reads out checklists. In order to maintain the correct balance of workload in an emergency when additional QRH checklists and AFM procedures may be required, the pilot flying will often assume responsibility for radio communications.

When there is a significant problem, the workload during the first moments is often high and the flight crew may elect to inform air traffic control immediately by the most direct means. This normally entails the use of an initial call incorporating the word “standby”.

The flight crew will decide on whether to continue the flight to the originally intended destination, initiate an immediate en route diversion, carry out an emergency descent or just place the aircraft in a safe flying position. The decision to divert may be immediate but normally it will require coordination with air traffic control and other parties.

Pilots believing themselves to be facing an emergency situation should declare an emergency as soon as possible and cancel it later if the situation allows.

The correct method of communicating this information to ATC is by using the prefix “MAYDAY, MAYDAY, MAYDAY” or “PAN PAN, PAN PAN, PAN PAN” as appropriate. This procedure, which is an international standard, is the single most effective means of alerting the controller to the need to give priority to the message that will follow.

In certain types of emergency (Fire in the Air, Loss of Cabin Pressurisation), the flight crew will don oxygen masks. The wearing of oxygen masks may make the voice messages more difficult to understand and increases the risk of a clearance being misunderstood and the risk of readback/hearback errors.

"Controllers should recognize that, when faced with an emergency situation, the flight crew’s most important needs are:

The briefing note continues: "The controller’s response to the emergency situation could be patterned after the ASSIST memory aid...:

EUROCONTROL has produced guidelines for controller training in handling unusual or emergency situations which contain much useful information and advice, including sample checklists for various types of emergency. 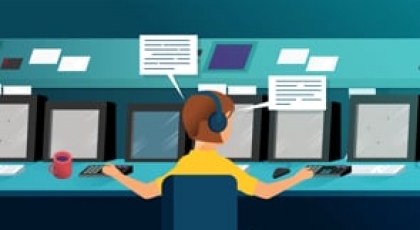