There is no set of ready, out-of-the-box rules to be followed universally. As with any unusual or emergency situation, controllers should exercise their best judgment and expertise when dealing with emergency descent situations. A generic checklist for handling unusual situations is readily available from EUROCONTROL but it is not intended to be exhaustive and is best used in conjunction with local ATC procedures.

This article provides guidance for controllers on what to expect and how to act when dealing with an emergency descent which takes place in controlled airspace. There are some considerations which will not only enable the controller to provide as much support as possible to the aircraft involved, but to also maintain the safety of other aircraft in the vicinity and of the ATC service provision in general.

There are various reasons why the flight crew might initiate an emergency descent. These include but are not limited to loss of pressurisation and in-flight fire. Many flight crew drills encourage emergency descents to continue to the higher of 10,000 feet or MSA from where the aircraft may then seek the shortest route to a suitable diversion aerodrome.

An emergency descent could be initiated without prior warning. Depending on the circumstances, the flight crew could begin a high vertical speed descent without warning if the safety of the aircraft is at risk, which is in line with the guiding principle applied to the prioritisation of flight deck tasks: Aviate, Navigate, Communicate.

When an aircraft operated as a controlled flight experiences a malfunction requiring an emergency descent, ICAO EUR Region procedures state that crew shall, if able:

A wide range of practical problems could arise in the cockpit following the decision to initiate an emergency descent:

A - acknowledge the descent (the declared malfunction and emergency if applicable), ask for the crews’ intentions when the situation permits

S - silence the non-urgent calls (as required) and use a separate frequency where possible to talk to the emergency aircraft;

I - inform the adjacent ATC units if the aircraft is approaching or is near to their areas of responsibility; inform your supervisor and relay the flight crew’s intentions

S - support the flight with any information requested and deemed necessary. If necessary inform the crew of the minimum safe altitude.

T - provide time for the crew to assess the situation, don’t press with non urgent matters.

The controller should be prepared to:

The following events on the SKYbrary database involved an emergency descent:

On 13 July 2018, a Boeing 737-800 cruising at FL370 at night experienced a sudden rapid depressurisation. An emergency descent to FL 090 followed but the cabin altitude was not manually controlled and after the cabin pressure had risen to that equivalent to 7000 feet below sea level, immediate equalisation of cabin and actual altitudes resulted in a second sudden depressurisation. Diversion to Frankfurt Hahn was completed without further event. The first depressurisation had resulted from a transient and rare pressure controller malfunction but passenger injuries were considered attributable to a complete absence of pressurisation control during the emergency descent.

On 18 March 2020, a Fokker 100 en-route to Port Moresby experienced a failure of the cabin pressurisation and air conditioning system due to a complete failure of the bleed air system. An emergency descent and a PAN were declared and a diversion to Madang completed. The Investigation noted unscheduled work on the bleed air system had occurred prior to the departure of the flight and that long running problems with this system had not been satisfactorily resolved until after the investigated occurrence when four malfunctioning components had finally been systematically identified and replaced.

On 20 February 2021, a PW4077-powered Boeing 777-200 was climbing through 12,500 feet after takeoff from Denver when there was a sudden uncontained failure of the right engine. The associated fire did not fully extinguish in response to the prescribed non-normal procedure and on completion of a return to land, it was fully extinguished before the aircraft could be towed in for passenger disembarkation. The Investigation has already established that the failure originated in a single fan blade within which internal fatigue cracking had been initiated. All operators of 777s powered by PW4000 series engines have grounded their fleets indefinitely.

On 15 August 2018, a Boeing 737-300SF crew concerned about a small residual pressure in a bleed air system isolated after a fault occurred en-route then sought and were given non-standard further troubleshooting guidance by company maintenance which, when followed, led directly and indirectly to additional problems including successive incapacitation of both pilots and a MAYDAY diversion. The Investigation found that the aircraft concerned was carrying a number of relevant individually minor undetected defects which meant the initial crew response was not completely effective and prompted a request for in-flight assistance which was unnecessary and led to the further outcomes.

On 1 June 2019, a Boeing 787-8 lost all cabin air conditioning after both packs failed less than an hour from its destination, Narita. When the Cabin Altitude reached 10,000 feet, the descent already commenced was completed as an emergency descent and the flight thereafter was without further event. The Investigation found that although an amended non normal procedure restricting pack resets to a maximum altitude of 35000 feet had been issued almost two months earlier, it was still “under review” at the operator which has since amended their procedures for assessing manufacturer communications which have operational safety implications.

On 27 August 2016, debris from sudden uncontained failure of the left CFM56-7B engine of a Boeing 737-700 climbing through approximately FL 310 west southwest of Pensacola in day VMC penetrated the fuselage barrel and caused a rapid depressurisation. An emergency descent and a diversion to Pensacola followed without further event. The Investigation found that collateral damage had followed low-cycle fatigue cracking of a single fan blade due to a previously unrecognised weakness in the design of this on-condition component which, because it had not been detected during the engine certification process, meant its consequences “could not have been predicted”.

On 1 April 2011, a Southwest Boeing 737-300 climbing through FL340 experienced a sudden loss of pressurisation as a section of fuselage crown skin ruptured. A successful emergency descent was made with a diversion to Yuma, where the aircraft landed half an hour later. Investigation found that the cause of the failure was an undetected manufacturing fault in the 15 year-old aircraft. One member of the cabin crew and an off duty staff member who tried to assist him became temporarily unconscious after disregarding training predicated on the time of useful consciousness after sudden depressurisation.

On 5 March 2011, a Finnair Airbus A320 was westbound in the cruise in southern Swedish airspace after despatch with Engine 1 bleed air system inoperative when the Engine 2 bleed air system failed and an emergency descent was necessary. The Investigation found that the Engine 2 system had shut down due to overheating and that access to proactive and reactive procedures related to operations with only a single bleed air system available were deficient. The crew failure to make use of APU air to help sustain cabin pressurisation during flight completion was noted.

On 22 December 2010, a Finnair Airbus A330-300 inbound to Helsinki and cruising in very cold air at an altitude of 11,600 metres lost cabin pressurisation in cruise flight and completed an emergency descent before continuing the originally intended flight at a lower level. The subsequent Investigation was carried out together with that into a similar occurrence to another Finnair A330 which had occurred 11 days earlier. It was found that in both incidents, both engine bleed air systems had failed to function normally because of a design fault which had allowed water within their pressure transducers to freeze.

On 5 March 2018, the crew of an Airbus A320 in descent towards Karachi observed a slow but continuous drop in cabin pressure which eventually triggered an excessive cabin altitude warning which led them to don oxygen masks, commence an emergency descent and declare a PAN to ATC until the situation had been normalised. The Investigation found that the cause was the processing of internally corrupted data in the active cabin pressure controller which had used a landing field elevation of over 10,000 feet. It noted that Airbus is developing a modified controller that will prevent erroneous data calculations occurring.

On 21 February 2017, an Airbus A320 despatched with the APU inoperative experienced successive failures of both air conditioning and pressurisation systems, the second of which occurred at FL300 and prompted the declaration of a MAYDAY and an emergency descent followed by an uneventful diversion to Alicante. The Investigation found that the cause of the dual failure was likely to have been the undetectable and undetected degradation of the aircraft bleed air regulation system and whilst noting a possibly contributory maintenance error recommended that a new scheduled maintenance task to check components in the aircraft type bleed system be established.

On 23 August 2017, a Boeing 767-400ER which had departed Zurich for a transatlantic crossing experienced a problem with cabin pressurisation as the aircraft approached FL 100 and levelled off to run the applicable checklist. However, despite being unable to confirm that the pressurisation system was functioning normally, the climb was then re-commenced resulting in a recurrence of the same problem and a MAYDAY emergency descent from FL 200. The Investigation found that an engineer had mixed up which pressurisation system valve was to be de-activated before departure and that the flight crew decision to continue the climb had been risky.

On 30 June 2015, both bleed air supplies on a Boeing 737-400 at FL370 failed in quick succession resulting in the loss of all pressurisation and, after making an emergency descent to 10,000 feet QNH, the flight was continued to the planned destination, Kansai. The Investigation found that both systems failed due to malfunctioning pre-cooler control valves and that these malfunctions were due to a previously identified risk of premature deterioration in service which had been addressed by an optional but recommended Service Bulletin which had not been taken up by the operator of the aircraft involved.

On 17 April 2018, sudden uncontained left engine failure occurred to a CFM56-7B powered Boeing 737-700 when climbing through approximately FL320. Consequent damage included a broken cabin window causing rapid decompression and a passenger fatality. Diversion to Philadelphia without further significant event then followed. A single fan blade was found to have failed due to undetected fatigue. The Investigation noted that the full consequences of blade failure had not been identified during engine / airframe type certification nor fully recognised during investigation of an identical blade failure event in 2016 which had occurred to another of the same operator s 737-700s.

On 12 September 2013, pressurisation control failed in an A320 after a bleed air fault occurred following dispatch with one of the two pneumatic systems deactivated under MEL provisions. The Investigation found that the cause of the in-flight failure was addressed by an optional SB not yet incorporated. Also, relevant crew response SOPs lacking clarity and a delay in provision of a revised MEL procedure meant that use of the single system had not been optimal and after a necessary progressive descent to FL100 was delayed by inadequate ATC response, and ATC failure to respond to a PAN call required it to be upgraded to MAYDAY. 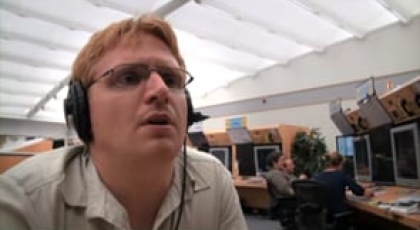