Empty field myopia (Empty space myopia) - a condition in which the eyes, having nothing specific within the available visual field upon which to focus, focus automatically at a range of the order of a few metres ahead. Detection of objects outside this restricted field of view is delayed and if an object of interest does enter the restricted field of vision, the determination of its size or range would be problematic.

The normal function of the eye lens is to physically focus light from the object on the retina. To do this, the eye must be stimulated by an image. Empty field myopia manifests itself when the human eye is in a passive state of focal point adjustment, i.e. when there is no image (stimulus) for the eye to focus on, for example, when the eye is either in complete darkness, or looking at a bright empty field. If the eye lacks this stimulation, the lens is shifting to a resting state.

Resting State of Accommodation of the Human Eye

In this condition, the eye is usually focused at an intermediate point (about 80 cm on average, although there are large variations up to few metres), thus the healthy human eye becomes myopic. 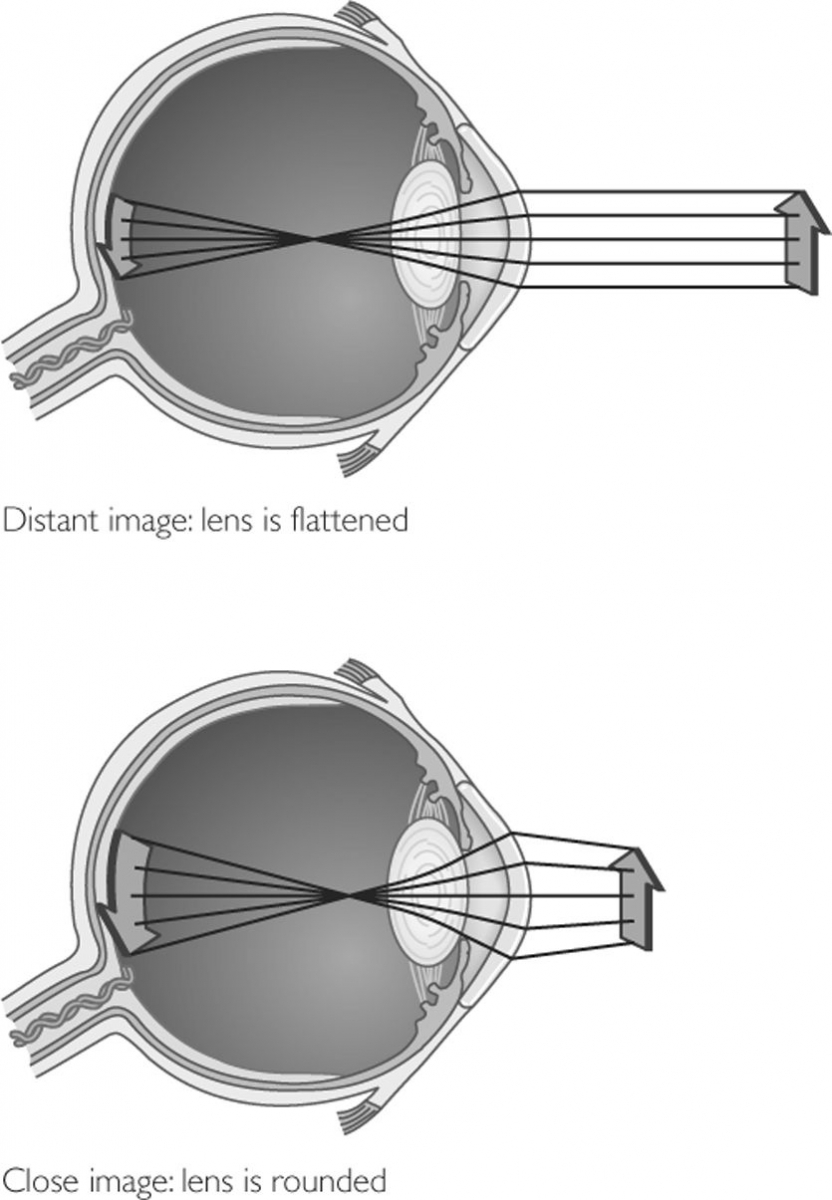 Beyond the visual threshold the image of distant aircraft, whether seen in silhouette as a dark speck or relatively bright dot may thus be spread over a larger region of the retina and become an insufficient stimulus for the eye to focus on. Human factors studies show that a dot very close to the threshold size in an otherwise empty field could suddenly disappear because it was an insufficient stimulus to prevent the adjustment of the eye to assume its resting state.

The higher risk probability is distributed among general aviation flights conducted outside controlled airspace (in airspace classes, E, F and G where the Visual Flight Rules (VFR) flights are not subject to ATC clearances), or any flights in such airspace and conditions with predominant see and avoid rules and where the ATC assistance to avoid loss of separation (LOS) is limited.

The list below consists of several identified conditions when the eyes often tend to turn back to their natural resting state:

All of the above scenarios are associated not only with LOS but also with controlled flight into terrain (CFIT) risks. In these scenarios the visual detection of traffic and terrain could be hindered by empty field myopia and the healthy human eye can effectively become near-sighted. The danger might not become apparent until it is too late for evasive actions.

The hazard of mid air collision contributed by empty field myopia is compounded by the fact that the frontal area of the aircraft profile is small and an aircraft viewed directly from the front, especially flying a head-on collision course, shows little relative movement. This makes detecting the other aircraft by the pilot very difficult. 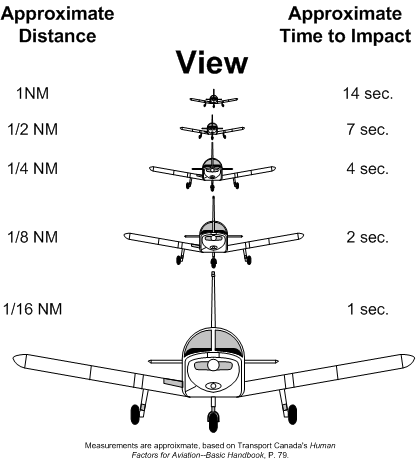 Relativity of distance and time to impact

In addition an aircraft that has a high degree of contrast against the background will be easier to spot, while spotting one with low contrast at the same distance may be hard and sometimes next to impossible.

Aircraft with low level of contrast against featureless background

To counter the weakened ability of the eye to maintain a distant focus, good practices are to: