The ESARR Implementation Monitoring and Support (ESIMS) Programme was introduced in its mature form in 2005 to assess, through a formal and detailed audit process, States’ safety oversight arrangements and capabilities. It was operated in close, formal cooperation with the ICAO Universal Safety Oversight Audit Programme (IUSOAP). The ESIMS Programme came to an end in 2012 being succeeded by the EASA standardisation inspections.

ESIMS audits' results and updates thereto were published on a regular basis by the EUROCONTROL Safety Regulation Commission (SRC) within the scope of its SRC Annual Safety Reports, posted on the EUCONTROL SRC website. Examples of results published in 2010 are shown below.

In 2005, the ESIMS Programme ceased to be primarily ESARR-based and focused on all applicable ATM safety oversight regulations. More specifically, audits cover:

On-site audits were followed by the development of a State’s Corrective Action Plan, which is incorporated into the Final Audit Report.

By 1st October 2009, twenty-eight on-site audits had been completed as follows: 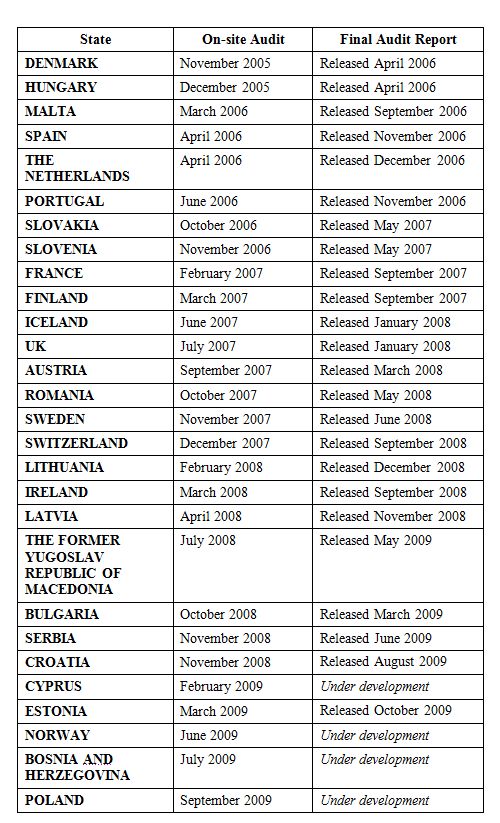 NOTE: Two further audits took place by the end of 2009 (Monaco and Czech Republic). Five were scheduled for 2010 (Armenia, Greece, Italy, Ukraine, Germany). In addition, follow-up audits were also scheduled for 2009 (Malta, Hungary) and 2010 (Slovakia, Serbia) to check the implementation of corrective actions. 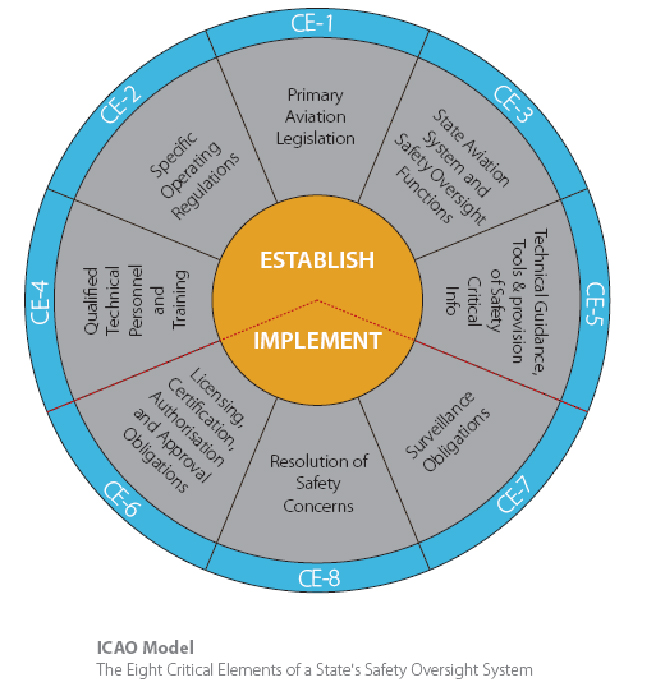 The eight critical elements provide the basis used by ICAO USOAP to audit the safety oversight capabilities of a State. ESIMS audits used a series of protocol questions covering the whole scope of the audit. Findings were raised against one or more protocol questions and each protocol question is associated with an ICAO Critical Element.

When considering the sample of 21 ESIMS audits for which the Final Audit Reports were released in 2009, the aggregated scores obtained against the ICAO model are as follows:

A more detailed analysis of the audit findings related to each ICAO Critical Element leads to the following summary: 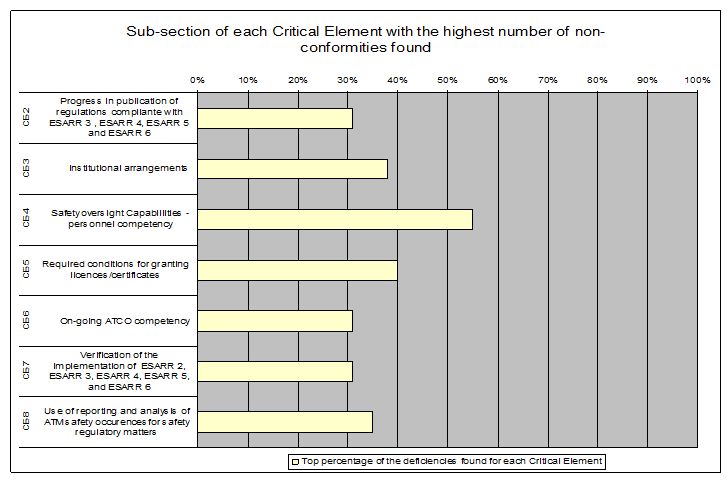 A key feature of the ESIMS process is the development and implementation of Corrective Action Plans (CAPs) by States. CAPs address the deficiencies revealed in the audit process, and are incorporated into the final audit report, which also includes an evaluation of their effectiveness by SRU.

The following graph is based on the reports received from 18 States previously audited under ESIMS, and shows the progress made in the implementation of corrective actions.

The reports forwarded by States are based on their self-assessment, but the ESIMS process foresees the possibility of arranging follow up audits to double-check this aspect. Nevertheless, due to resource considerations, the Programme will confine itself to scheduling a limited number of follow-up audits by selecting a sample of two or three States per year. The first two follow-up audits will take place by the end of 2009.

The following “Generic Findings” stemming form the ESIMS audits appear to indicate the existence of some pan-European issues requiring action at European level: