A Flight Control Lock (sometimes referred to as a Gust Lock) is a means by which control surfaces on an aircraft not in flight can be prevented from random movement caused by wind, jet blast or propeller wash and thus possible damage to the surface, attachment points or control system. Most aircraft have some means of preventing, or at least limiting, flight control surface movement when parked but some light aircraft manufacturers recommend rather informal methods of achieving locking of the aileron and elevator controls by, in one case, "looping the safety belt through the control wheel and pulling it snug."

Where control locks are provided, they may be fitted externally, in which case they align the control surface with the adjacent structure, be internally fitted to the flight controls or be selectable by means of a lever in the flight deck. Many light aircraft use an elevator/aileron control lock which is fitted to the one of the control columns and there is sometimes a means of preventing rudder pedal movement in a similar way. Some business and smaller transport aircraft which do not have fully powered flight control systems have a gust lock lever in the flight deck which is routinely set whenever the aircraft is parked. Aircraft may additionally be provided with a set of externally-fitted gust locks for use when extreme winds are forecast or during an extended period parked. Control locks are generally not necessary on larger modern aircraft since these normally have powered (usually hydraulically actuated) flight control surfaces and the damping action of the residual hydraulic actuator pressure is sufficient whilst taxying and for normal in-service parking periods.

If Control Locks are engaged specifically as a defence against system damage due to strong winds, then it may be necessary to orient the aircraft nose into wind for maximum effectiveness and to tie down a light aircraft or fully chock all landing gear in the case of larger aircraft

The risk of flight control damage caused by exposure to extreme wind velocity going undetected prior to flight, especially on large transport aircraft, is further discussed in: Flight Control Protection from Damage by Strong Winds

It is clearly essential that all flight control locks are removed / disengaged before flight. Failure to do so could make it impossible to initiate rotation or to control the aircraft once in flight. Control locks which are fitted or engaged in the flight deck should normally be removed before starting engines and on all aircraft, confirmation of full and free flight control movement should be made before starting a takeoff.

The following examples of gust locks are from a Hawker 800:

Aileron/Elevator locking mechanism (essentially a clamp to hold the yoke) 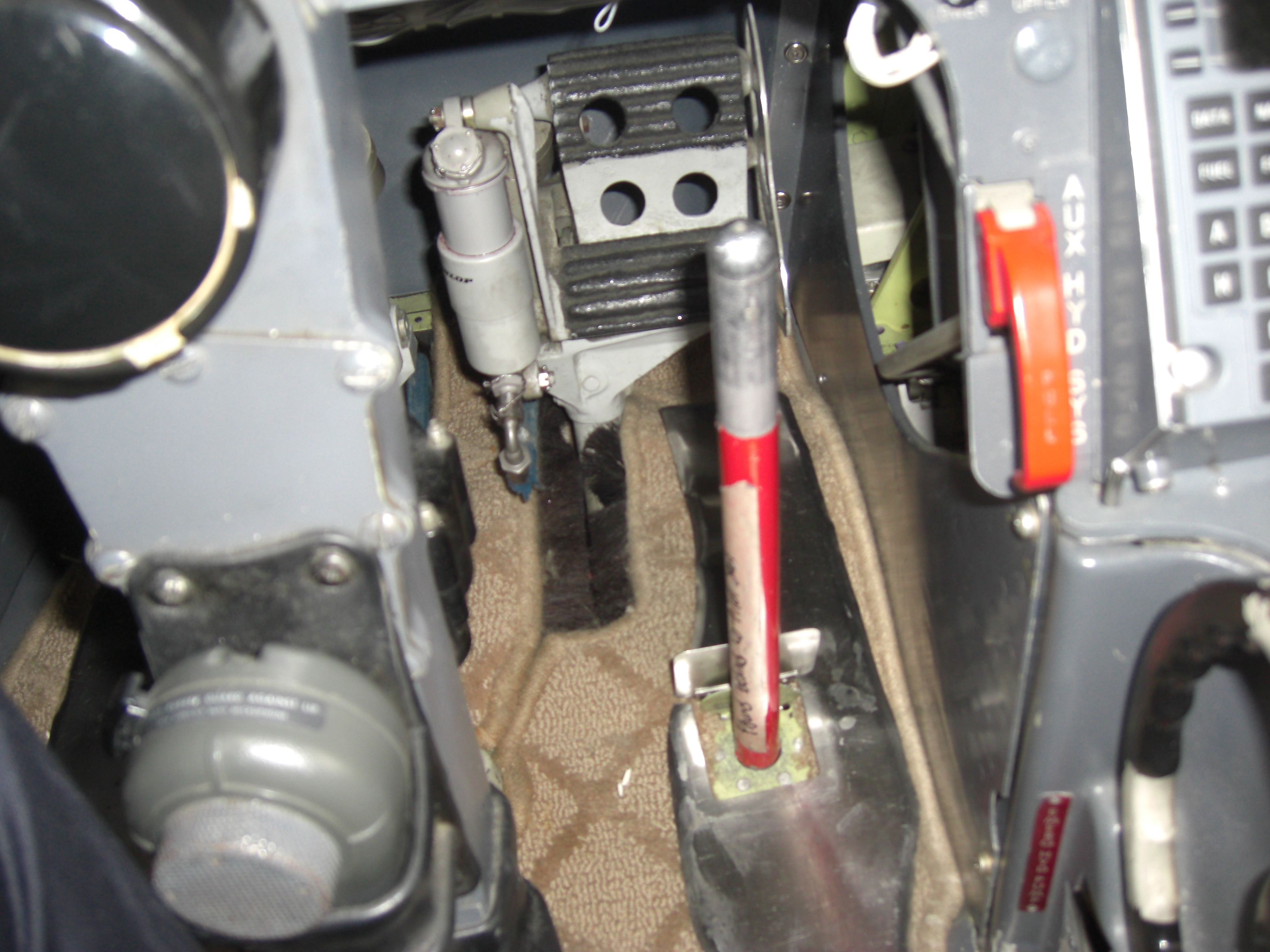 Rudder lock (a bar that secures the pedals from moving)