Mountainous area means an area of changing terrain profile where the changes of terrain elevation exceed 900 m (3 000 ft) within a distance of 18,5 km (10,0 NM).

For the purposes of this article, Flight in Mountainous Terrain is considered to be planned VFR flight in mountainous areas following the contours of the earth at altitudes below the height of the surrounding peaks. The focus of the article is intended as guidance for single engine and light twin engine general aviation (GA) aircraft operations but many of the Threats and Defences also apply to larger commercial and military aircraft operating under visual flight rules within mountainous regions. Portions of the article are also applicable to IFR traffic that would normally be well above the terrain but have been tasked to service airports within the mountainous areas. 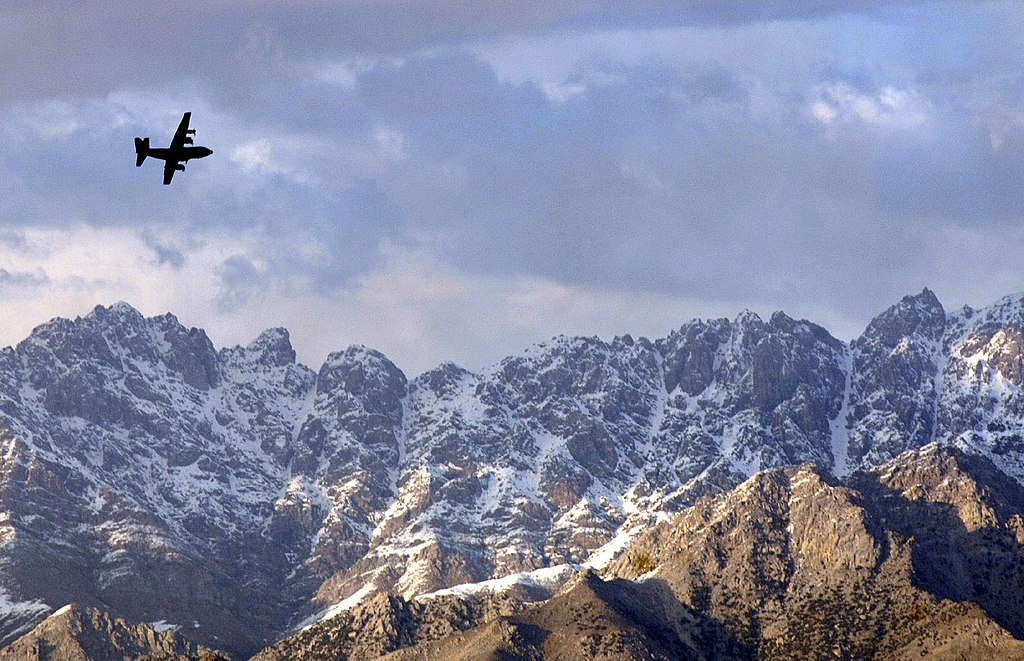 The threats encountered whilst contour flying in mountainous terrain are numerous. Some of the most critical threats are detailed below.

The terrain in most mountainous areas is highly variable. Valleys can be wide with gentle sweeping turns or very narrow with abrupt changes in direction or dead ends commonly referred to as box or blind canyons. Ridge heights can often exceed 10,000' and the rate of change in terrain elevation can vary from gentle slopes to near vertical cliffs several thousand feet in height. Terrain awareness is a critical component of safely flying in mountainous areas.

Wind is almost always a factor when operating in mountainous terrain. Dependant upon the direction and speed of the wind, its interaction with the terrain can lead to updrafts, downdrafts and turbulence which may exceed aircraft limitations or performance capability. Mountain waves are associated with strong winds blowing perpendicular to the mountain range and are generally considered a mid to high altitude risk. However, for an aircraft contour flying in the mountains, winds well below the speed required to generate mountain waves can result in very hazardous clear air turbulence conditions.

Mountain flying requires the ability to maintain good VFR conditions. Penetrating a weather front or localized phenomena such as upslope or orographic wind, Föhn Wind and dry microburst can all lead to deteriorating weather.

Virtually all mountain aerodromes are unique in their own way and the threats can vary tremendously from airfield to airfield. Telluride, Colorado, although at high altitude (2765m) has a relatively long (2165m/7111ft) and level paved runway with published IFR approaches. Others, such as Courchevel, France at 2010m ASL and Tenzing-Hillary airport at Lukla Nepal at 2860m ASL, although paved have very short runways (525m and 480m respectively), very steep gradients (18.5% and 12%) and are VFR only facilities. The majority of mountain airstrips around the globe are unpaved, unlighted, rarely level and have limited maintenance in most cases.

Unless the sun is directly overhead, all or part of the valley may be in shadow.

Aircraft performance decreases with an increase in density altitude. Turn radius for a given IAS and bank angle is increased at higher altitudes.

In mountainous terrain, a momentary loss of situational awareness could result in a navigation error such as turning into a blind canyon.

It is critical to understand that the threats of wind, weather, lighting, aircraft performance and situational awareness may occur in combination with one another and will always be associated with the principal threat of terrain.

In many respects, the wind in mountainous terrain can be compared to water flowing in a rocky stream. The wind, like the water, is funneled and turned by the obstacles and updrafts and downdrafts are created. In general, a wind parallel to a valley is funneled in the valley and a venturi effect can be caused where the valley narrows. This can lead to significant clear air turbulence and potentially to very hazardous conditions where two valleys intersect. A wind which is perpendicular to a ridge line will cause a lifting effect on the windward side of the ridge and a sinking effect on the lee side. Under the same wind conditions (wind blowing towards the ridge) in a valley that parallels the ridge line, the into wind (upwind) side of the valley will have the subsiding air whereas the downwind side of the valley will have rising air.

As the wind speed increases, the strength of the associated downdrafts and turbulence also increase. Depending upon the terrain, winds of as little as 25 knots can cause downdrafts which exceed the climb capability of a light aircraft or mechanical turbulence which could cause structural failure.

Frontal or localized weather can completely obscure a mountain pass or a valley. Orographic lift can cause upslope cloud or fog to form. Moderate to heavy rain can reduce visibility below acceptable limits. The mountains may be snow covered above the tree line for much of the year. Under these circumstances, even a light snow shower can effectively cause whiteout conditions. When there is a large temperature/dew point spread, a thunderstorm with or without virga present can cause a dry microburst to occur. This can result in extremely hazardous wind conditions as well as obscure visibility in blowing dust.

Flight in icing conditions without an ice-protection system may lead to a Stall, Loss of Control, CFIT or forced landing. While this is generally true for any GA flight in such conditions, a mountainous terrain would further complicate the situation as the aircraft may be unable to climb above the ridges.

Adequate visibility is a precursor to safe mountain flying. Even a temporary reduction in visibility can lead to a navigation error or CFIT.

In general, mountain aerodromes or airstrips are built where the terrain allows leading to short and often significantly sloped runways. At many facilities, landings can only be conducted in one direction and takeoffs in the other due to "close in" obstacles. In these cases, a go around from short final may not be possible. At some airfields, obstructions on the extended runway centreline will penetrate a nominal three degree flight path within a very short distance from the threshold requiring an offset approach to short final or an immediate turn on departure. Remote strips in many parts of the world exist to support small communities or remote mining or outdoor sporting facilities and are unlit, have little in the way of support services and may not be maintained during winter months.

Shaded areas can mask the presence of a hill or outcropping that does not conform to the general slope of the rest of the valley creating a CFIT hazard. This situation is most likely to occur when flying towards the sun due to the increased glare and the additional contrast between shaded and non shaded terrain that results.

Aircraft performance is a critical facet of mountain flying. Large variations in altitude, between the base of the valley and the crest of the ridge, over relatively short distances may tax the capabilities of many light aircraft. When these changes in elevation are combined with the performance degrading effects of density altitude plus a tailwind or downdraft, terrain clearance may be compromised.

The single most common factor in CFIT accidents during flight in mountainous terrain is the failure of the pilot to turn back when encountering deteriorating weather, excessive wind speeds or turbulence or losing situational awareness.

The old adage "when in doubt, chicken out" applies very well in the context of Flight in Mountainous Terrain. Make the turnback decision early. It is far better to be a day late than to never arrive.

On 23 January 2013, a Canadian-operated DHC6 on day VFR positioning flight in Antarctica was found to have impacted terrain under power and whilst climbing at around the maximum rate possible. The evidence assembled by the Investigation indicated that this probably occurred following entry into IMC at an altitude below that of terrain in the vicinity having earlier set course en route direct to the intended destination. The aircraft was destroyed and there were no survivors.

On 15 March 2008, a Beech 1900D on a non-revenue positioning flight to a private airstrip in mountainous terrain flown by an inadequately-briefed crew without sufficient guidance or previous relevant experience impacted terrain under power whilst trying to locate the destination visually after failing to respond to a series of GPWS Alerts and a final PULL UP Warning. Whilst attributing the accident to the crew, the Investigation also found a range of contributory deficiencies in respect of the Operator, official charting and ATS provision and additional deficiencies in the conduct of the unsuccessful SAR activity after the aircraft became overdue.

On 16 February 2014 a Nepal Airlines DHC6 attempting a diversion on a VFR flight which had encountered adverse weather impacted terrain at an altitude of over 7000 feet in a mountainous area after intentionally entering cloud following a decision to divert due to weather incompatible with VFR. The aircraft was destroyed and all 18 occupants were killed. The Investigation attributed the accident to loss of situational awareness by the aircraft commander and inadequate crew co-operation in responding to the prevailing weather conditions.

On 19 December 2002, a Piper PA-46 Malibu, after takeoff from Son Bonet Aerodrome, penetrated the control zone (CTR) of Palma de Mallorca tower. The pilot was instructed to leave the CTR and the aircraft headed towards mountainous terrain to the north of the island where the flight conditions were below the VFR minimum. In level flight the aircraft impacted terrain at an altitude of 2000 ft killing all three occupants.

On 27 September 2000, a Cessna 185, struck a snow covered hillside, probably while in controlled flight, en-route from Smithers BC, Canada.