An atmospheric vortex associated with the Gust Front ahead of a severe Cumulonimbus (Cb) (Thunderstorm) cell.

If the wind speed is in excess of 60 kts, then surface friction, which disturbs the straight line flow, can cause the formation of a spinning vortex at the Gust Front. The vortex starts from the ground upwards and can reach 300 feet in height, normally made visible by dust and debris. This vortex is known as a Gustnado. 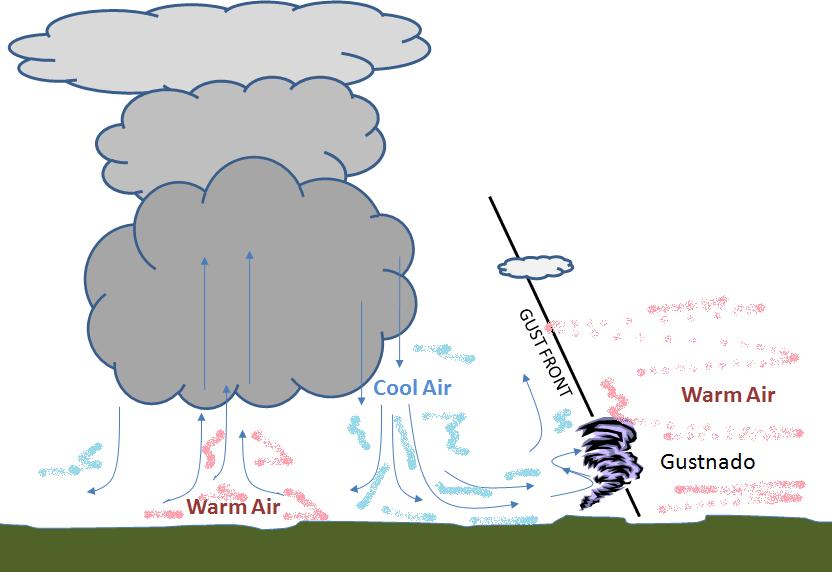 Although the name is derived from a combination of "Gust Front" and "Tornado", a Gustnado is not a Tornado. A Tornado is associated with the warm and powerful updrafts which feed the cloud, forms from and is connected to the base of the Cumulonimbus cloud, and the rotation is driven by the mesocyclonic rotation of the cloud itself. A gustnado is not connected to the cloud base, is associated with the cool downdrafts ahead of, and occasionally behind, the storm, and are shortlived in duration.