The term "Ice Contaminated Tailplane Stall", or ICTS, refers to those events that involve flow separation from the horizontal stabilizer, due to ice accretion, which leads to an aerodynamic stall of the tailplane and results in a nose-down pitch upset of the aircraft.

If the horizontal stabiliser becomes contaminated with ice, airflow separation from the surface can prevent it from providing sufficient downward force or negative lift to balance the aircraft and a nose-down pitch upset can occur.

Tailplane stall can occur at relatively high speeds, well above the normal 1G stall speed of the mainplane. Typically, tailplane stall induced by icing is most likely to occur near the flap limit speed when the flaps are extended to the landing position, especially when extension is combined with a nose down pitching manoeuvre, airspeed change, power change or flight through turbulence. Aircraft stall warning systems provide warnings based on an uncontaminated mainplane stall so during a tailplane stall induced upset there will be NO artificial stall warning indications, such as a stick shaker, warning horn or the mainplane or flap buffeting normally associated with a mainplane stall. 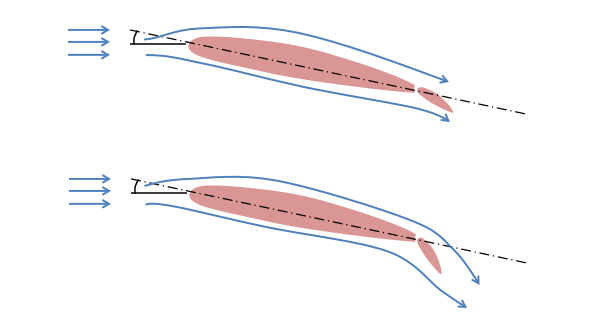 On aircraft with reversible (unpowered) elevator, tailplane airflow changes caused by ice accretion may lead to an aerodynamic overbalance driving the elevator trailing edge down and pitching the aircraft nose down. This can occur separately from or in combination with the nose down pitching moment caused by tailplane stall. The yoke may be snatched forward out of the pilot’s hands and the control force required for the pilot to return the elevator to neutral or to a nose-up deflection can be significant and potentially greater than the pilot can exert.

Indications of an impending tailplane stall, as determined under test flight conditions, include:

If tailplane stall occurs it will result in an abrupt and/or un-commanded nose down pitching manoeuvre that may be preceded or accompanied by sudden forward control column movement or snatch.

Note that in ALL cases, manufacturer's procedures and AFM guidance take precedence over any recommendations of this article

If, in an aircraft type susceptible to tailplane stall, an approach in icing conditions cannot be avoided, the pilot should:

If a sudden, un-commanded nose-down pitch occurs in combination with the symptoms of an impending tailplane stall, consider the following recovery actions:

On 9 April 2008, a BAe Jetstream 41 departed Aberdeen in snow and freezing conditions after the Captain had elected not to have the airframe de/anti iced having noted had noted the delay this would incur. During the climb in IMC, pitch control became problematic and an emergency was declared. Full control was subsequently regained in warmer air. The Investigation concluded that it was highly likely that prior to take off, slush and/or ice had been present on the horizontal tail surfaces and that, as the aircraft entered colder air at altitude, this contamination had restricted the mechanical pitch control.