Impact of Space Weather on Aviation

Impact of Space Weather on Aviation

Space weather refers to natural perturbations coming from the sun or from space that can influence the performance and reliability of space-borne, ground-based or airborne systems and can endanger human life or health.

Solar activity is not constant and, from time to time, eruptions appear on the sun’s surface which result in an abnormal level of radiation and of particle ejection. The radiation and particles are thrown into space and, if directed towards the earth, will arrive after a certain interval. Three different space weather events which effect the earth are CME’s (Coronal Mass Ejections), SEP’s (Solar Energetic Particles) and Solar Flares. These vary in times to reach the earth from as little as 8 minutes with solar flares travelling at the speed of light to as long as a day with CME’s.

The occurrence and severity of these eruptions follows an 11-year cycle composed of a period during which the severity and probability of occurrence of eruptions are quite low (but unfortunately not equal to zero), followed by a higher solar activity period called the solar maximum. This cycle can be characterized using the sun spot number (SSN), which is the arithmetic sum of the visible dark spots on the solar surface. As this parameter is quite easy to determine, it has been recorded since 1749.

The disruption caused on Earth is a result of these highly charged particles from the sun interacting with the upper atmosphere and disrupting the magnetic field of the earth. 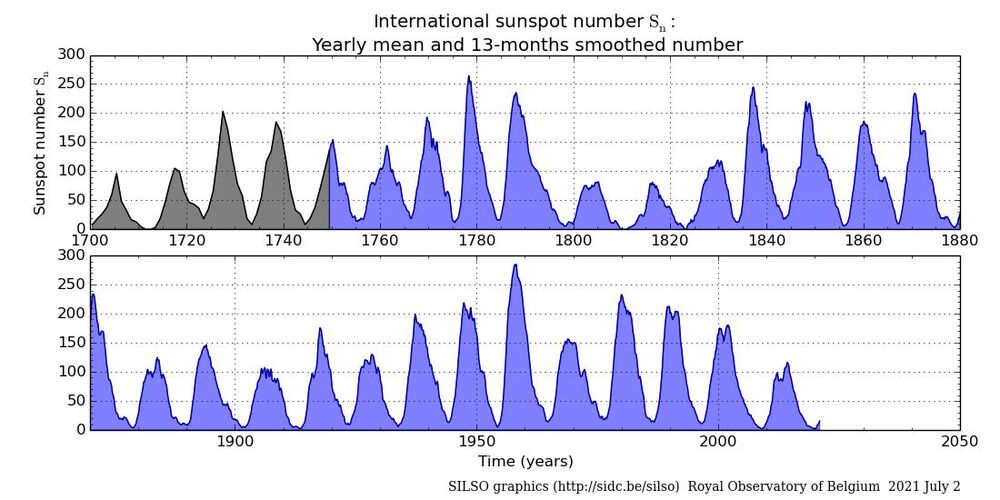 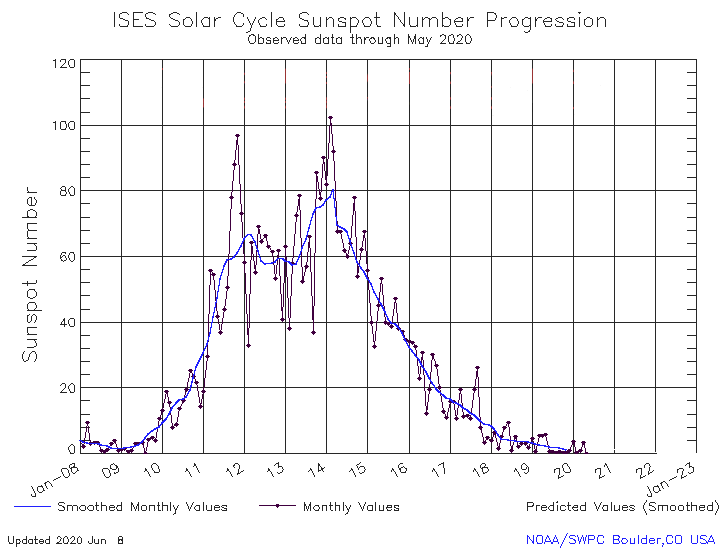 Figure (2) shows the latest prediction of the current solar cycle, known as solar cycle 24. The intensity of this solar cycle was moderate and the peak of maximum solar activity was observed in early 2014. As the solar eruptions are most likely to appear during the period of maximum solar activity but also during the decreasing phase, the occurrence and severity of solar eruptions was highest in the period from 2011 to 2017.

When a space weather event occurs, a wide range of effects can result. The main impacts on aviation are listed below.

Other effects are not under the control of the aviation community. However, side-effects may impact aviation:

The most severe events have the lowest probability of occurrence. 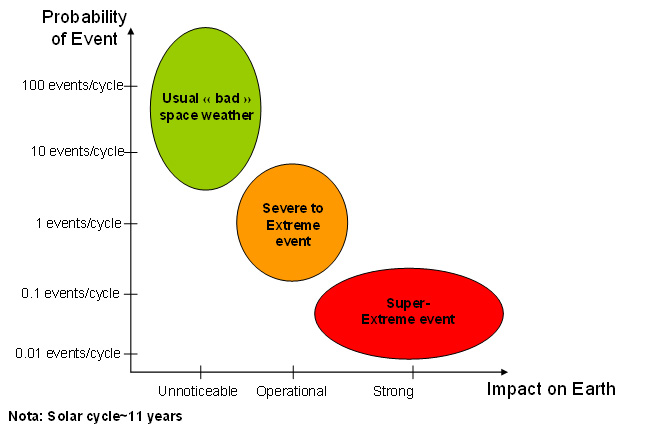 Figure 3: Probability of space weather events versus impact on Earth

Figure 3 presents the probability of occurrence depending on the magnitude of the event. Events have been separated into three different categories:

Possible impact of a severe to extreme space weather event