One key to the successful implementation of safety regulation is to attain a “just culture” reporting environment within aviation organisations, regulators and investigation authorities. This effective reporting culture depends on how those organisations handle blame and punishment.

Only a very small proportion of human actions that are unsafe are deliberate (e.g. criminal activity, substance abuse, use of controlled substances, reckless noncompliance, sabotage, etc.) and as such deserve sanctions of appropriate severity. A blanket amnesty on all unsafe acts would lack credibility in the eyes of employees and could be seen to oppose natural justice. A “no-blame” culture per se is therefore neither feasible nor desirable.

What is needed is a “just culture”, an atmosphere of trust in which people are encouraged, even rewarded, for providing essential safety-related information - but in which they are also clear about where the line must be drawn between acceptable and unacceptable behaviour.

There is a need to learn from accidents and incidents through safety investigation so as to take appropriate action to prevent the repetition of such events. In addition, it is important that even apparently minor occurrences are investigated, in order to prevent catalysts for major accidents. Safety analysis and investigation is a necessary and effective means of improving safety, by learning the appropriate lessons from safety occurrences and adopting preventative actions. It is therefore important that an environment exists where occurrences are reported, the necessary processes are in place for investigation and for the development of necessary preventative actions such as re-training, improved supervision etc.

Under “Just Culture” conditions, individuals are not blamed for ‘honest errors’, but are held accountable for wilful violations and gross negligence.

People are less willing to inform the organisation about their own errors and other safety problems or hazards if they are afraid of being punished or prosecuted. Such lack of trust of employees prevents the management from being properly informed of the actual risks. Managers are then unable to make the right decisions in order to improve safety. However, a totally “no-blame” culture is neither feasible nor desirable. Most people desire some level of accountability when a mishap occurs.

In an attempt to solve that problem, James Reason described a “Just Culture” as an atmosphere of trust in which people are encouraged, and even rewarded, for providing essential safety-related information, but in which they are also clear about where the line must be drawn between acceptable and unacceptable behaviour.

Hence, a Just Culture supports learning from unsafe acts in order to improve the level of safety awareness through the improved recognition of safety situations and helps to develop conscious articulation and sharing of safety information. Consequently, a Just Culture can be regarded as an enabler, and even indicator of, (a good) Safety Culture.

People are understandably reluctant to report their mistakes to the organisation that employs them or the government department that regulates them. To encourage them to do so, these organisations should publish statements summarising the fundamental principles of a just culture which they will follow. Additionally, they must ensure that these principles are applied at all levels of their organisations.

Such a statement should cover the following matters:

People are reluctant to draw attention to errors made by themselves or their colleagues, due to personal embarrassment. They must be confident that their identity, or the identity of any person implicated in the report will not be disclosed without their permision or unless this is required by law. An assurance should also be given that any subsequent safety action taken will, as far as possible, ensure the anonymity of the persons involved.

A person who breaks the law or breaches a regulation or company procedure through a deliberate act or gross negligence cannot expect immunity from prosecution. However, if the offence was unpremeditated and unintentional, and would not have come to light except for the report, he/she should be protected from punishment or prosecution.

An example of a statement made by a regulator is contained in the introduction to UK CAA CAP 382: Mandatory Occurrence Reporting.

Key Features for Developing and Maintaining a Just Culure

The following list oultines some of the key features that need to be addressed when developing and maintainng a Just Culture in an organisation: 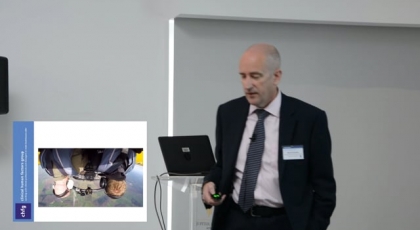