Most communication between pilots and controllers is done by voice. CPDLC has become an alternative in recent years though it is only intended to be used in situations that are not time-critical.

Visual signals have been used for communication by pilots and air traffic controllers since the early days of aviation when radio was not widespread and the equipment was unreliable. These included flags and light signals. Unlike CPDLC which can be used in a wide variety of situations, the visual signals are limited to a few safety-critical messages.

Nowadays visual signals are still used at aerodrome control towers as a backup in case of radio failure. The controller uses a light gun or a flare gun to send the messages.

The light gun is a relatively large (but still handheld) projector which is aimed at the aircraft. The controller uses a trigger to transmit either a series of pulses or a continuous stream of light and may choose the colour of the beam (red, green or white). 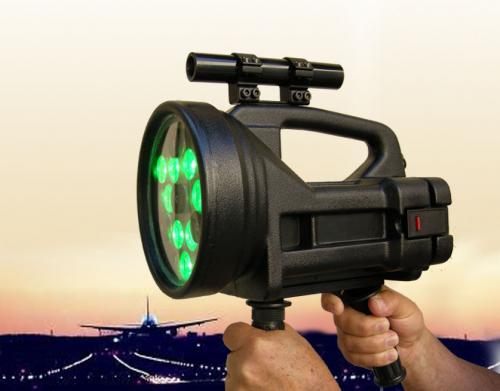 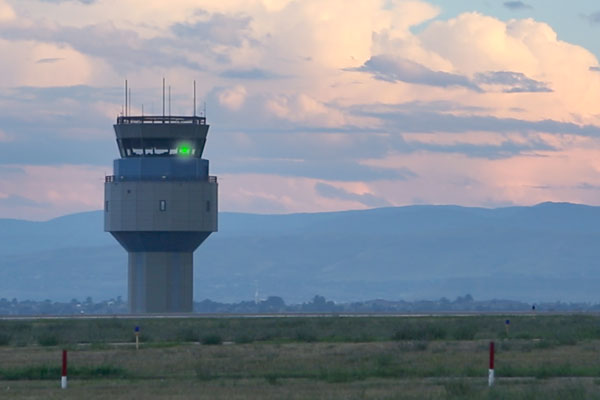 A green signal from the tower.

Signals from the controller

* Clearances to land and to taxi will be given in due course. 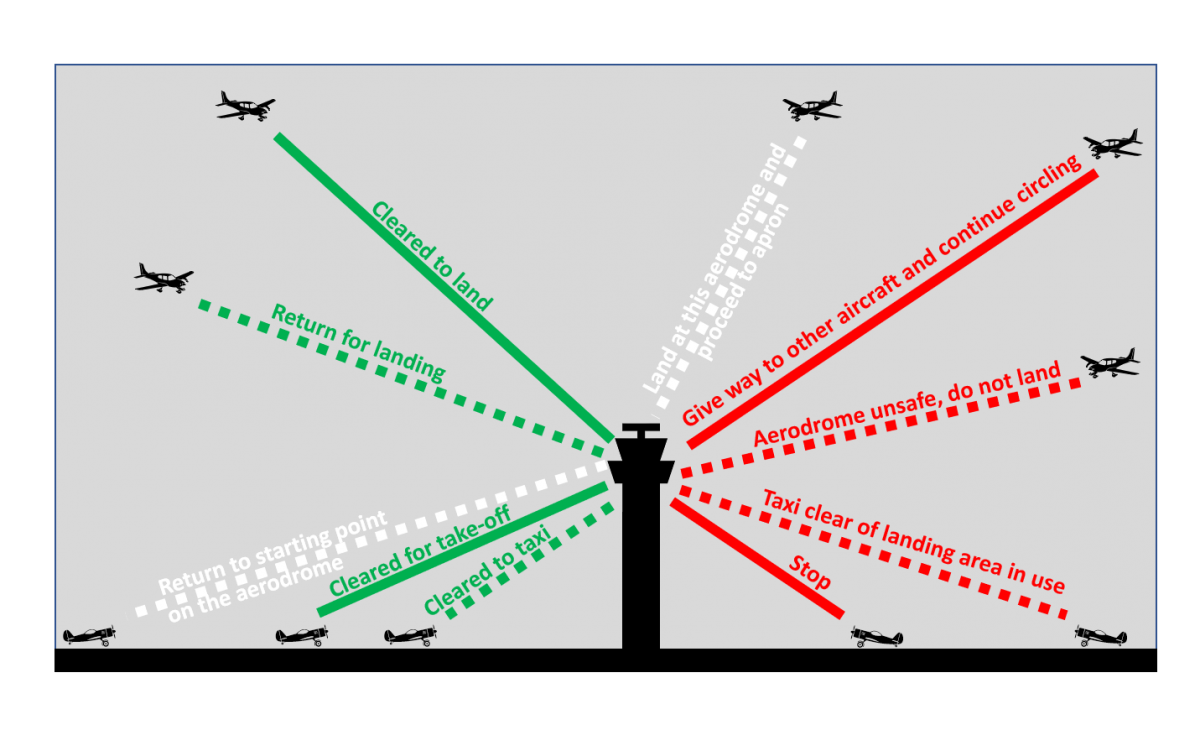 Light gun signals from the tower.

In the USA, another signal is used - alternating red and green pulses meaning "Exercise extreme caution". Note that this is not an ICAO standard and is therefore not universally adopted.

The meanings of the signals are printed on the side of the light gun for reference.

Acknowledgement from the aircraft:

During daylight hours, controller signals are acknowledged by:

During the hours of darkness, acknowledgement is made by flashing on and off twice the aircraft’s landing lights or, by switching on and off the navigation lights twice.

The flare gun, also referred to as flare pistol (or Very pistol, named after the person who developed the most common design), is a small gun that discharges projectiles which produce light as they burn. This is used for sending signals in various circumstances (e.g. to indicate a state of distress) and generally, various colours for flares are available. In the tower, however, the only colour used is red and the message is "Notwithstanding any previous instructions, do not land for the time being". Unlike light gun signals, the flare is not addressed to a particular aircraft. 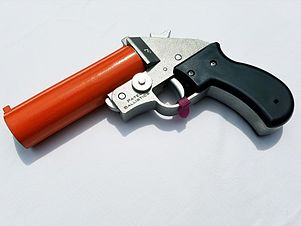