Mediterranean tropical-like cyclones, often referred to as "medicanes" but sometimes also as Mediterranean cyclones or as Mediterranean hurricanes, are meteorological phenomena observed over the Mediterranean Sea. On rare occasions, some storms have reached the strength of a Category 1 hurricane. The main hazard posed by medicanes is not usually from destructive winds, but from life-threatening torrential rains and flash floods. 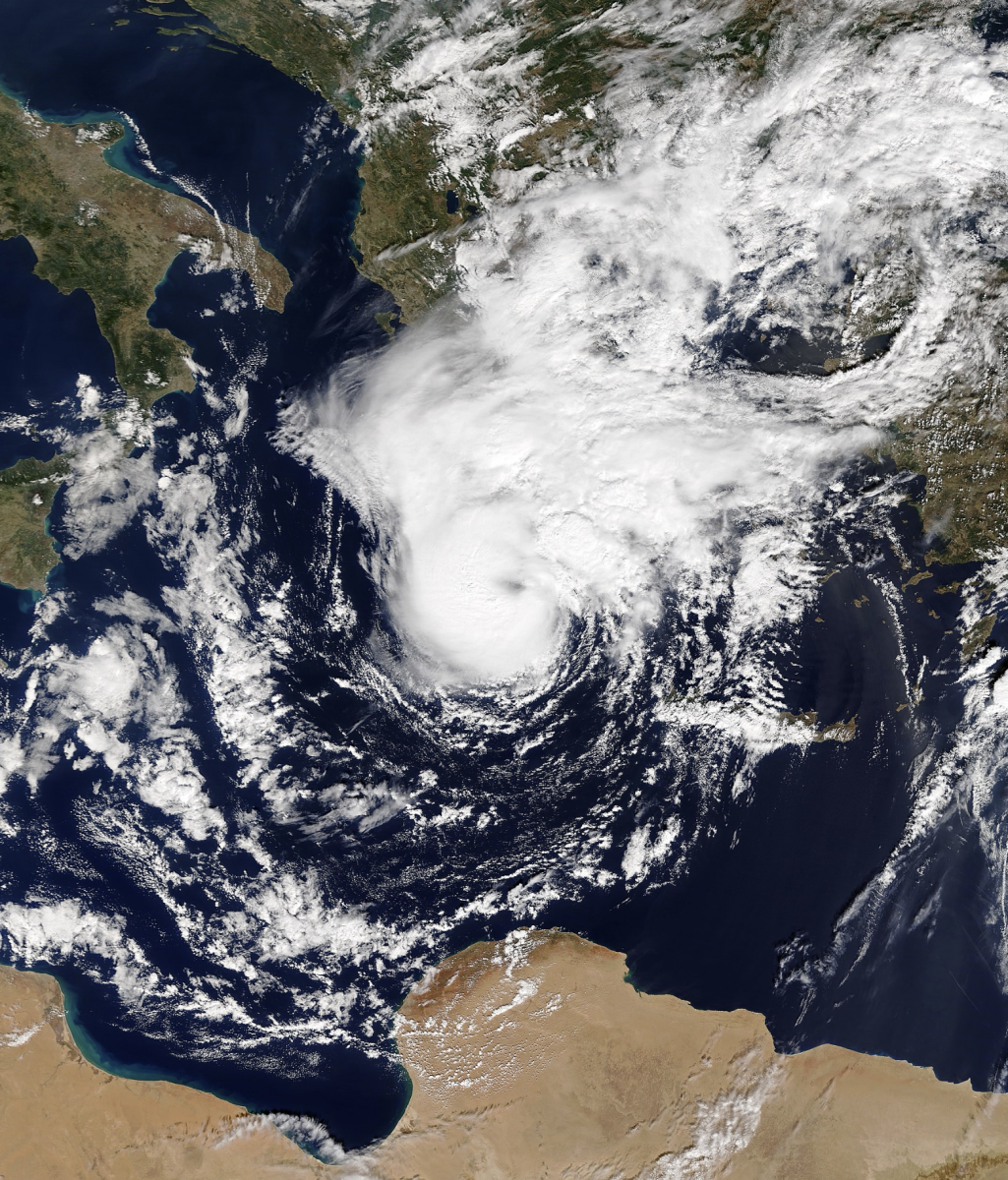 There is no official meteorological definition of the term medicane, but it often is used to describe a deep area of low pressure that forms in the Mediterranean Sea, acquires the characteristics of a tropical cyclone and sometimes has the appearance of a hurricane. Tropical cyclones are distinct from low pressure areas that form at higher latitudes in that they derive their energy from the warm ocean surface, do not have warm and cold fronts associated with them, and they have their strongest winds and most intense storm activity close to their centres. The factors required for the formation of medicanes are somewhat different.

Medicanes can develop when cold air intrusions move far southward over the Mediterranean Sea. Although the lower atmosphere warms over the warm water, the upper atmosphere remains cold, thus increasing the lapse rate - essentially the rate at which the temperature changes with changes in altitude - and instability. Convection can develop near the center of a pre-existent, cold core, low pressure area. In time, latent heat released aloft by the convection can convert the cyclone to warm core with associated tropical characteristics. This process does occur in other oceanic regions with resultant subtropical or tropical development. The cold air aloft allows for unstable lapse rates and convective activity even when water temperatures are too cold for typical tropical cyclone development.

Because they have less warm water over which to traverse, medicanes have less time to intensify and only persist for a few days before coming ashore. The theoretical maximum potential intensity of medicanes is equivalent to a Category 1 hurricane, which is the lowest classification on the Saffir–Simpson hurricane wind scale. While the entire lifecycle of a cyclone may encompass several days, most will only retain tropical characteristics for less than 24 hours.

Medicanes occur once or twice per year on average, and predominantly between September and January.

A majority of medicanes form over two regions:

The passage of a medicane can cause significant disruption to airport and ATC operations as a result of strong winds and flash flooding. When Medicane Zorbas affected much of southern Greece, Crete and the Cyclades islands in September 2018, EUROCONTROL issued warnings to airspace users to expect delays and reroutes and load file accordingly. 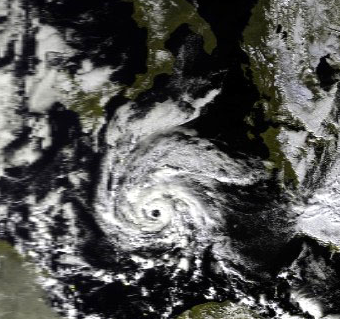