The Middle Ear refers to a collection of bones (ossicles) and muscles contained within a chamber (tympanic cavity) that sit between the Outer Ear and the Inner Ear, bounded by the tympanic membrane (eardrum) and the oval window respectively. The eardrum transforms air pressure waves into physical vibrations – the middle ear amplifies these vibrations – the oval window allows the amplified vibrations to “flow” into the fluid-filled cochlea. Therefore, the primary function of the middle ear is to act as a mechanical amplifier. Without the middle ear 99.9% of the sound energy entering the outer ear, and vibrating the eardrum, would be reflected by the fluid-filled inner ear. This is because fluid has a much higher impedance to sound waves than air, which in contrast is a very efficient medium. 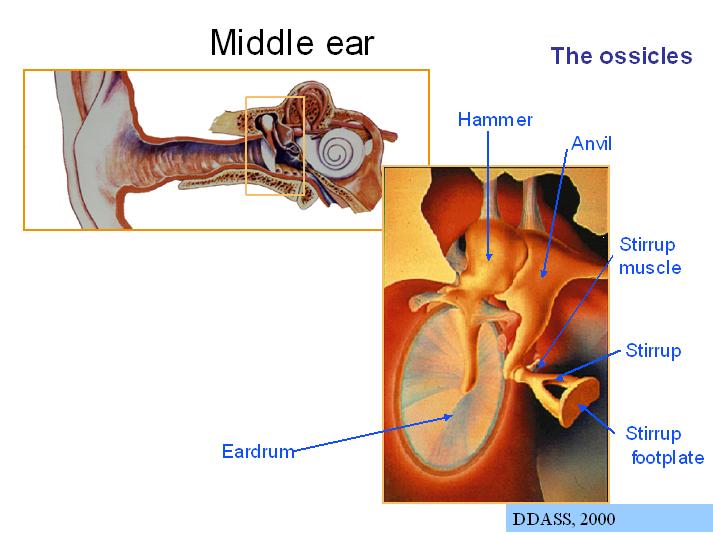 The eardrum is attached at the umbo to the ossicular chain, which consists of three tiny bones:

Normal Operation of the Middle Ear

Normally the walls of the Eustachian tube are collapsed, and jaw-moving actions such as swallowing, talking, yawning and chewing open the tube to allow air in or out as needed for equalisation. 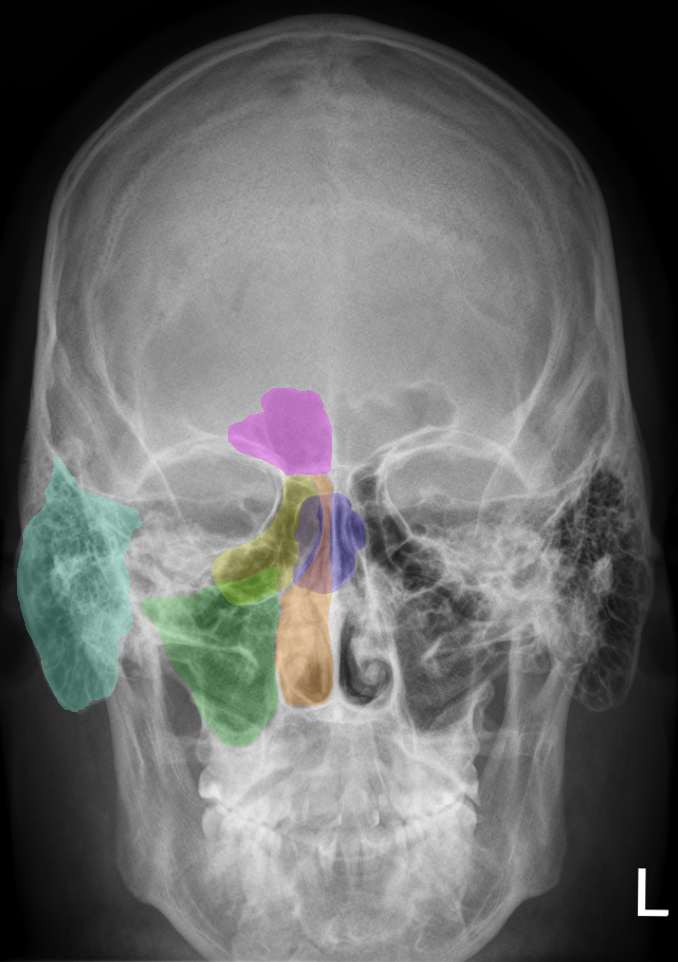 Sinuses are cavities within a bone or other tissue, and humans have many around their bodies.

For flight, we are concerned mostly with the “paranasal sinuses”, which are a group of four paired air-filled spaces that surround the nasal cavity and they are named after the facial bones in which they are located:

The paranasal sinuses are lined with respiratory epithelium; which is a moist tissue whose purpose is protection from potential damage caused by mucous movement, and also to act as a barrier to pathogens and particles.

The paranasal sinuses are joined to the nasal cavity via small orifices called ostia; these are normally clear and allow pressure to equalise between the sinus cavities and the external environment.

Whether flying in an unpressurised or pressurised aircraft, passengers and crew will experience a decrease in ambient (environmental) pressure whilst climbing, and an increase in pressure during descents. Some of these changes can be quite rapid. Such changes in pressure, and the speed of change, are not normally experienced “on the ground”; a rare example concerns travelling on a train as it enters or exits a tunnel at great speed. Divers will also experience similar pressure changes as they descend and ascend.

In most people, the ability of the middle ear to equalise pressure via the Eustachian tubes is adequate to prevent discomfort and retain good hearing during all stages and profiles of flight. This is mostly achieved automatically, and any “lag” between the middle ear cavity and the aircraft cabin can usually be eliminated by gentle yawning or chewing. Sometimes, if pressure is felt within the ear, it is possible to force the issue by clasping the nose and blowing into a closed mouth (Valsalva method); what may be known as “popping” the ears. Even when the Eustachian tubes are infected (see below) it can be relatively easy to equalise the ears when adjusting to lower cabin pressure (i.e. when climbing). However, in the descent, even the Valsalva method may not “pop” the ears and the increased external pressure will cause great discomfort

Similarly, the ostia usually remain clear enough to allow equalisation between the paranasal sinus cavities and the external air pressure. There is no natural mechanism we can employ to hasten the equalisation of the sinuses as there is for the middle ear.

If the Eustachian tube(s) and/or the ostia become blocked, or partially blocked, then a pressure differential will exist across the eardrum(s) and parts of the face and skull respectively; this can lead to pain, which can become severe.

In the case of the eardrum, the tympanic membrane will be distorted inward or outward, depending on the direction of the pressure differential. The ensuing pain is known as otic barotrauma, and will be felt acutely in the ears, also affecting one’s hearing. Sinus barotrauma will be felt above the eyes, behind the nose and in the cheeks, and possibly with a sensation that the teeth and gums are affected.

Causes of Blockage to the Middle Ear & Sinuses

Apart from physiological reasons, the anatomic causes of blocked Eustachian tubes and ostia are practically identical and often the two events will occur together.

Most commonly, these causes are both bacterial and viral infections such as colds and flu; however, blockages can also occur as a reaction to allergies and various diseases. Because, in both the middle ear and the sinuses, a blockage means that mucous cannot be removed, it is possible for bacteria to grow in this mucous, causing further infection, such as sinusitis, and therefore prolonging the problem.

If symptoms of otic or sinus barotrauma, or discomfort, occur in-flight then action is required, depending on the stage of the flight profile (climb, cruise, or descent), the severity of the trauma, and also depending on whether the patient is a crew member or passenger. Solutions may include: an immediate return to the departure aerodrome; a reduced cruising altitude; pressurisation management; and, continuation to destination with the application of first aid. Most critical for severe cases will be the need to control the descent in stages, allowing the patient time to equalise their ears frequently. The most crucial stage (i.e. with the greatest pressure change) is the last few thousand feet of altitude.

An badly affected crewmember should be removed from duties. There can be some leeway if one of only two pilots is affected, depending on the severity of pain; but discussions will need to cover the potential symptoms of degraded hearing, performance and possible dizziness and imbalance.

All cabin and flight crew are regularly trained in first aid and the use of the first aid equipment on-board. This will include the use of nasal decongestants to assist in freeing up the Eustachian tubes and ostia, usually in connection with the Valsalva method of ear “popping”. They will also be familiar with the use of analgesics to relieve some of the associated pain.

The simplest measure to take is to never fly with a cold, flu, or any other similar illness and infection. Similarly, do not fly if you cannot equalise the pressure in your middle ears using the Valsalva method; perhaps making it a habit to check this before every flight is a good habit to adopt?

The common causes of blocked ostia and Eustachian tubes usually clear up within a period of a few weeks, and usually no long-term damage occurs. Symptoms, including sinusitis headaches, can be alleviated by an array of different prescribed and over the counter drugs and products. However, flight and cabin crew should not self-medicate and should consult their Company surgeon or private Doctor. For some persistent bacterial infections antibiotics may need to be prescribed, which may preclude any flying for the duration of the course (often 10-days).

Blockages resulting from allergic reactions may be relieved through decongestants and antihistamine, but ultimately the source of the allergy will need to be addressed.