Principle of operation The radar antenna rotates (usually at 5-12 rpm) emits a pulse of radio wave. Upon reaching an aircraft (or other object) the wave is reflected and some of the energy is returned to the antenna. 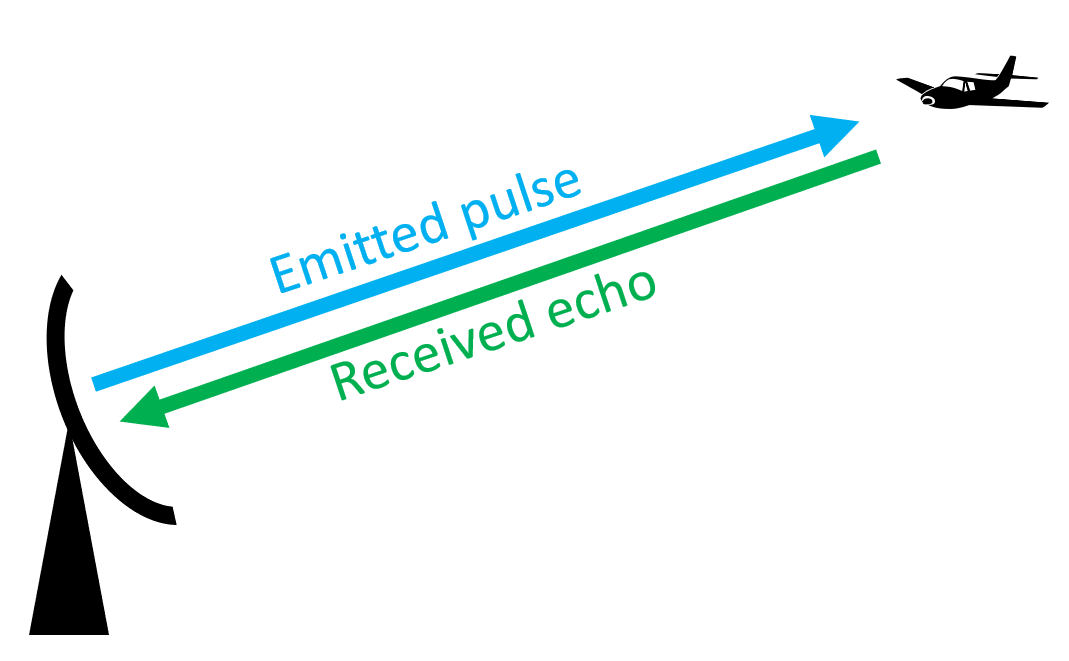 The PSR output data uses polar coordinate system - it provides range and bearing of the targets found in respect of the antenna position. Note that the range is the slant distance from the antenna and not the horizontal distance.

The range is determined by the time difference of the emitted and received pulse (the speed of propagation is the speed of light) and the bearing is obtained from the antenna azimuth. The rotation speed of the antenna is usually between 5 and 12 rpm.

The antenna radiation pattern is a narrow beam when seen from above and, with some approximation, can be considered as a trapezium if seen from the side. 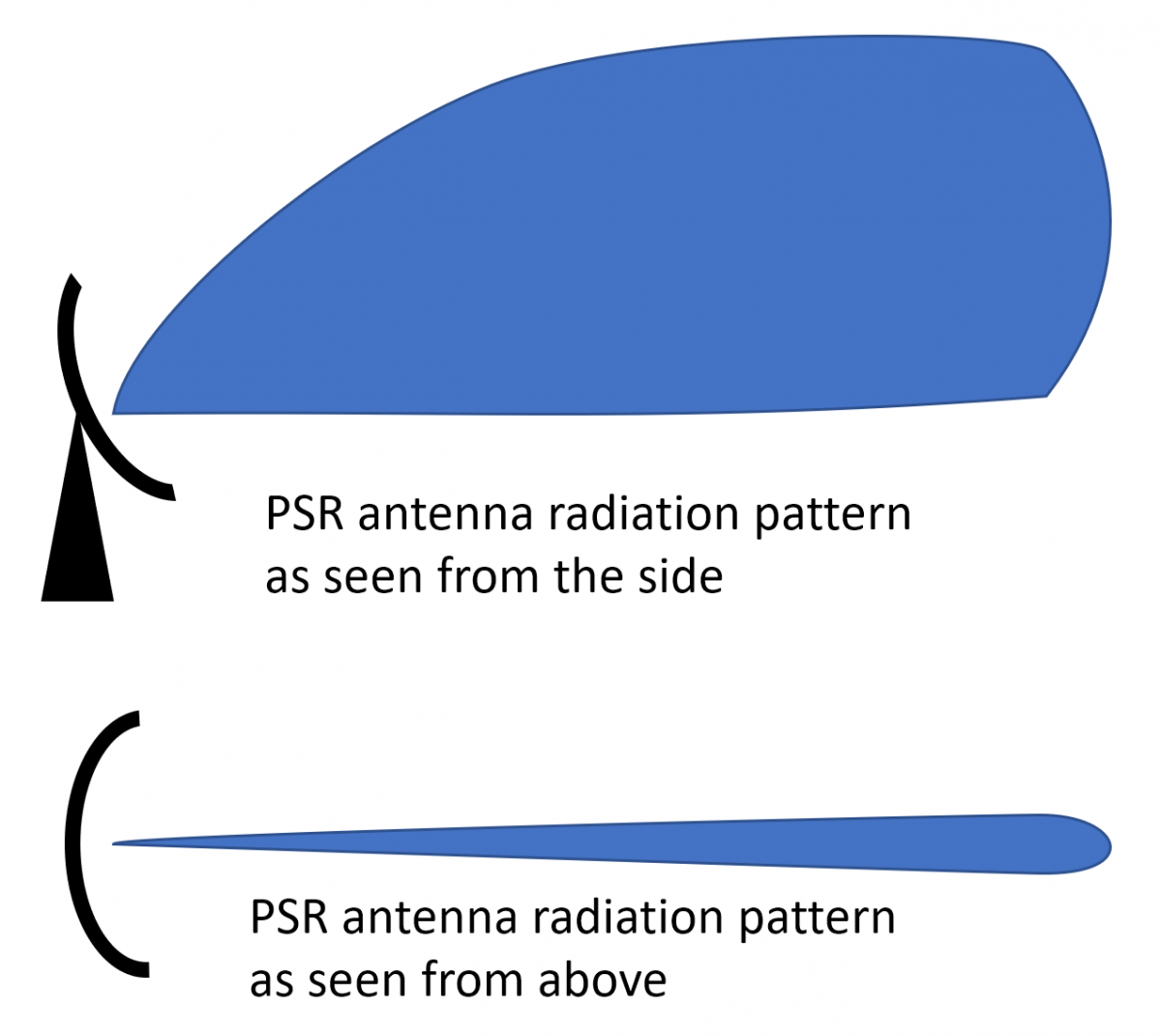 PSR is the only surveillance sensor used in civil aviation that does not require any on-board equipment to locate aircraft. Unlike SSR, ADS-B and MLAT it can discover an aircraft experiencing Transponder Failure or an intruder.

The advantages of the PSR and SSR are often combined by co-locating them.