The range and bearing tool is a line that connects two points on the situation display and provides information about the distance and the bearing between them. it is incorporated in all modern ATS systems because it is versatile, reliable and easy to learn/work with. It may be called differently depending on the particular system (e.g. RBLINE, R&B line, QDM, etc.) but works more or less in the same way. The controller activates the feature manually by pointing to the points of interest which may be a point on the screen, a waypoint or navaid or an aircraft track. As a minimum, the system calculates the distance and the bearing between the two objects (and displays it as a small label near the line), but often other data is available, e.g.:

The tool often incorporates a "snap" feature so that objects, such as aircraft tracks, waypoints or navaids are captured easily. This means that a click "in the vicinity" of an object is considered as made exactly on that object. It should be noted though, that although in most cases this feature is very helpful, it sometimes prevents the controller from placing one of the line ends where they desire.

Some ATS system features use automated range and bearing lines. For example, when an STCA warning is activated, this may be complemented with a line, connecting the two conflicting tracks and showing the current distance between them.

The range and bearing tool has a variety of practical applications, including: 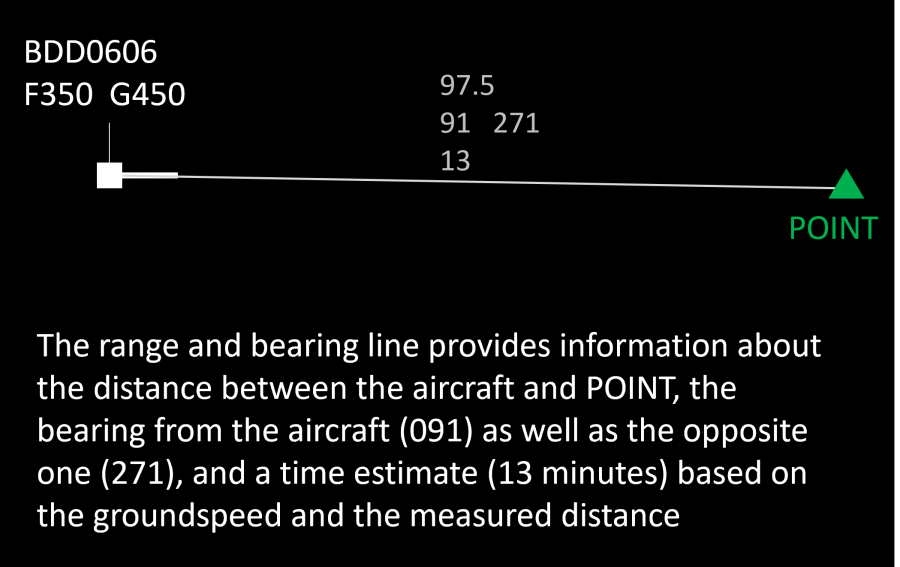 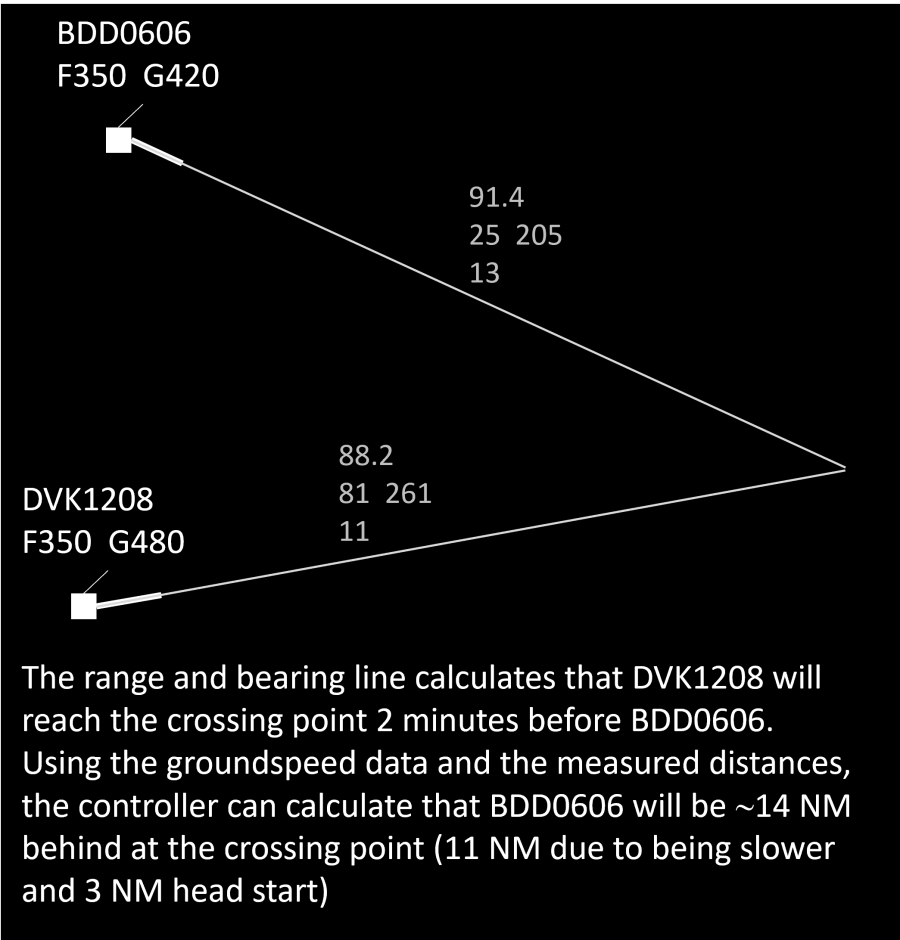 Range and bearing lines are manual tools and thus the result heavily depends on the controller's proficiency with them. The following list contains some examples where the numbers presented may be misleading: 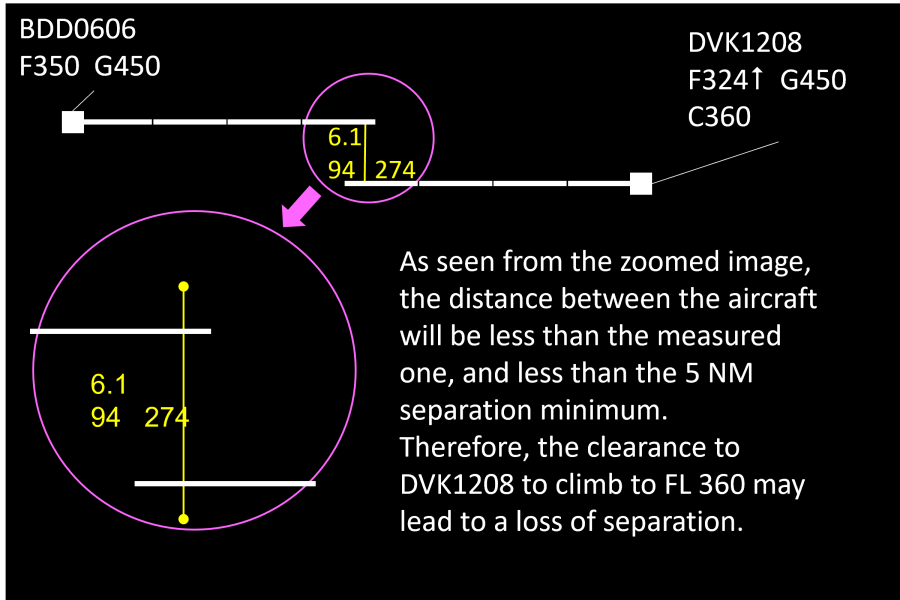 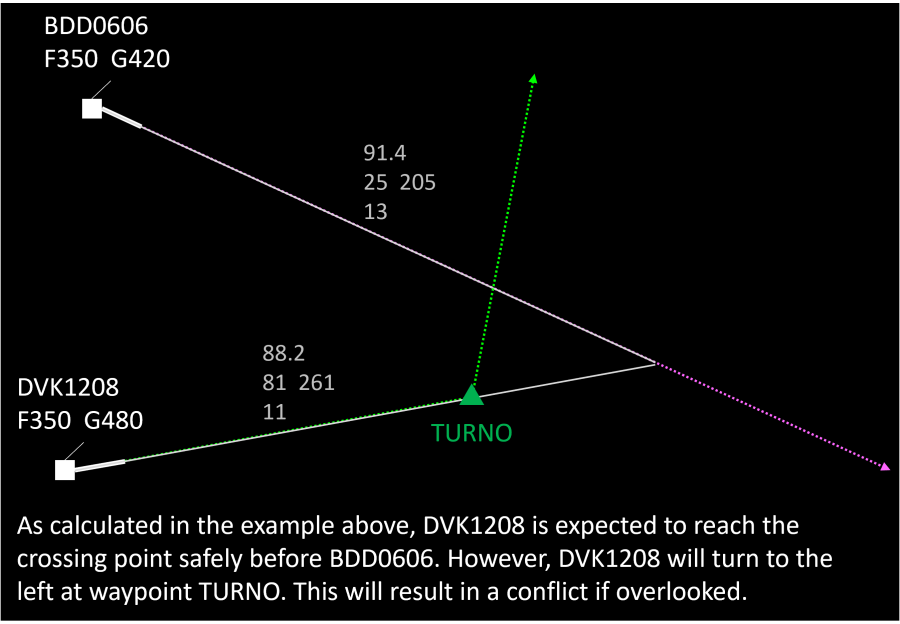 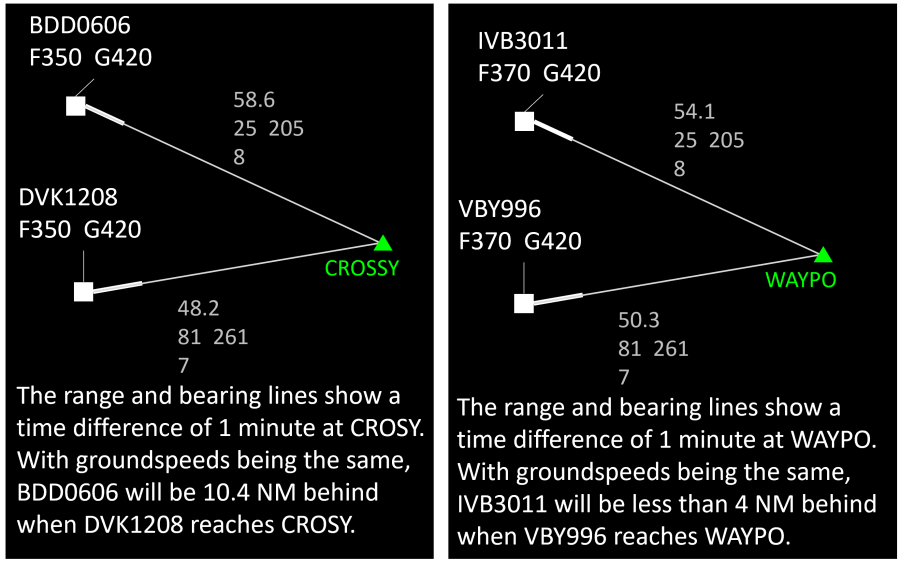