The term Reduced Aerodrome Visibility Conditions (RAVC) has been established to define those meteorological conditions where all or part of the manoeuvring area cannot be visually monitored from the control tower and consequently the personnel of the control units are unable to exercise visual control over the traffic in the area. 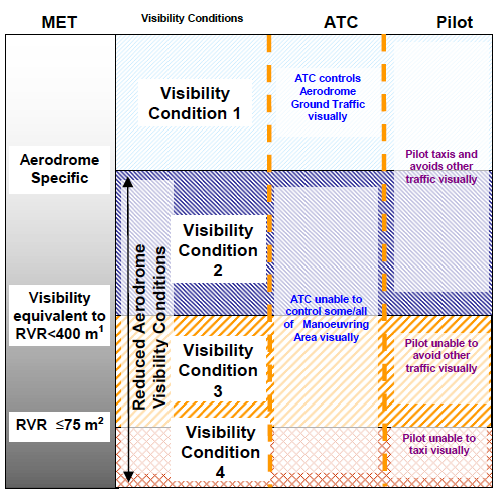 The transition from Visibility Condition 2 to Visibility Condition 3 will be determined locally depending on factors such as the layout and complexity of the taxiway system, the types of aircraft operating. For taxiing this is normally taken as visibilities equivalent to an RVR of less than 400m (Doc 9476).