Runway misalignment is a situation where a crew fails to position their aircraft on the runway centreline prior to commencing a take off. While it is possible to successfully complete the roll, the situation sometimes results in a Rejected Take Off or a Runway Excursion. Also, even in the case of aircraft becoming airborne, it is not uncommon to either receive damage to the aircraft or to cause damage to ground equipment (most often to the runway edge lights).

The following is an (non-exhaustive) list of factors that may contribute to aircraft misalignment. Normally any of these, on its own, would not be sufficient to cause enough degradation of the crew Situational Awareness. When several of them are combined however, the risk increases. The factors may roughly be combined into three groups: 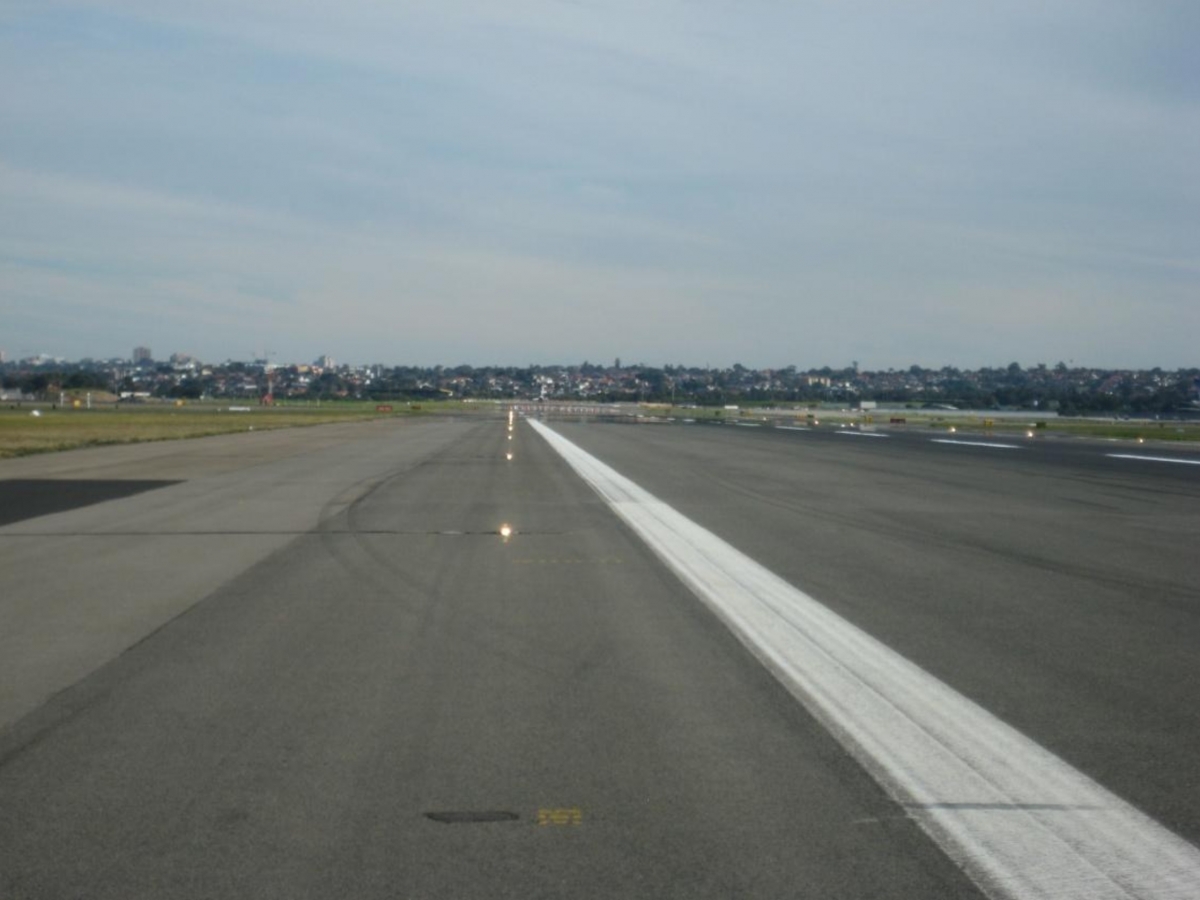 An example of a runway having extra pavement

On 27 April 2020, an ATR 72-200 freighter crew attempted a night takeoff in good visibility aligned with the edge of runway 06 and did not begin rejecting it until within 20 knots of the applicable V1 despite hearing persistent regular noises which they did not recognise as edge light impacts and so completed the rejection on the same alignment. The Investigation noted both pilots’ familiarity with the airport and their regular work together and attributed their error to their low attention level and a minor distraction during the turnround after backtracking.

On 23 January 2019, a Bombardier DHC8-100 failed to complete its intended night takeoff from Rouyn-Noranda after it had not been commenced on or correctly aligned parallel to the (obscured) centreline and the steadily increasing deviation had not been recognised until a runway excursion was imminent. The Investigation attributed this to the failure of the crew to pay sufficient attention to the external perspective provided by the clearly-visible runway edge lighting whilst also noting the Captain s likely underestimation of the consequences of a significant flight deck authority gradient and a failure to fully follow relevant applicable operating procedures.

On 18 January 2016, an Embraer 120 crew made a night takeoff from Amsterdam Runway 24 unaware that the aircraft was aligned with the right side runway edge lights. After completion of an uneventful flight, holes in the right side fuselage and damage to the right side propeller blades, the latter including wire embedded in a blade leading edge, were found. The Investigation concluded that poor visual cues guiding aircraft onto the runway at the intersection concerned were conducive to pilot error and noted that despite ATS awareness of intersection takeoff risks, no corresponding risk mitigation had been undertaken.

On 25 January 2016, an ATR 72-200 crew departing from and very familiar with Karup aligned their aircraft with the runway edge lights instead of the lit runway centreline and began take-off, only realising their error when they collided with part of the arrester wire installation at the side of the runway after which the take-off was rejected. The Investigation attributed the error primarily to the failure of the pilots to give sufficient priority to ensuring adequate positional awareness and given the familiarity of both pilots with the aerodrome noted that complacency had probably been a contributor factor.

Categories
Runway Excursion, Overrun on Take Off, Veer Off