ROPS is an Airbus system designed to continuously calculate whether the aircraft can safely stop in the runway length remaining ahead of the aircraft. If at any point the system detects there is a risk of a runway overrun, flight deck alerts are generated to help the crew in their decision making. ROPS is hosted in the aircraft avionics. The system has access to the parameters which affect an aircraft’s stop distance, such as:

ROW becomes active at 500ft and remains active throughout short-final, the flare and touchdown until transition to ROP. ROW stopping distances are based on the same principles as the Airbus In-Flight Landing Distances. 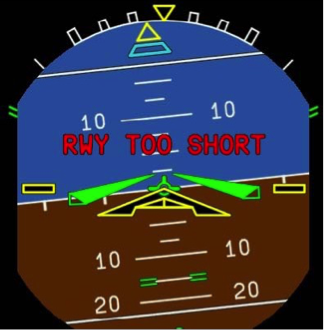 Figure 1 - RWY TOO SHORT message on the PFD 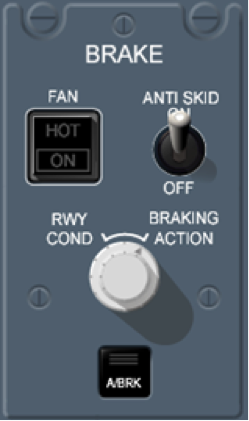 Figure 2 - Runway State Selection Knob available on the Airbus A350

ROP becomes active on-ground after transition from ROW and remains active until taxiing speed. ROP uses the aircraft’s current deceleration and aircraft characteristics to determine where the aircraft can safely stop on the runway. If ROP detects a risk of runway overrun, aural and visual alerts are triggered. On the PFD the red visual alert “MAX BRAKING, MAX REVERSE” is displayed. Aural alerts are prioritized: “BRAKE, MAX BRAKING, MAX BRAKING” aural alert is triggered until pilot application of pedal braking, then aural alert “SET MAX REVERSE” if maximum reverse thrust has not been selected. If overrun condition still exists at 70kt, the aural alert “KEEP MAX REVERSE” will trigger to remind the flight crew to keep maximum reverse thrust.

ROP is reversible and alerts are cancelled when overrun risk is no longer present. On the Airbus A380 and A350, if an Autobrake mode is engaged, ROP will automatically apply maximum braking in case of runway overrun risk. ROPS and Navigation Display

On the Airbus A380 and A350, ROPS is integrated with the aircraft flight management and navigation systems and provides pilots with a real-time, constantly updated picture on the navigation display of where the aircraft will stop on the runway in WET or DRY conditions (or pilot selected runway condition for A350). 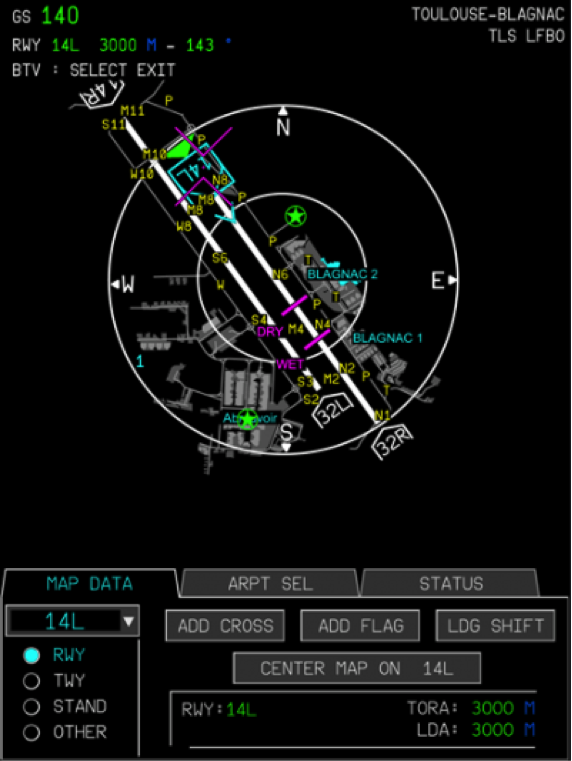 On the Airbus A350 and A380, the ROPS system is directly integrated with Airbus’ Brake-to-Vacate (BTV) which is an autobrake mode that optimizes the deceleration to achieve the runway exit selected by the pilot.

ROPS was certified for: