A surveillance radar system which uses transmitters/receivers (interrogators) and transponders.

The radar antenna rotates (usually at 5-12 rpm) and transmits a pulse which is received by the onboard equipment (transponder). The transponder sends back a reply containing at least a code (if operating in Mode A) but more often this is combined with level (mode C) or other information, e.g. aircraft identification, selected level, etc. (Mode S). The information received depends on the interrogation mode (A, C or S) and the transponder capability. For example, interrogation in Mode A will receive a reply in mode A even though the transponder may have Mode C or Mode S capability and an interrogation in Mode C will not trigger a response from a Mode A transponder. Typically, two Mode A interrogations are followed by a Mode C interrogation. The reason for using Mode A more frequently is that the identity of the aircraft (the SSR code) is of greater importance to the controller. 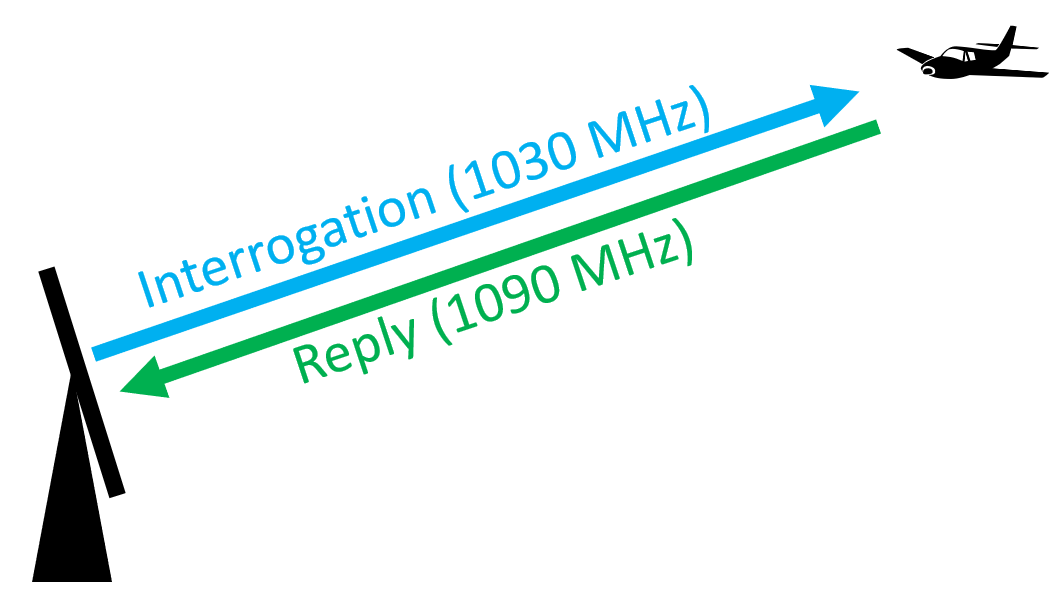 Note that the level received from the transponder is always in respect to standard pressure (1013.25 hPa, 29.92" Hg) regardless of the altimeter setting selected by the pilot. This is a mitigation against human error. As a result, when the controller observes that two aircraft are separated by 1000 feet, it means that this separation exists regardless of the altimeter settings of the two aircraft.

When the reply is received, aircraft position (range and bearing) is determined. The range is calculated by knowing the time difference between the interrogation and the reply (the speed of propagation is the speed of light). The azimuth is taken from the antenna position. The antenna usually rotates at 5-12 rpm.

SSRs may be used as interrogators for passive MLAT/WAM arrays.

The advantages of the PSR and SSR are often combined by co-locating them.