National authorities lay down vertical and horizontal separation standards to facilitate the safe navigation of aircraft in controlled airspace. Observance of these standards ensures safe separation from the ground, from other aircraft and from protected airspace (see Loss of Separation). Separation standards may sometimes serve to reduce exposure to Wake Vortex Turbulence although there are many occurences of significant wake vortex encounter at separations much greater than prevailing minimum separation.

National separation standards are based on the provisions of ICAO Doc 4444 (Procedures for Air Traffic Management), especially Chapter 5. Differences from these standards (if any) are published in national AIPs.

The methods used to achieve separation are varied and complex, depending on the phase of flight and the relative trajectories of the aircraft involved. The examples quoted below illustrate the more simple methods used for aircraft in the cruise.

Vertical separation is achieved by requiring aircraft to use a prescribed altimeter pressure setting within designated airspace, and to operate at different levels expressed in terms of altitude or flight level.

ICAO specify minimum vertical separation for IFR flight as 1000 ft (300 m) below FL290 and 2000 ft (600 m) above FL290, except where Reduced Vertical Separation Minima (RVSM) apply. Most national authorities follow a similar rule, but may specify a different level at which the rule changes.

Lateral separation is achieved by various means, which include the following: 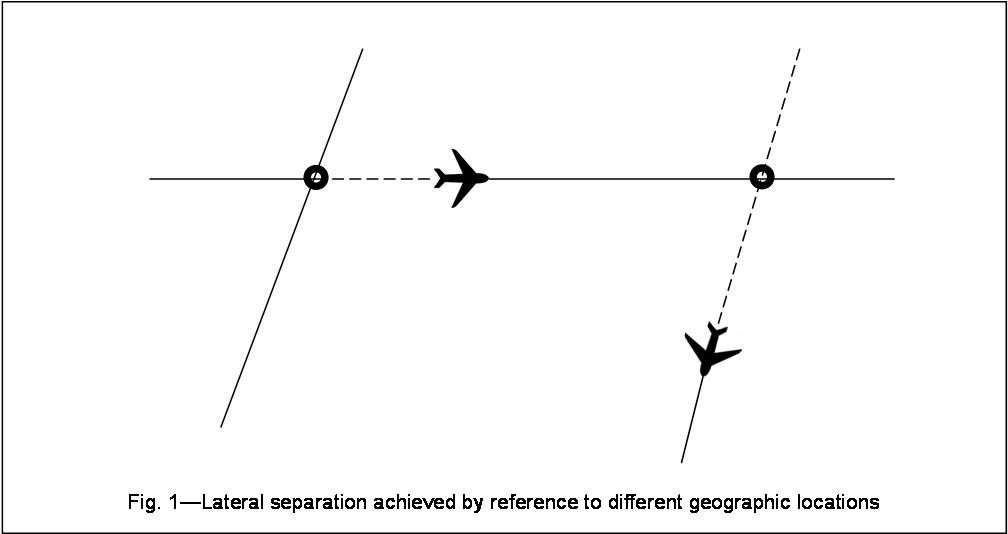 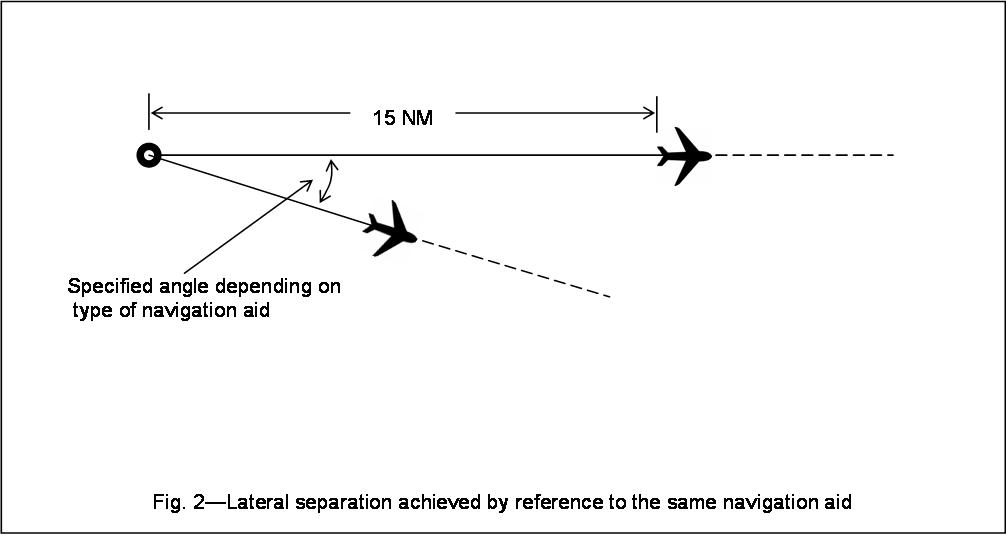 The separation minimum or minima based on radar and/or ADS-B and/or MLAT systems to be applied are to be prescribed by the appropriate ATS authority based on the equipment used. Therefore, higher than 5 nm horizontal separation minima may be applied in certain parts of the airspace and/or at certain times.

In addition to traffic separation standards applied to aircraft on approach to or taking off from the same or closely spaced runways, more restrictive separation minima are defined (see Mitigation of Wake Turbulence Hazard) to ensure that following aircraft, especially smaller ones, are not hazarded by the effects of wake vortex turbulence generated by a preceding aircraft.

Aircraft are categorised according to their MTOM (maximum take-off mass) and minimum separation times or distances are applied to aircraft in sequence so that aircraft following a higher MTOM aircraft are given greater spacing than those following a same or lower MTOM category. Details of the separation applied depends on circumstances, for example whether aircraft are using the same, parallel or crossing runways, and whether using the same or different take-off commencement or touchdown positions.