This briefing note provides a summary of socio-cultural considerations in the context of aviation. It explores those aspects of culture that can influence an individual’s interactions with others of similar or different backgrounds. The focus is on the impact of national, professional/occupational and organizational cultures on aviation safety.

Aviation is a global industry that often involves operations across borders. With increases in the movement of people around the world, there are many occasions when flight crews comprise individuals from diverse cultural backgrounds. In the past, the predominant cultural issues within an international airline were professional/ occupational and organizational in nature. This was because many airlines operated with crews from a single country of origin and, therefore, there were no cultural issues related to nationality.

Today, however, crews often consist of people with different national origins flying together on both international and domestic flights. Such situations have created socio-cultural issues that were not previously found in the cockpit. These new socio-cultural issues add to the complexity of interactions among crewmembers.

The term socio-culture refers to the combination or interaction of social and cultural elements. Social factors are related to the interactions of people.

Hofstede (1980) defines culture as “the collective programming of the mind which distinguishes the members of one state from another” and states that “culture is to a human collectivity what personality is to an individual.” Merrit (1993) defines culture as “the values and practices that we share with others that help define us as a group, especially in relation to other groups.”

From those definitions, it is evident that culture can greatly affect an individual’s social interactions with others from the same or different cultures. Flight crews are not immune to the effects of culture and should attempt to understand how culture can affect social interactions among crewmembers and how these relate to flight safety.

One of the important elements of managing the effects of culture is to be aware of one’s own cultural influences. The multiple layers of culture that can affect an individual are presented in Figure 1. 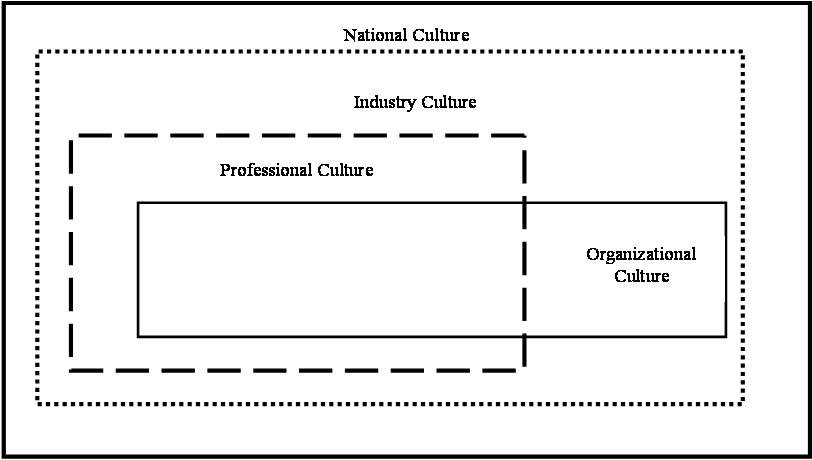 The next level of culture is the industry culture. This culture is a function of the accepted practices for a particular industry. Some industries have a more safety- oriented culture than others.

Hofstede (1991) defines three dimensions of national culture. Each of these dimensions is discussed below, along with how they might affect flight operations.

Individualism vs. collectivism. This dimension of culture describes the relationship between an individual and the societal group. Individualistic societies, such as the United Kingdom, United States and Australia, emphasize personal initiative and individual achievement. Helmreich and Merrit (1998) state that individualistic behaviors are defined in terms of personal costs and benefits. Conversely, collectivist societies, such as Brazil, Taiwan and Korea, emphasize the importance of group membership and cohesiveness of the group over individual achievement. In collectivist societies, there is a tendency to avoid open conflicts. It can be said, therefore, that the first officer from a collectivist society would be less likely to challenge a captain who is doing something that the first officer feels uncomfortable with. On the other hand, a first officer from the individualistic culture may challenge the captain, but could come across as aggressive when speaking out.

Power distance. Power distance refers to the inequality in human relationships. Hofstede (1991) defines power distance as “a measure of the interpersonal power or influence between boss and subordinate as perceived by the less powerful of the two, the subordinate.” In a high power-distance culture (e.g., Malaysia, the Philippines), leaders are more likely to be expected to be decisive, and subordinates are expected to be more submissive (Braithwaite, 2001). In countries with lower power distance, such as the United Kingdom, Australia and Denmark, subordinates feel more comfortable about approaching superiors and, if necessary, contradicting them (Helmreich and Merritt, 1998). A culture combining high power distance with collectivism would likely lead to a person being less likely to speak out to a superior when there is something he or she is concerned about.

Based on the definitions above, it is feasible that when high collectivism, high power distance and high uncertainty avoidance are combined, the result is likely that a person with higher authority is not to be challenged. Challenging a person with higher authority would be deemed to be outside accepted cultural norms and would likely result in a lower likelihood of the authority figure being challenged even if there is something that does not seem right.

Another major national culture problem is language. It is quite obvious that there can be a problem when two people speak different languages. A more subtle problem, however, is when a message is misunderstood due to cultural or linguistic differences. The same words are often used differently or have different meanings in different cultures. A good example is how “yes” does not always mean yes in some cultures. For one culture, the word yes means “'I have heard you,” rather than “I have understood you and agree or will do it.” A native English speaker may think that the non-native English speaker agreed with what he or she said when, in fact, all that was meant was “I heard you.” Such language problems can cause misunderstandings, confusion and occasionally distrust.

Organizational culture is sometimes called corporate culture. Reason (1993) defines corporate culture as “the set of unwritten rules that govern acceptable behavior within and outside the organization. It emanates from the strategic apex of the company and colors all of its activities.”

Organizational culture can differ among organizations operating in the same country. For instance, one airline may have a fairly rigid, hierarchical company structure, and another airline may have a flat company structure where people treat others as more or less equals. Behaviors among staff within those two companies are likely to be quite different because of these cultural differences. Another example of different organizational cultures is two companies in the same country (operating within the same regulatory framework) where one company tolerates deviations from standard operating procedures (SOPs) and the other company is not tolerant of any such deviations.

Professional culture is frequently formed around the norms and values of the senior members of a profession, who then pass the culture to newcomers. The culture often becomes the basis of a common bond among those in the profession. In the aviation industry, for example, pilots often tend to feel a common bond with other pilots simply because they share an occupation.

As with other cultures, professional cultures can have strengths and weaknesses. A professional bond between crewmembers can lead to good crew resource management (CRM), which in turn leads to shared goals and increased flight safety.

Professional culture, however, can also be a hazard. Professional pride can contribute to a person trying to work when not mentally or physically fit to do so. This often occurs because an individual does not want to appear to be unfit for the job in the eyes of his or her peers. Many times, an individual will attempt maneuvers that push safety margins or may have unrealistic expectations of his or her own abilities and limitations.

Socio-cultural differences can arise among any of the various personnel involved with flight. Differences and conflicts may occur between:

Each type of culture influences an individual’s behavior, including the decisions they make and how they react in certain situations. As such, understanding socio-cultural factors and their influence is important for everyone involved in aviation. Knowing that other people may act in a certain way in a given situation or may have a different outlook is important to flight safety.

In order to help manage cultural differences, crewmembers should be advised that the effectiveness of a crew does not depend solely on the competency of each individual. Rather, it also depends on how the crew interacts with each other and those outside the aircraft (e.g., controllers). Each crewmember needs to be proactive as well as cooperative and work toward enhanced performance for the team. If crewmembers do not coordinate their efforts, they will be less effective, even if each has excellent technical skills.

The following Japanese fable illustrates this point quite well:

A father presents an arrow to each of his three Samurai sons who were not getting along with each other. He tells each son to break his arrow, which each of them succeeds in doing. The father then gives them each three arrows and tells them to break all three arrows at once, which none of them can do. The father tells them to work together, for the team of three is stronger than one. 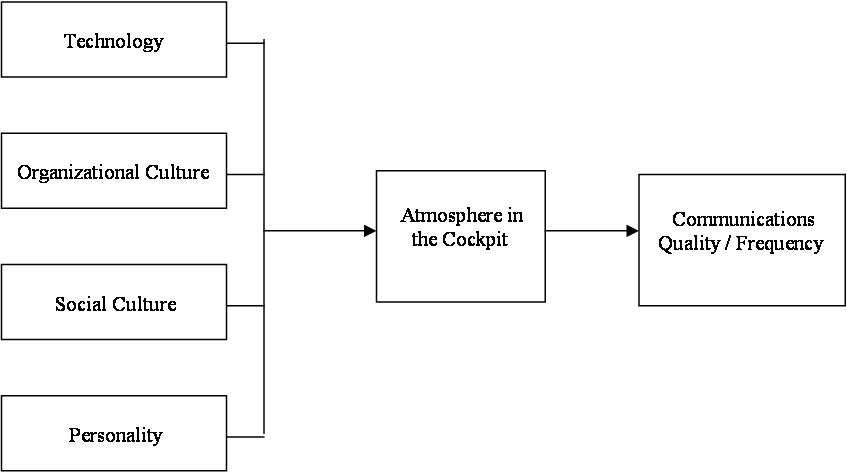 The following are factors that every crewmember should understand in order to prevent cultural differences from affecting flight safety: