An oceanic climate, also known as a marine climate, is the humid temperate climate sub-type, in Köppen classification Cfb, typical of west coasts in higher middle latitudes of continents, generally featuring cool summers and mild winters (for their latitude), with a relatively narrow annual temperature range and few extremes of temperature. Oceanic climates can be found in both hemispheres generally between 40 and 55 latitude, most notably in Northwest Europe, Northwest North America, as well as Tasmania and New Zealand.

The polar jet stream, which moves in a west to east direction across the middle latitudes, advances low pressure systems, storms, and fronts. In coastal areas of the higher middle latitudes (45–60° latitude), the prevailing onshore flow creates the basic structure of most oceanic climates. Oceanic climates are a product and reflection of the cool ocean adjacent to them. In the autumn, winter, and early spring, when the polar jet stream is most active, the frequent passing of marine weather systems creates the frequent fog, cloudy skies, and light drizzle often associated with oceanic climates. In summer, high pressure often pushes the prevailing westerlies north of many oceanic climates, often creating a drier summer climate (for example in the Northwest coast of North America, bathed by the Pacific Ocean.

The North Atlantic Gulf Stream, a tropical oceanic current that passes north of the Caribbean and up the East Coast of the United States to North Carolina, then heads east-northeast as the North Atlantic Current, is thought to greatly modify the climate of Northwest Europe. As a result, west coast areas located in high latitudes like Ireland, the UK, and Norway have much milder winters (for their latitude) than would otherwise be the case. The lowland attributes of western Europe also help drive marine air masses into continental areas, enabling cities such as Dresden, Prague, and Vienna to have maritime climates in spite of being located well inland from the ocean. 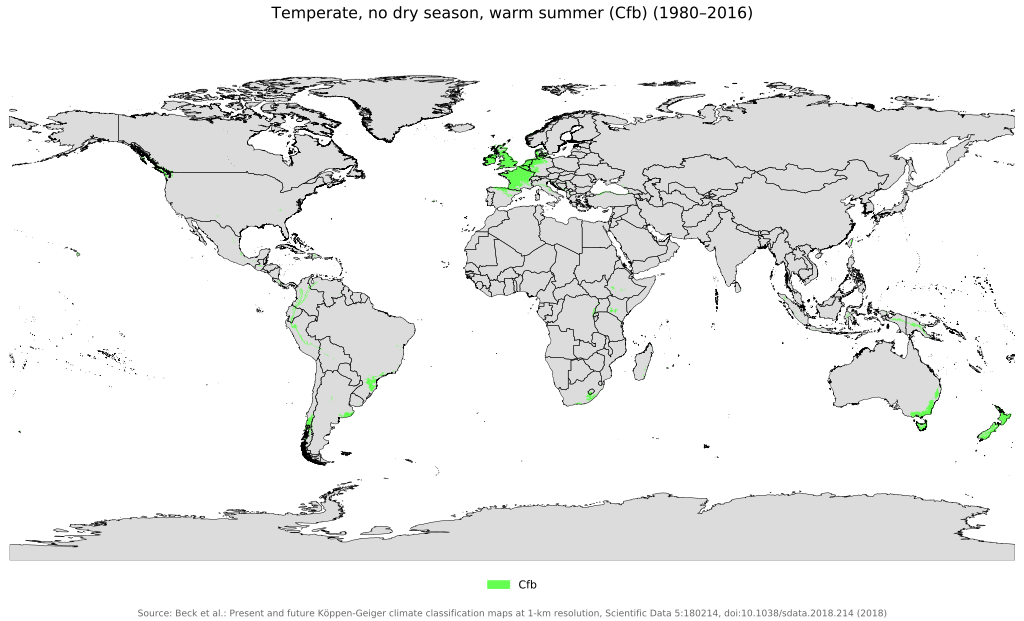