In aeronautics, transonic refers to the condition of flight in which a range of velocities of airflow exist surrounding and flowing past an air vehicle or an airfoil that are concurrently below, at, and above the speed of sound in the range of Mach 0.8 to 1.2. This condition depends not only on the travel speed of the craft, but also on the temperature of the airflow in the vehicle's local environment. It is formally defined as the range of speeds between the critical Mach number, when some parts of the airflow over an air vehicle or airfoil are supersonic, and a higher speed, typically near Mach 1.2, when the vast majority of the airflow is supersonic. Between these speeds some of the airflow is supersonic, but a significant fraction is not. 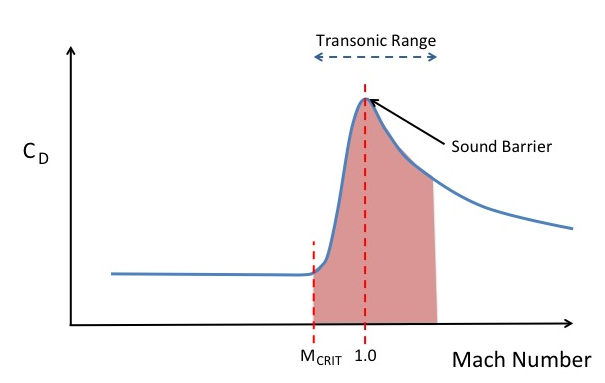 The relationship between Drag Coefficient and Mach Number: The Transonic Range

Most modern jet powered aircraft are engineered to operate at transonic air speeds. Transonic airspeeds see a rapid increase of drag from about Mach 0.8, and it is the fuel costs of that drag that typically limits the airspeed. Attempts to reduce wave drag can be seen on all high-speed aircraft; most notable is the use of swept wings, but another common form is a wasp-waist fuselage as a side effect of the Whitcomb area rule. 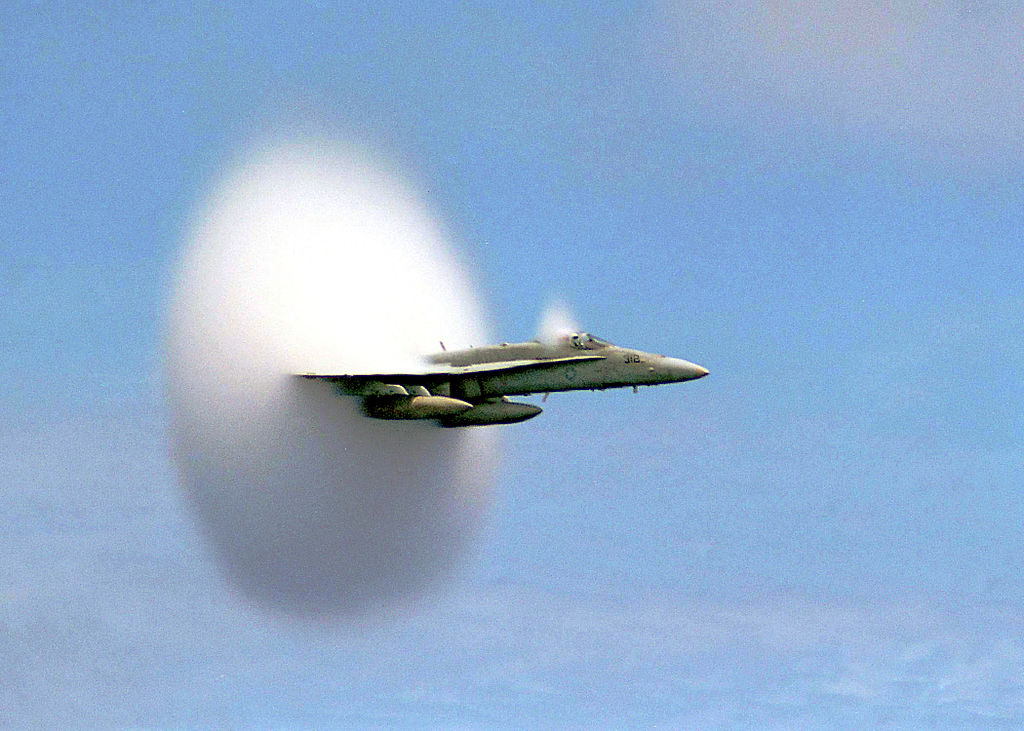 Severe instability can occur at transonic speeds. Shock waves move through the air at the speed of sound. When an object such as an aircraft also moves at the speed of sound, these shock waves build up in front of it to form a single, very large shock wave. During transonic flight, the plane must pass through this large shock wave, as well as contend with the instability caused by air moving faster than sound over parts of the wing and slower in other parts.

Transonic speeds can also occur at the tips of rotor blades of helicopters and aircraft. However, as this puts severe, unequal stresses on the rotor blade and may lead to dangerous accidents if it occurs, it is avoided. Blade tip speed is one of the limiting factors to the size of rotors, and also to the forward speeds of helicopters (as this speed is added to the forward-sweeping (leading) side of the rotor, thus possibly causing localized transonics).