A tropical monsoon climate, however, has its driest month seeing on average less than 60 mm, but more than

. This latter fact is in direct contrast to a tropical savanna climate, where the driest month sees less than 60 mm of precipitation and also less than

of average monthly precipitation. In essence, a tropical monsoon climate tends to either see more rainfall than a tropical savanna climate or have less pronounced dry seasons. Soil moisture is adequate to support a rain forest. Additionally, a tropical monsoon climate tends to see less variance in temperatures during the course of the year than a tropical savanna climate. This climate has a driest month which nearly always occurs at or soon after the winter solstice for that side of the equator. The term monsoon refers to a seasonal shift in wind direction which corresponds to changes in rainfall occurrence. 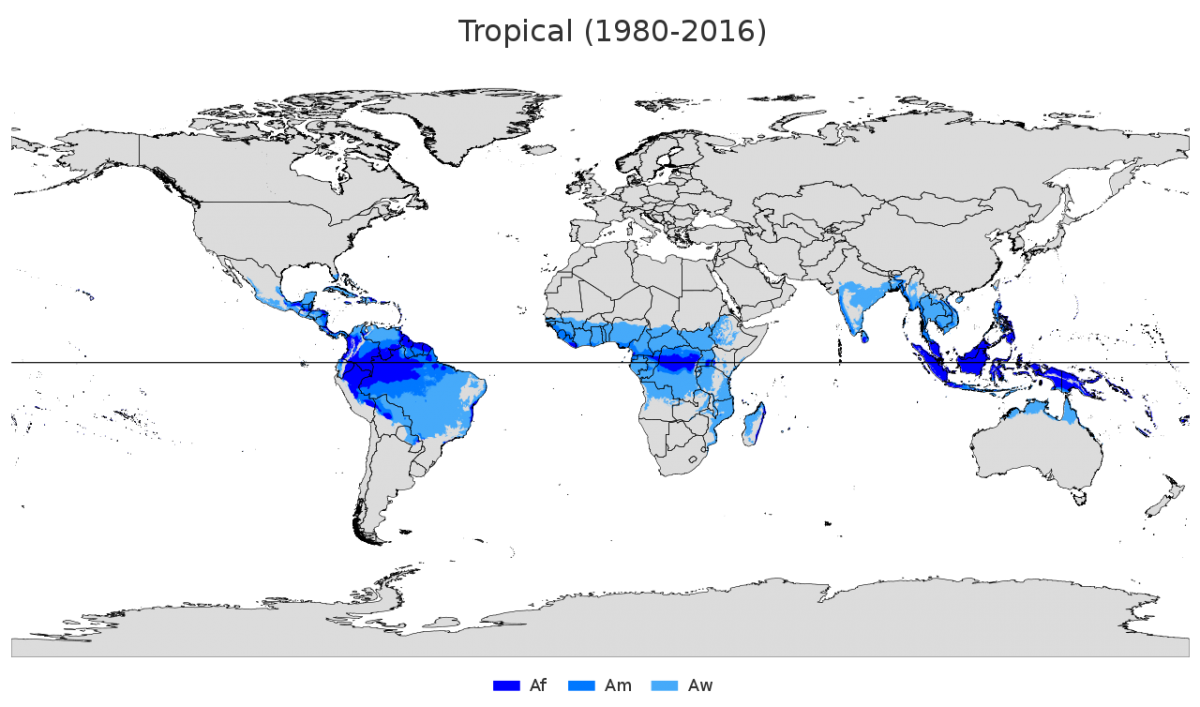 There are generally two versions of a tropical monsoon climate:

During the rainy season, heavy rains can cause disruption to infrastructure and airport emergency services. Thunderstorms can be accompanied by severe downdrafts and heavy rain causing flooding on airport surfaces and the risk of aquaplaning on runways. Strong thunderstorms and high winds are more common with the onset of the monsoon rains. Cumulus clouds are common in the rainy season.  Much less cloud cover occurs in the drier months.