An intense rotating depression which develops over tropical ocean areas. 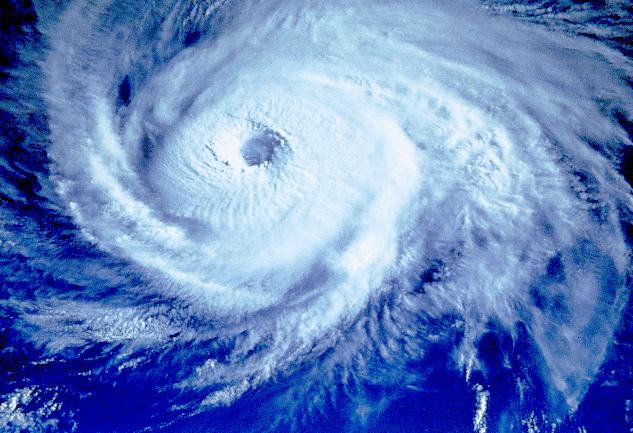 A Tropical Revolving Storm can cause significant damage to infrastructure and high loss of life. Areas affected by a significant storm can take months or even years to recover from the human, economic, and environmental damage. It is not uncommon for aircraft to be evacuated from an airport in advance of the landfall of a tropical storm. Damage and disruption to Airport and ATM infrastructure may render airports across a large area unusable, reducing the capacity and capability of ANSPs and closing, or reducing the capacity of, airports.

The diameter of a tropical storm is generally less than 500 nm and often only 100 nm in its early stages of development. With pressure frequently about 960 millibars, and often much less, the pressure gradient is such that winds regularly reach hurricane force.

The circulatory velocity of these storms is so great that, once formed, no frontal structure can persist and they become almost symmetrical circular depressions.

The factors which contribute to the intensity of a revolving storm are:

A tropical storm can only maintain its power when it is located over the warmest parts of the oceans - where surface waters are at 26°C or more. It will dissipate rapidly after crossing a coastline and moving inland, and it will lose energy more gradually if it strays into a region of cooler water.

Even when tropical storm has dissipated, there frequently remain extensive remnants of very warm and moist air in the upper atmosphere. If this warm and humid air is absorbed into the circulation of a travelling Atlantic temperate-latitude depression it may provide sufficient added energy to cause a dramatic intensification of that depression, and this is undoubtedly the cause of some (but by no means all) of the severe September gales that have swept north-west Europe over the years.

Tropical Revolving Storms are known by different names in different regions of the world.

Tropical Revolving Storms are known as: