This article is intended to provide information on the use of time-critical phraseology based on ICAO Doc. 9432 Manual on Radiotelephony and on the UK Manual of Radiotelephony CAP 413. It also examines controllers’ and flight crews’ expectations regarding the use of “now”, “immediately” and “expedite” in ATC clearances, and identifies associated safety issues. The advice provided in this article shall not take precedence over applicable rules and local procedures.

Controllers are trained to plan the situation well in advance to achieve smooth flow of air traffic. This sometimes means that the clearances have to be complied with without delay. There are also situations where things do not happen as intended, and prompt action becomes necessary. Examples of such situations are:

The most commonly used words to indicate that a situation requires prompt action for safety reasons are “now”, “immediately” and “expedite”.

The word “now” is used to indicate that the execution of the instruction is expected to commence at once in order to: 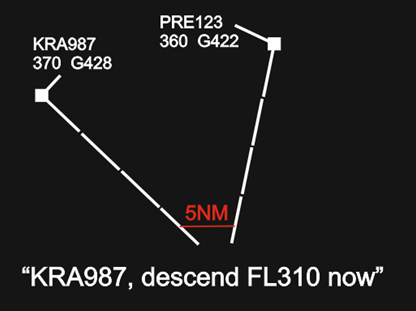 The use of “immediately”

The words “immediate” or “immediately” may be used:

The use of “immediately” is always associated with urgency due to a situation which is or may become hazardous to safety. Both ICAO Doc 9432 and UK CAA CAP 413 recommend using the word “immediately” in conjunction with the phrase “due traffic” when instant action is required by a pilot. It clearly communicates the reason without giving unnecessary additional detail. The pilot is expected to comply as quickly as possible. Due to the urgency of the situation the controller may explain the reasons for the instruction after the safety issue has been resolved. 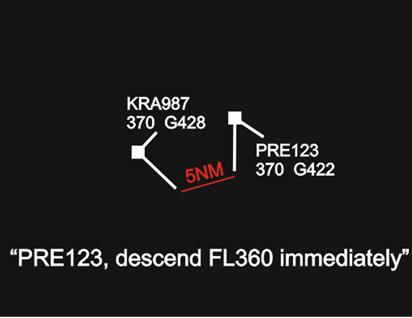 The use of “expedite”

The word “expedite” is used when a higher-than-normal rate of climb or descent is required. It provides a simple way to achieve vertical separation because the use of a single word instruction reduces the chances of an incorrect readback. The use of “expedite” implies that the action should start “now”.

The controller’s expectations when the word expedite is used are that climbing aircraft will maintain the best rate of climb possible and that descending aircraft will achieve vertical speeds between 2000 fpm and 3500 fpm.

When using “expedite” in respect of the rate of climb or descent, a controller should remember that such an instruction is not a specific vertical speed. For climbing aircraft, even the best possible rate of climb may not be sufficient to ensure ay required traffic separation and for descending aircraft the chosen rate of descent is at the pilot's discretion and the degree of uncertainty about the vertical position will grow as time passes.

Examples of proper and improper use of “expedite”:

Example 3: Proper use – any rate of descent above 1500 ft/min will be sufficient to ensure separation. 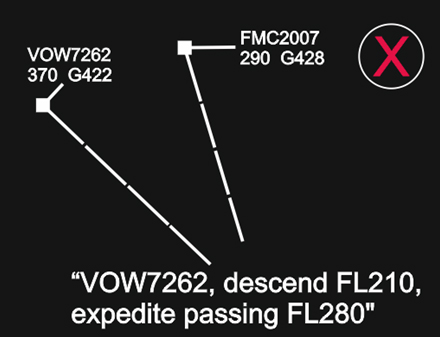 Another example for the use of the word “expedite” in a time-critical situation is when an aircraft is requested to vacate (or to cross) a runway and to do so without delay. ICAO Doc. 4444, 7.10.3.1 states: When necessary or desirable in order to expedite traffic, a landing aircraft may be requested to: [..] d) expedite vacating the runway. However, caution should be used when issuing this instruction to a landing aircraft because the pilot may be unable to assess the extent of the implied urgency and may be indirectly encouraged to attempt to exit the runway at an inappropriately high speed or to continue along the runway to the first (but distant) exit at an inappropriately high speed which may then lead to directional control difficulties if ground speed is not reduced to that appropriate to the turn off. The timing of any such instruction to landing traffic should also be considered carefully. When given to traffic whilst it is still airborne, it may indirectly encourage a long landing and when given to any aircraft whilst still at a high ground speed during the landing roll, it may represent a distraction to the pilot(s) at a critical time.

ICAO Doc. 4444 is specific regarding the phraseology to be used when a runway crossing clearance which must be actioned quickly is issued: EXPEDITE CROSSING RUNWAY (number) TRAFFIC (aircraft type) (distance) KILOMETRES (or MILES) FINAL.

Some of the reasons for this are:

Although ICAO Doc 4444 (Chapter 12) and ICAO Doc 9432 use only the word “immediately” to imply urgency, some national guidance differs. Despite the dictionary equivalence of the two words, UK CAA CAP 413 draws a distinction between “now” and “immediately” as follows:

“If an ATS unit wishes to indicate that the instruction or clearance must be complied with at once, the controller's message will include the word 'now' or 'immediately'. Use of the word 'now' indicates that the instruction should be complied with in accordance with normal aircraft operating procedures, but without delay. Use of the word 'immediately' indicates a further degree of urgency exists (e.g. to avoid flight into terrain or restricted airspace, or for the provision of collision avoidance, see Chapter 5 Paragraph 1.6.4 Avoiding Action Phraseology). In such circumstances, the pilot should take action to comply with the instruction as soon as practicable, subject to the safety of the aircraft.”

The word “now” is sometimes used by a controller because it is a shorter word. It is possible that the use of “immediately” rather than “now” would result in sharper turns, higher vertical speeds and less delay in response but in the absence of harmonisation internationally and a minimum requirement for competence in the English language which is somewhat less than fluent, it must be accepted that a distinction between the degree of urgency between “now” and “immediately” may be inferred in either direction or not at all.

Interpretation by pilots and controllers

Both pilots and controllers recognise that the use of either "immediately" or "now" indicates that the user believes that safety may be compromised.

Controllers providing service in which traffic separation is prescribed will see safety as compromised if there is an (imminent) loss of separation. However, prescribed separation minima may vary both within and between countries and this can lead to different controller behaviour (see Example 5). 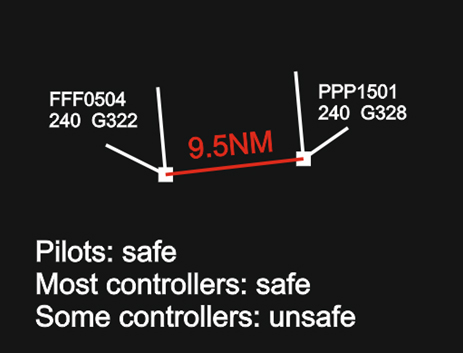 Example 5: This situation will be considered safe if the horizontal separation minimum is 5NM. If the minimum is 10NM however, an incident investigation may follow. Depending on local regulations and other factors it is possible that this situation would be assessed as a serious incident since there is neither vertical nor horizontal separation between the aircraft and at least one of the separation minima (vertical) has been breached by more than 50%).

Pilots are trained to recognise that safety has been compromised when there is a TCAS RA but when they are relying on visual separation, their perception of the point at which safety has become compromised may vary. 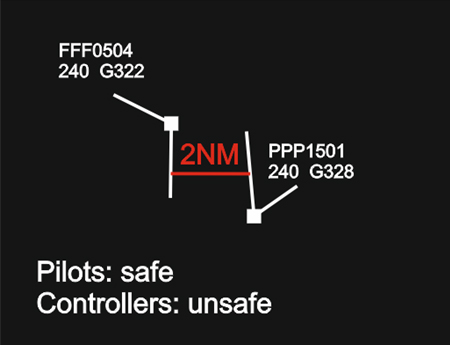 Example 6: Although controllers would consider the situation as a loss of separation, the pilots would most likely assume that there is no safety hazard, especially in VMC and when there is visual contact with the other aircraft. Also, there will be no TCAS RA.

The use of urgency phrases has some safety aspects. There are situations where improper use can lead to or contribute to a loss of safety. Some potential scenarios for this are:

The advice contained in this section should not take precedence over applicable regulations and procedures.