A visual approach slope indicator system is a system consisting of four light units situated on the left side of the runway in the form of two wing bars referred to as the upwind and downwind wing bars. The aircraft is on slope if the upwind bar shows red and the downwind bar shows white, too high if both bars show white, and too low if both bars show red. Some aerodromes serving large aircraft have three-bar VASIS, which provide two visual glide paths (GP) to the same runway.

The main systems in use are the:

Note: According to the recommendation in point 5.3.5.4  of ICAO Annex 14, Volume I, as of 1 January 2020, the use of T-VASIS and AT-VASIS as standard visual approach slope indicator systems should be discontinued. 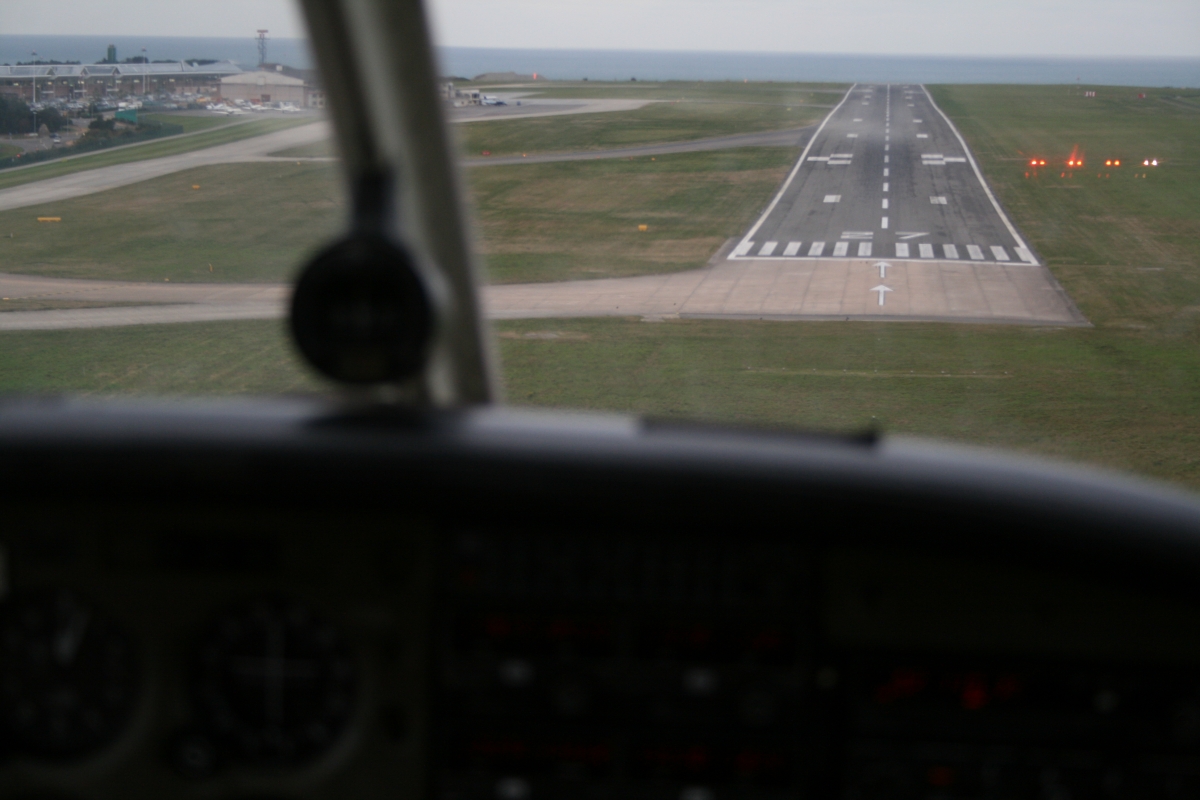 The PAPI can be seen to the right of the runway.

There are other, less common approach slope indicator systems.

The useful range of these systems is about four miles during the day and up to ten miles at night.

PAPI minimum altitude (height above threshold) depends on the particular installation. There is no universal value and differences from runway to runway are common. A typical value is perhaps 50-60 ft. The lowest point where PAPI signal is useful is called MEHT (minimum eye height over threshold) and is included in the AIP for the particular runway.  The declared MEHT makes assumptions regarding the position of the pilot's eyes and the ILS aerial of the aircraft, which of course varies from one aicraft type to another. In most cases PAPI is useable almost until touchdown but some states may have rules about switching them off if the ceiling or RVR is below a certain level, in which case the PAPI may be useable but not available.