Volcanic Ash is defined as very small solid particles ejected from a volcano during an eruption which have intermediate axes measuring 2 mm or less (US Geological Survey) and "fine ash" is further defined by the same source as particles smaller than 1/16 (0.0625) mm across.

During a volcanic eruption, huge quantities of material can be ejected into the atmosphere, reaching great height and remaining a threat to aviation for several months. Volcanic ash accumulates at higher altitudes in clouds which then drift with the wind. The ash does not show up on aircraft weather radar or ATC radars because of the small size of the particles. Ash particles carry electrical charges and, within a cloud of volcanic ash, this can give rise to Thunder and Lightning in the area immediately overhead the eruption.

At night, St Elmo's Fire, created when charged ash particles hit the aircraft, may be the first circumstantial indication to a flight crew that they are flying into dense volcanic ash. Other indications might be a sulphurous smell and dust within the cabin.

Volcanic Ash encounter can result in engine damage and malfunction: 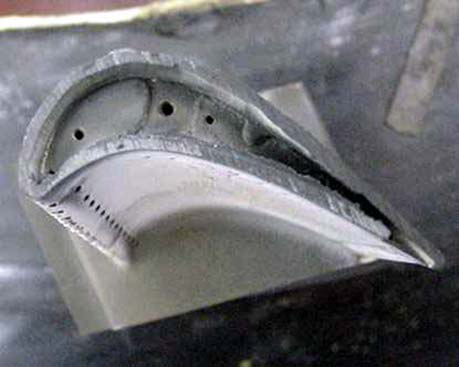 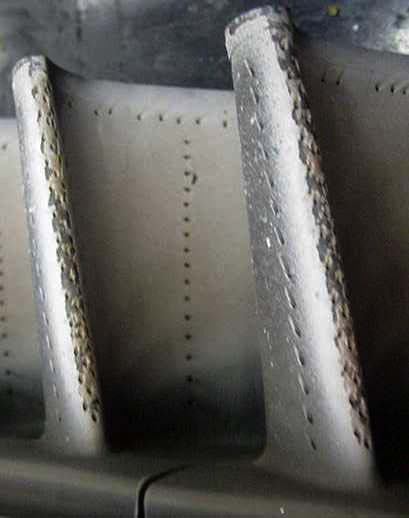 Cruising at FL370, the aircraft, a Boeing 747-200, British Airways Flight 9, en-route at night from Kuala Lumpur to Perth, entered a dense cloud of volcanic ash in the vicinity of a volcanic eruption from Mount Galunggung. The crew had noticed St Elmo's fire and an acrid smell and dust had entered the cabin through the air conditioning system. All four engines failed and the aircraft started to descend. Once clear of the ash cloud, the crew managed to restart the engines in succession but because of continued malfunction of one of them, it was shut down and an en route diversion was made to Jakarta on 3 engines.

On 15 April 2010, large sections of airspace over Northern Europe began to be affected by a large area of fine volcanic ash drifting south east from an erupting volcano in Iceland. The suspension of acceptance of IFR Flight Plans for flights in any part of the affected airspace because of the perceived risk effectively shut down the commercial air transport system over a wide area. 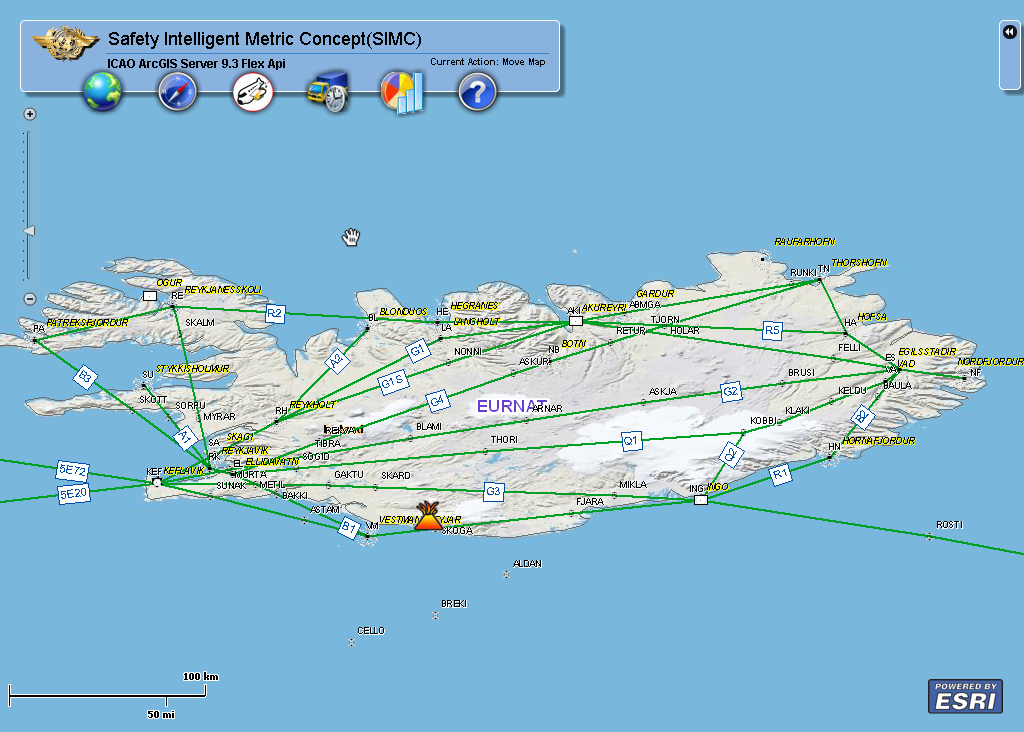 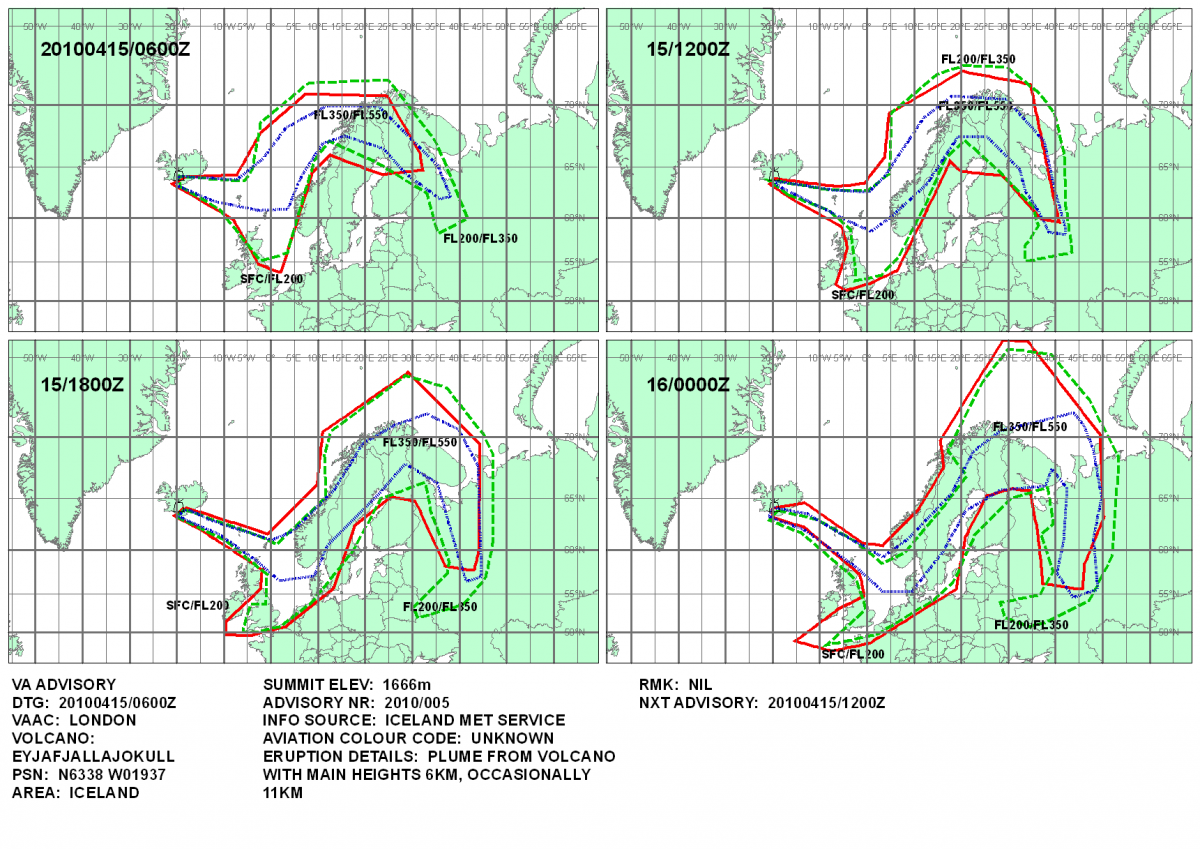 Of interest is the article published in the Physics and Chemistry of the Earth journal "On visibility of volcanic ash and mineral dust from the pilot's perspective in flight", published in April 2012.

On 24 June 1982, a Boeing 747-200 had just passed Jakarta at FL370 in night VMC when it unknowingly entered an ash cloud from a recently begun new eruption of nearby Mount Galunggung which the crew were unaware of. All engines failed in quick succession and a MAYDAY was declared. Involuntary descent began and a provisional diversion back to Jakarta, which would necessitate successful engine restarts to clear mountainous terrain en-route was commenced. Once clear of cloud with three successful engines restarts and level at FL120, the diversion plan was confirmed and completed with a visual approach from the overhead.

On 15 December 1989, a Boeing 747-400 positioning for a planned en-route stop at Anchorage with crew awareness of a significant volcanic eruption in progress some 150 nm upwind entered volcanic ash during descent north northeast of the airport. When an attempt to climb out of the ash using full thrust was made, all engines failed. After repeated and eventually successful engine restart attempts as a 13,000 feet loss of altitude occurred, the fight was completed. The Report of the comprehensive NTSB Investigation remains unpublished with only a brief factual report containing neither Safety Recommendations nor Safety Actions issued. 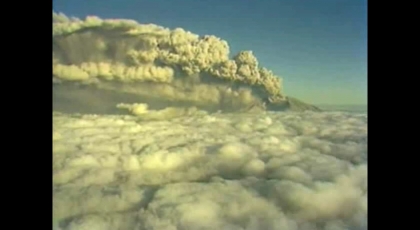