Ground weather radars are surveillance sensors that are used to discover, assess and track hazardous weather (mostly CB clouds and associated phenomena such as thunderstorms and hail). They use the same operating principle as the Primary Surveillance Radar (PSR)), i.e. derive information from echoes received after transmitted electromagnetic pulses are reflected by the hydrometeors forming the clouds and the precipitations. However, instead of detecting aircraft and filtering out clutter (e.g. terrain and clouds) they focus on the airborne clutter. Since the size of the water particles in the clouds is much smaller than that of aircraft, weather radars operate much higher frequencies (3-10 GHz) and therefore, shorter wavelengths (10-3 cm) than PSR. Shorter wavelength radars can detect smaller particles at the expence of reduced range.

While the basic operational principle of the ground weather radar is similar to that of the PSR, it can provide a much wider variety of information about the meteorological phenomena. This includes: 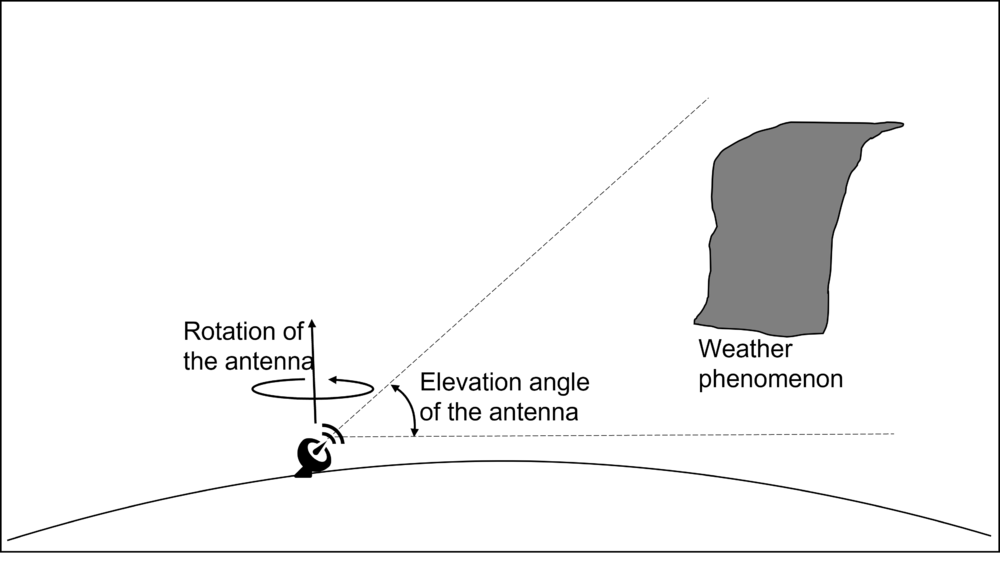 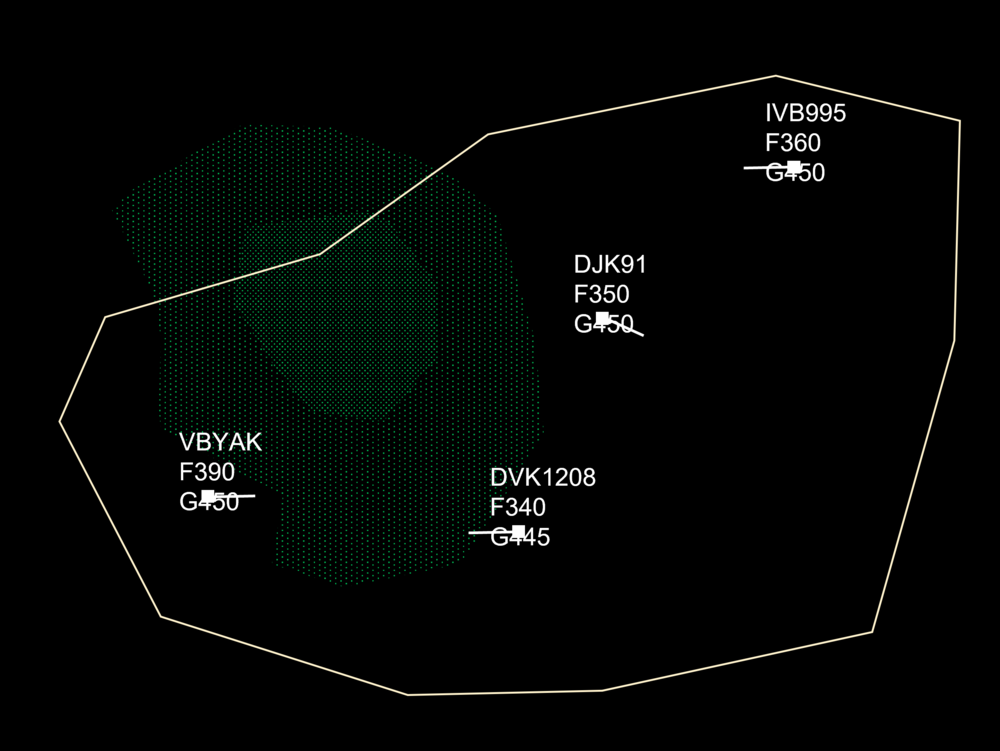 Example of weather data on the situational display. Note that dull colours are used so that distraction is minimized. Different intensities are shown using a variety of fill patterns. 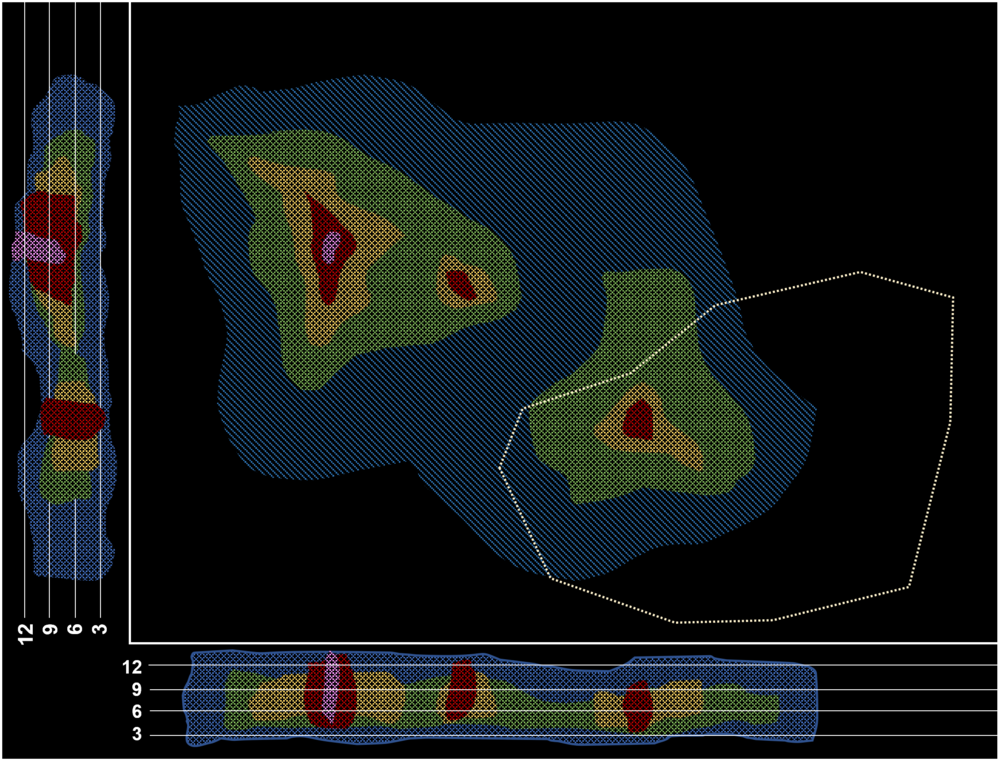 Example of weather data on a separate display. Note the use of different colours as well as the vertical view (below and left of the planar view).

Cumulunimbus clouds usually develop very fast, often within 10-20 minutes (from a clear sky). They may also move quickly with the associated weather front (at speeds of around 30 knots).

Depending on the equipment, collecting and processing of weather information can be time consuming to the extent that when the output data is available, the phenomenon:

Use of Ground Weather Radars by Controllers

Air traffic controllers may be presented with information from the weather radars integrated in their situational display or on a separate monitor. The advantage of the former is that the weather data and traffic situation are integrated. The drawback is that the display becomes more cluttered so it is more likely to cause a distraction or to have some important information obscured. To mitigate this, the weather data is normally presented in a more basic way compared to the view on a dedicated display. A specialized monitor usually uses a colour palette to present different intensities and may also provide 3-D information about the phenomenon while the integrated display is sometimes limited to just one colour with different patterns showing the different intensities.

The use of this information is described in the local instructions (e.g. manual of operations). Depending on the reliability of the information, its use may vary from enhancing the controllers' Situational Awareness (e.g. what traffic begaviour to expect) to providing information to pilots or guidance on weather avoiding. For example, in the US controllers provide information about the location and intensity (light/moderate/heavy/extreme) of the precipitation. Radar navigational guidance is provided on request by pilots.

Because of limitations described in the section above, weather information on the radar screen may be obsolete by the time it is available. Depending ot the situation, it may be useless, or, in some cases, even dangerous to rely on. For example, if a controller is trying to guide an aircraft to a gap between two CBs, it is possible that due to their development and/or movement (and the delayed information), the safe path has also moved or does not even exist anymore. As a result, controllers may only be allowed to use this information for enhancing their situational awareness.