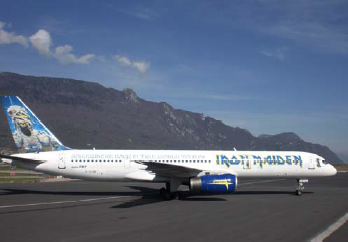 To start and push back an aircraft, a ground crew (or start crew) is usually needed and is typically provided by the airport, and paid for by the airline.

Several accidents have occurred over the years during engine start and push-back and so good communication with the ground crew over the intercom is essential. Once the aircraft’s red flashing beacon is lit all non-essential ground crew must stay clear of the aircraft.

If the aircraft is at a gate it will require push back, which requires a tug. If parked on a stand it is often acceptable to taxi the aircraft directly from the stand.

ATC may provide a conditional clearance stating that pushback is approved once an aircraft passing behind has cleared. This must then be passed onto the ground-crew. The engines are usually started during the push-back. Traditionally engine start has been a critical element as it has resulted in problems, such as hot starts and hung starts. With modern engine control systems these problems are very rare however the crew still pay a lot of attention to the engine gauges during engine start, and look for indications of problems.

Once the engines are running and all after start checklists have been completed a taxi clearance will be obtained.

Greater emphasis is now being given to the prevention of ground collisions and runway incursions. Procedures are therefore being adopted with the philosophy that both pilots are to monitor the taxi route and avoid being ‘heads down’ in the cockpit whilst taxiing. Common procedures that will be seen during the ground phase of the flight will therefore be:

In keeping with this philosophy it is therefore best practice for controllers to refrain from issuing any instructions when aircraft are approaching any such turning points or runways in order to avoid the pilots becoming distracted at those locations.

Go To Take-off and Climb