Axes of Motion and Stability

Axes of Motion and Stability

A yaw rotation is a movement around the yaw axis of an aircraft that changes the direction the vehicle is facing, to the left or right of its direction of motion. 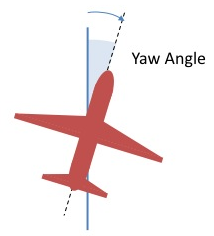 Roll is the angular rotation of the aircraft about the axis running from nose to tail. 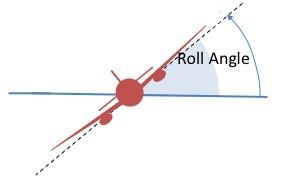 Pitch is the angular rotation relative to the lateral (wing to wing) axis of the aircraft - nose up or nose down. 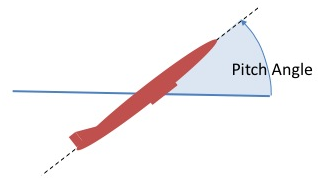 All transport aircraft demonstrate positive stability in at least some sense. The importance of this is that the concept of stability can apply to a number of different parameters simultaneously. Speed stability, the condition of an airplane returning to its initial trimmed airspeed after a disturbance, is familiar to most pilots. The same concept applies to Mach Number. This stability can be independent of airspeed if, for example, the aircraft crosses a cold front. When the OAT changes, the Mach Number changes even though the Indicated Airspeed may not. Aircraft that are ‘Mach stable’ will tend to return to their original Mach Number. Many jet transports incorporate Mach trim to provide this function.

Similarly, commercial airplanes are made stable with respect to aerodynamic load factor. When a gust or other airflow disturbance affects the load factor, the aircraft will return to its initial trimmed load factor (usually 1.0). This ‘manoeuvring stability’ requires a sustained force to achieve an increased load factors, for example in a steep turn.

One important side effect of stability is that it allows for a degree of ‘inattention’ even without an autopilot being engaged. If the pilot releases the controls for a short period of time, stability will help keep an aircraft in the state which it was left in. Another important side effect of stability is tactile feedback to the pilot. On aircraft with static longitudinal stability, for example, if the pilot is holding a sustained rearward force on the control column, then the speed is probably less than the last trim speed.

Fly-By-Wire aircraft are relatively unstable aerodynamically. The movements of flight controls are converted to electronic signals transmitted by wires (hence the fly-by-wire term), and flight control computers determine how to move the actuators at each control surface to provide the ordered response. The fly-by-wire system also allows automatic signals sent by the aircraft's computers to perform functions without the pilot's input, as in systems that automatically help stabilise the aircraft. Many modern transport aircraft use fly-by-wire systems, which allow a reduction in weight and provide a degree of protection from dangerous aerodynamic characteristics. Military fighter aircraft using fly-by-wire are aerodynamically unstable; this allows greatly increased manoeuvrability. The controls of fly-by-wire aircraft must be provided with 'artificial feel' to allow the pilot to experience the resistance to control movement normally provided through mechanical or hydraulic control systems.

Q1: The angular rotation of the aircraft about the axis running from nose to tail is called:

Q2: The tendency to return to an undisturbed state after a disturbance is called