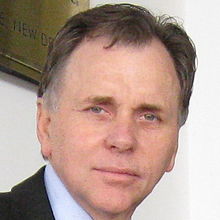 In 1982, when the Heliobacter Pylori bacterium was discovered by Dr Marshall and Dr Warren, stress and lifestyle were considered the major causes of stomach and intestinal ulcers. It is now firmly established that Heliobacter Pylori causes more than 90% of duodenal (intestinal) ulcers and up to 80% of gastric (stomach) ulcers.

Dr Warren, a pathologist from Perth, Australia, paved the way for the breakthrough when he discovered that small curved bacteria colonised the lower part of the stomach in about 50% of patients from which biopsies had been taken. Dr Marshall proved that H. pylori caused gastric inflammation by deliberately infecting himself with the bacterium. The Nobel citation praises the doctors for their tenacity, and willingness to challenge prevailing dogmas. "By using technologies generally available they made an irrefutable case that the bacterium H. pylori is causing disease. By culturing the bacteria they made them amenable to scientific study."

It is thought that H. pylori infection can trigger an ulcer by stimulating increased acid production in the stomach, leading to damage to the stomach or intestinal lining.

Lord May of Oxford, President of the Royal Society, said: "The work by Barry Marshall and Robin Warren produced one of the most radical and important changes in the last 50 years in the perception of a medical condition. Their results led to the recognition that gastric disorders are infectious diseases, and overturned the previous view that they were physiological illnesses."