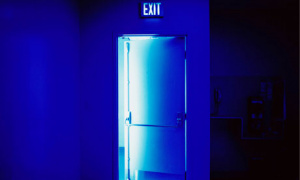 One afternoon an alarm went of on an industrial site with multiple plants. It was unclear if this was an exercise or a real alarm. Also, it was not known from which of the plants the alarm had been triggered.

As standard procedure dictates, people went inside the office buildings and sealed doors and windows. The emergency crew counted everybody and checked the safety of the location. The alarm persisted. At some point, one of the people got up, started packing his stuff and said he was going home "because this was an exercise anyway". He ignored repeated instructions from the emergency staff and left the building, walking across the site to go home. 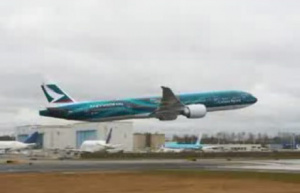 A senior pilot with Cathay Pacific Airways has been sacked for an "unauthorised low-level flypast" of a new Boeing 777-300ER in Seattle. According to The Register (website) the captain of this acceptance delivery flight was sacked for not obtaining the correct approval of the company to show off the new aircraft.

Not taking notice of notices 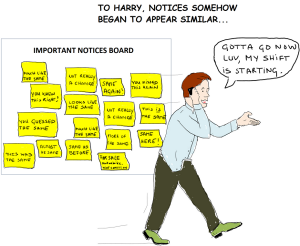 The air traffic controller was coming in for his shift to begin. He was perhaps a trifle late, but hey, everybody is working overtime these days with the shortages. And anyway, he had one minute to spare. He passed the board with "important notices" but he was confident that since his last shift yesterday things could not possibly have changed. 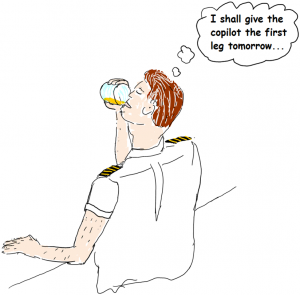 The captain thought he would sleep a little better with a drink, although there were less than 12 hours "from the bottle to the throttle".