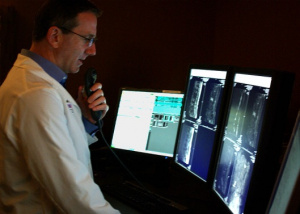 A radiologist interprets a photo and sees a tumour. When checking the images from the same patient a year before, he sees it on those images as well. In hindsight, he could have seen the tumour one year earlier. He does not report this to the patient. Why not?

As it appears, missing a tumour on a photo is not at all unusual. The radiologist literally interprets hundreds of pictures a day which is certainly straining and tiring; a certain error percentage is seen as inevitable. Despite being a clear safety catch, there is in practice no time for comparing pictures with earlier images. Interestingly, radiologists are paid by the number of interpreted images and it is said that it would not be in their (financial) interest to hire more radiologists to ease the burden of work and, more importantly, increase the safety of the interpretation. The percentage of misinterpretations are accepted as part of the job. However, missed diagnoses are not registered in any form of complication registry and are not followed up by analysis of root causes or contributing factors. So nothing is learned from them. Basically, it is seen as inevitable that one misses a diagnosis now and again and most radiologists do not deem it useful to spend time trying to improve this.

We argue this behaviour (as represented here) as an example of a broken rule: everyone in the group of radiologists at this particular hospital is clear about how safety could be improved but feel that would be too much of a penalty in pay and status. Common sense and accepted professionally correct conduct is overruled by personal gain.

A neurologist working in a large Dutch teaching hospital was known and applauded for his research into Alzheimer, Parkinson and multiple sclerosis. In 1994 he wrote a thesis on the study of Parkinson's disease.

In 1990 he suffered a complicated hip fracture due to a serious traffic accident . In 2000 he becomes addicted to Dormicum, a sedative drug. To get this drug, he forges prescriptions of colleagues. In the following years he prescribes unwarranted medication for which he fills in the needed tests for patients himself or falsifies laboratory results, mixes up radiological results of patients, and frequently makes erroneous diagnoses. Some patients were prescribed unnecessarily heavy medication or even underwent unjustifiable brain surgery. The incorrect neurological diagnoses had serious impact on the patients’ lives. One patient committed suicide after having heard the diagnosis which was later to be found incorrect.

In 2004, this neurologist is forced to leave the hospital by the board of directors. He gets € 250,000 severance pay and is imposed to remain silent on the reason for his dismissal. Indeed, also an injured patient is coerced, in return for financial compensation, to swear an oath of secrecy. The hospital board and the fellow neurologists took no action on informing patients about possible incorrect diagnoses. The neurologist promised the Healthcare Inspectorate not to work as a neurologist any more and had his licence revoked. In 2012 it was found that he was working in a hospital in Germany. He was fired immediately when that hospital board was informed.

In 2009 a special investigation committee reported that the neurologist was dysfunctional at least since 1992 and that the hospital for years had not sufficiently handled this known problem.

The neurologist is now facing criminal charges in a trial submitted by ex-patients in the Netherlands.

This would be classified as serious breach of safety responsibilities. It is hard to classify the neurologist, as part of his behaviour might be due to psychiatric problems. It seems that he started out as an "Oops", then slowly digressed to "Breaking a rule" and eventually "Deliberate breaking of a rule". The behaviour of the hospital board, knowing about a dysfunctional physician but not acting on it (even purposefully covering it up) can be classified as "Recklessness". 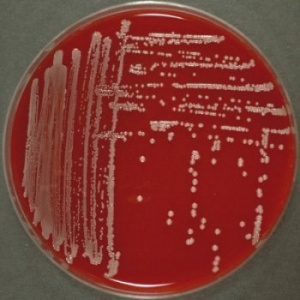 The Maasstad Hospital at Rotterdam in the Netherlands experienced an outbreak of a nasty bacterium. The Klebsiellabacterium was first found in October 2010. Only late May of 2011 the hospital board admitted that there was a problem, took action and alerted neighbouring hospitals. Of the 115 infected patients 28 died. In three of these cases the infection was very likely the cause of death.

In a special report, the Healthcare Inspectorate in the Netherlands said: "Especially the medical microbiologists have a heavy responsibility to ensure effective infection prevention and intervene when necessary. The Inspectorate found that they did not act as expected […]. All medical microbiologists were aware of the Klebsiella outbreak but did not respond adequately to the increasing number of infected patients. They neglected to take action which should have been their responsibility and sought insufficient help from above and from outside."

This can be seen as a deliberate violation of a rule: the rule was clear, people did not think it was necessary to act.

Although he could not see the runway yet, the captain descended the aircraft below the minimum descent altitude because he was low on fuel and did not want to go-around. 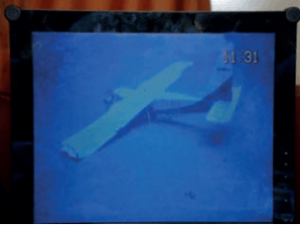 Operating in the Dutch Caribbean, the pilot of a Britten Norman Islander took on passengers for a full load of his aircraft. The load-sheet reported precisely the maximum take-off weight. During the flight, one of the engines stopped. Instead of flying to the nearest airport, the pilot thought he could reach his destination airport on one engine. However, the aircraft was overloaded because it was company customary to estimate the weight of the passengers at 167 lbs per person.

As it turned out, this was a routine underestimation. Even if the aircraft was overweight, the pilots put in the maximum take-off weight in the papers to formally stay (or would appear to stay) within regulations.

The aircraft crashed in the sea. All passengers escaped and survived. The aircraft sank to the bottom of the ocean. The pilot, most likely rendered unconscious because of the impact with the water, was killed.